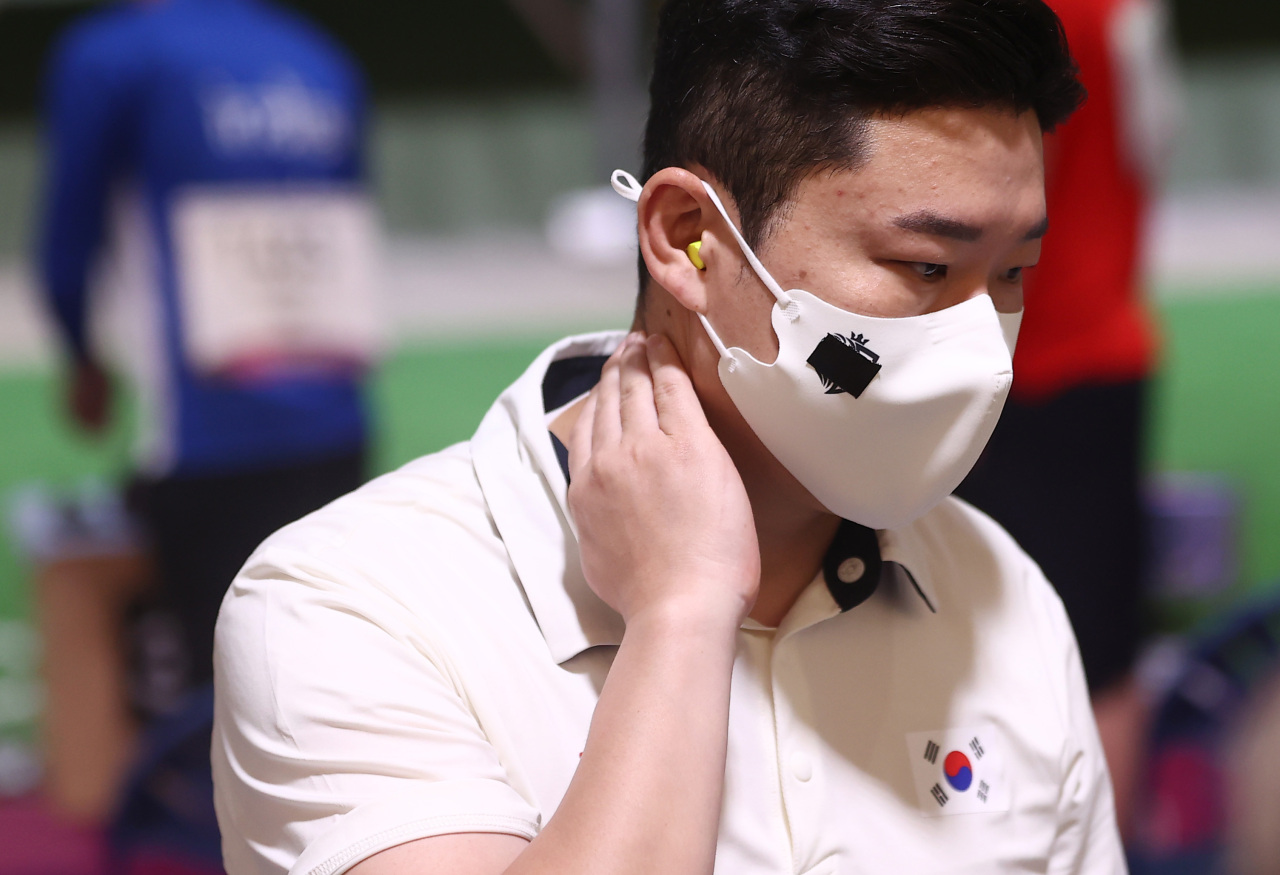 In this file photo from Saturday, Jin Jong-oh of South Korea exits Asaka Shooting Range in Tokyo after being eliminated in the qualification stage of the men's 10m air pistol event at the Tokyo Olympics. (Yonhap)
TOKYO -- South Korean pistol shooter Jin Jong-oh fell short in his second bid for a record-setting medal in Tokyo on Tuesday, coming up empty-handed in his fifth and possibly final Olympics.

Jin and his teammate Choo Ga-eun failed to make it out of the qualification round in the mixed team 10m air pistol event at Asaka Shooting Range in Tokyo. They finished the first qualification phase in ninth place with 575 points, with only the top eight moving on to the next qualification stage.

The South Koreans were tied in points with the Iranian tandem of Haniyeh Rostamiyan and Javad Foroughi, but the latter team had more shots in the center of the target, 18-13.

In the first qualification round, the male and female shooters each took 30 shots, for a maximum 600 points for each team. Jin scored 289, and Choo had 286.

On Saturday, Jin was also knocked out during the qualification round in the men's 10m air pistol.

Jin came into the Tokyo Olympics tied for the most Olympic medals by a South Korean athlete with six -- four golds and two silvers from four previous Olympics. Jin was also trying to set a record for most individual medals in shooting.

At 41, Jin appears to be approaching a crossroads in his career. Jin said earlier this year he was motivated by whispers that he should retire, and that he wanted to prove doubters wrong in Tokyo.

Another South Korean team, Kim Bo-mi and Kim Mose, finished the first qualifying round in 11th with 573 points. (Yonhap)