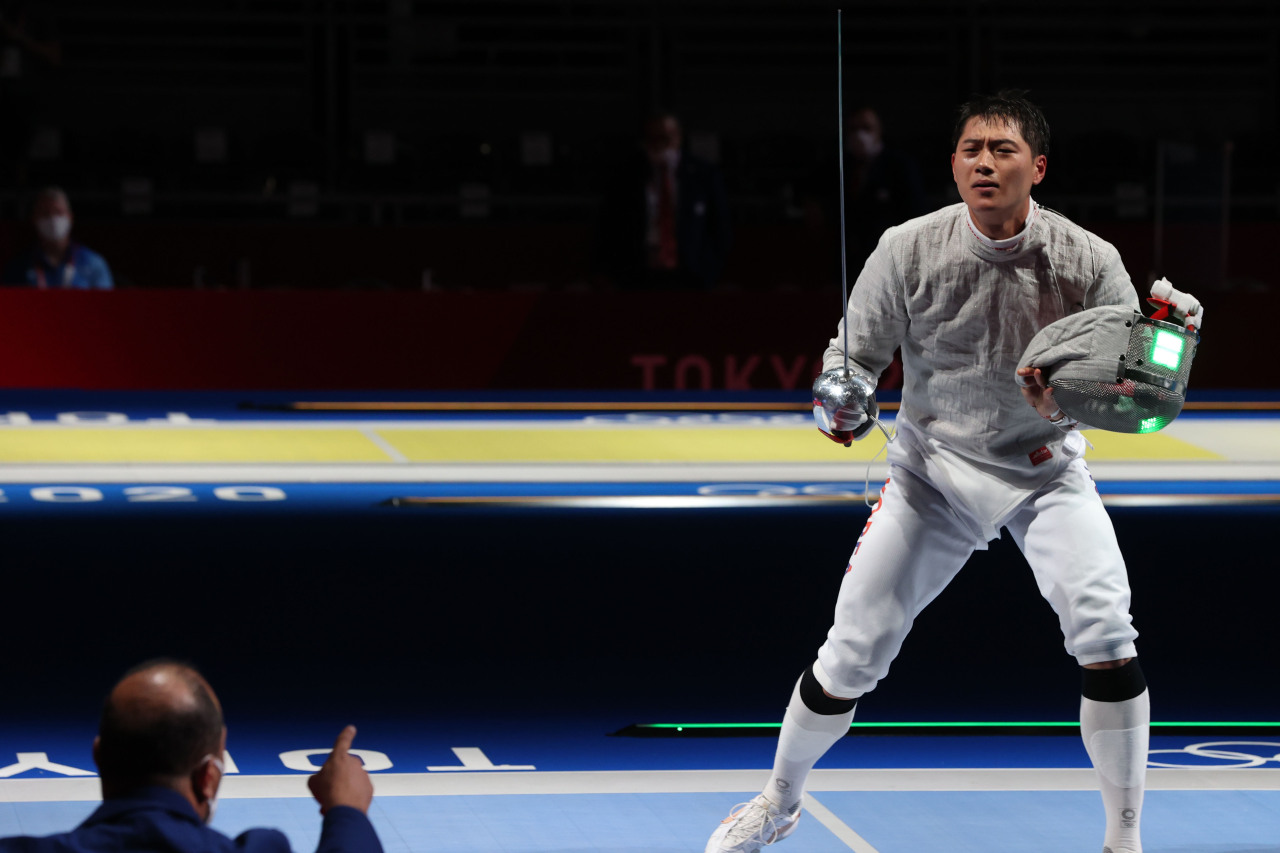 After falling in the quarterfinals over the weekend, Oh will have a chance at redemption Wednesday when he and three teammates compete in the men's team event at Makuhari Messe Hall B in Chiba, east of Tokyo.

Kim won the individual bronze medal Saturday, and the team event could be the Olympic swan song for the 37-year-old.

Also on Wednesday, South Korea will look to clinch a knockout spot in men's football against Honduras. Their final Group B match will kick off at 5:30 p.m. at International Stadium Yokohama in Yokohama, south of Tokyo.

Following a 4-0 win over Romania on Sunday, South Korea is at the top of Group B. All four teams -- South Korea, Honduras, Romania and New Zealand -- have three points apiece, but South Korea owns the best goal difference with plus-3.

A draw will suffice for South Korea, but head coach Kim Hak-bum said he'd rather not take any back doors into the quarterfinals, and his players will try to win the group finale. (Yonhap)