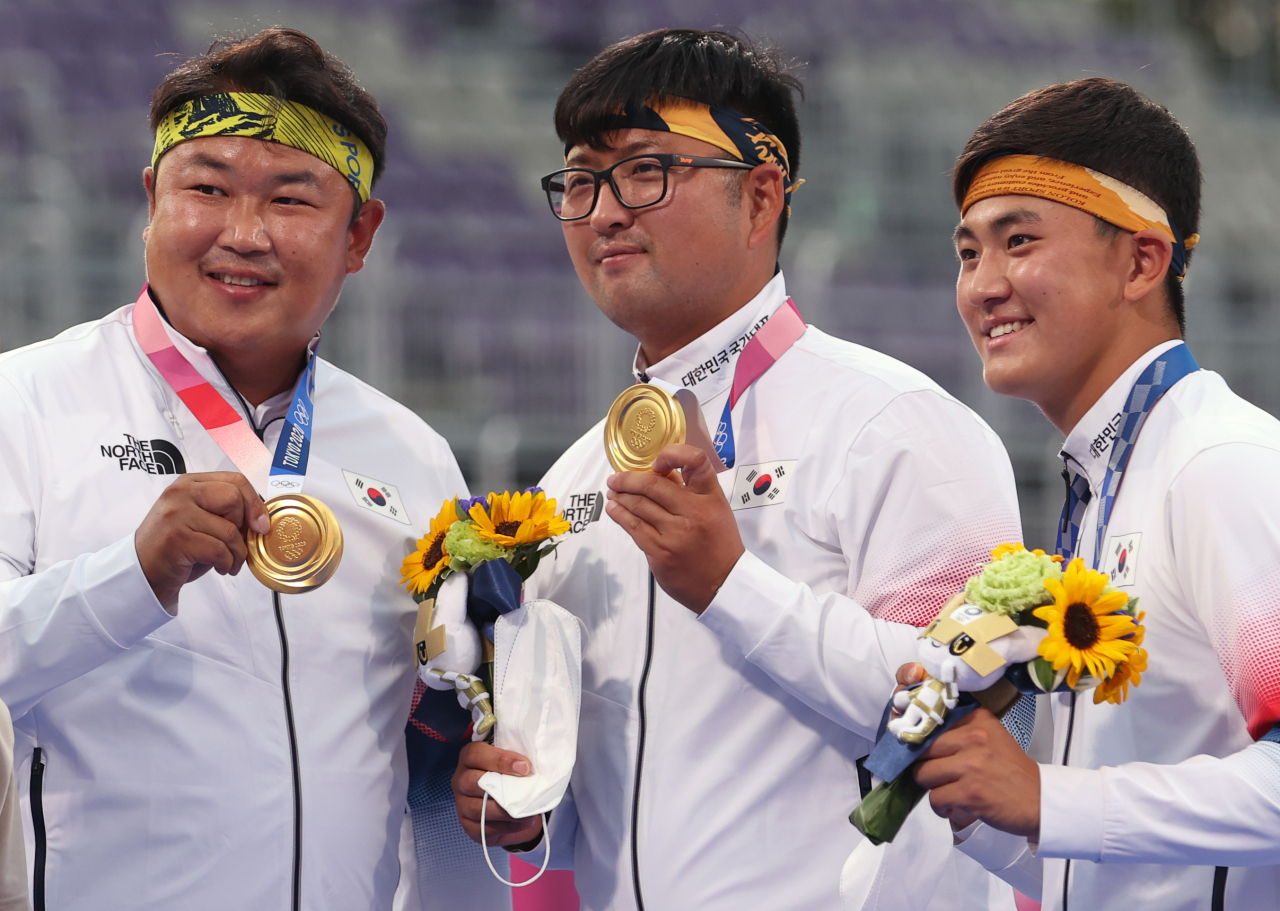 South Korea has gone 3-for-3 in archery events so far at the Tokyo Olympics. The latest gold medal came from the men's team event on Monday, as Oh Jin-hyek, Kim Woo-jin and Kim Je-deok defeated Chinese Taipei by the set score of 6-0 at Yumenoshima Park Archery Field in Tokyo.

The trio shot a perfect 60 in the second set, giving South Korea its second consecutive Olympic title in the men's team event.

All three gold medals for South Korea so far in Tokyo have come from archery. It earlier won the mixed team and the women's team gold medals.

Kim followed An San from the mixed team event to become the second South Korean athlete with two gold medals in Tokyo.

A second judo medal for South Korea came in the form of bronze by An Chang-rim in the men's 73kg event. An, born in Tokyo to second-generation Japanese-Korean parents, beat Rustam Orujov of Azerbaijan at Nippon Budokan for his first Olympic medal.

Kim Ji-yeon, the 2012 women's sabre champion, was knocked out in the round of 16. Her two teamates, Yoon Ji-su and Choi Soo-yeon, suffered the same fate.

In the men's foil, Lee Kwang-hyun was gone after the round of 32.

South Korea came to Tokyo with multiple medals in fencing, but collected just one, a bronze by Kim Jung-hwan in the men's sabre, from individual events.

The team portion of fencing starts Tuesday with women's epee.

In swimming, the 18-year-old rising star Hwang Sun-woo reached the final in the men's 200m freestyle on Monday. He became the first South Korean swimmer since Park Tae-hwan in 2012 to make it to an Olympic final.

On Tuesday, Hwang will try to join Park on another exclusive list, as just the second South Korean swimmer to win an Olympic medal.

Hwang finished his semifinal race on Monday in 1:45.53, less than 24 hours after breaking the national record with 1:44.62 to win the heats.