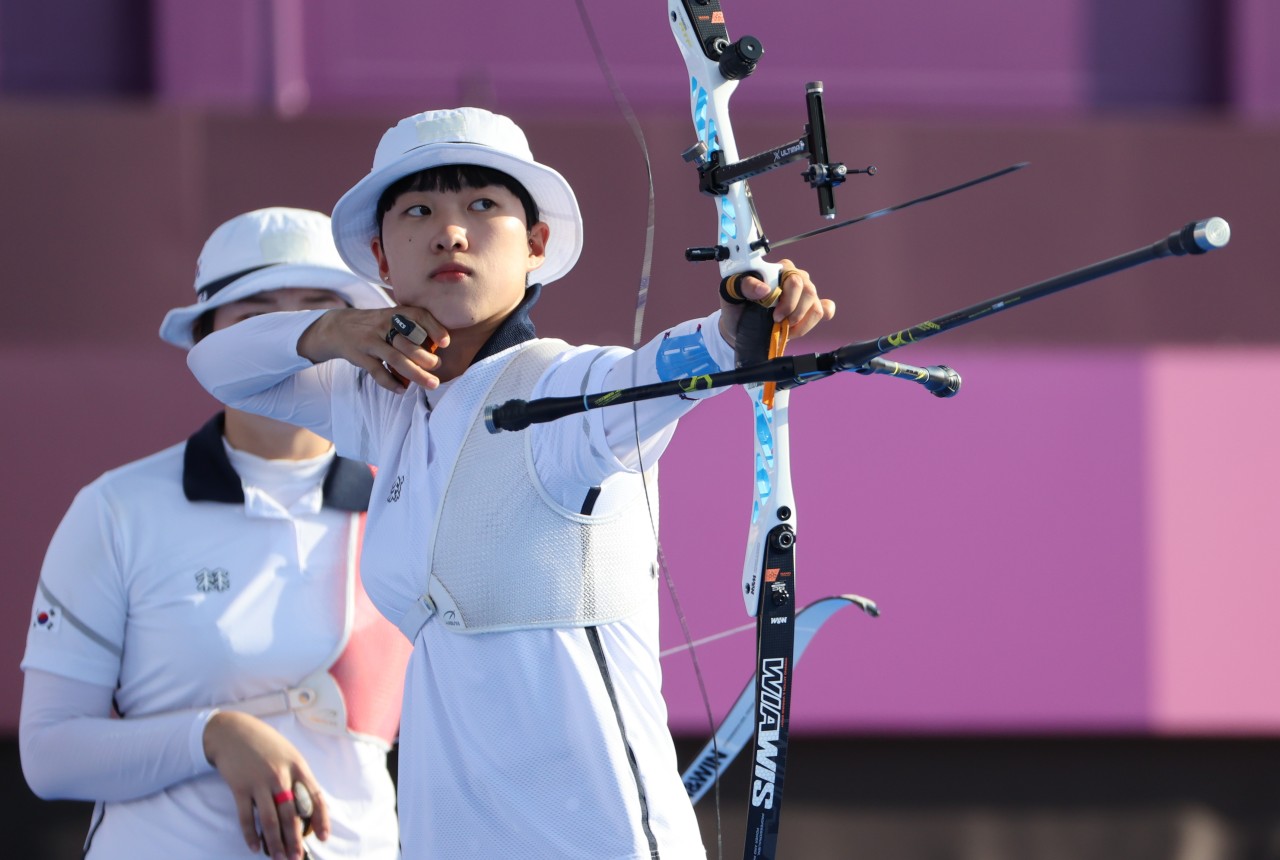 An San of South Korea shoots an arrow during the final of the women's archery team event at the Tokyo Olympics at Yumenoshima Park Archery Field in Tokyo on Sunday. (Yonhap)
By capturing her second Olympic gold medal in as many days, South Korean archer An San has joined legends that came before her.

The 20-year-old also has a chance to do what no archer has done in Olympic history: win three gold medals at a single competition.

An combined with Jang Min-hee and Kang Chae-young for the women's team gold medal at the Tokyo Olympics on Sunday. They beat the Russian Olympic Committee (ROC) by the set score of 6-0 at Yumenoshima Park Archery Field.

By helping South Korea to its ninth consecutive gold in the women's team archery event, An also became the first double gold medalist in any sports in Tokyo.

She and Kim Je-deok captured the mixed team event title on Saturday.

Other archery double gold medalists from South Korea include Kim Soo-nyung, who pulled off the feat in 1988 and who went on to win six total medals, tied for most among all South Korean Olympians. Three-time gold medalist Park Sung-hyun won two of those three titles in 2004.

The mixed team event made its Olympic debut here, meaning archers previously didn't have an opportunity to win more than two gold medals at one Olympics.

An is now an individual title away from the trifecta. She looked to be in fine form in the team final on Sunday, shooting nothing but 10s and 9s with her 18 arrows, from the quarterfinals and through the final.