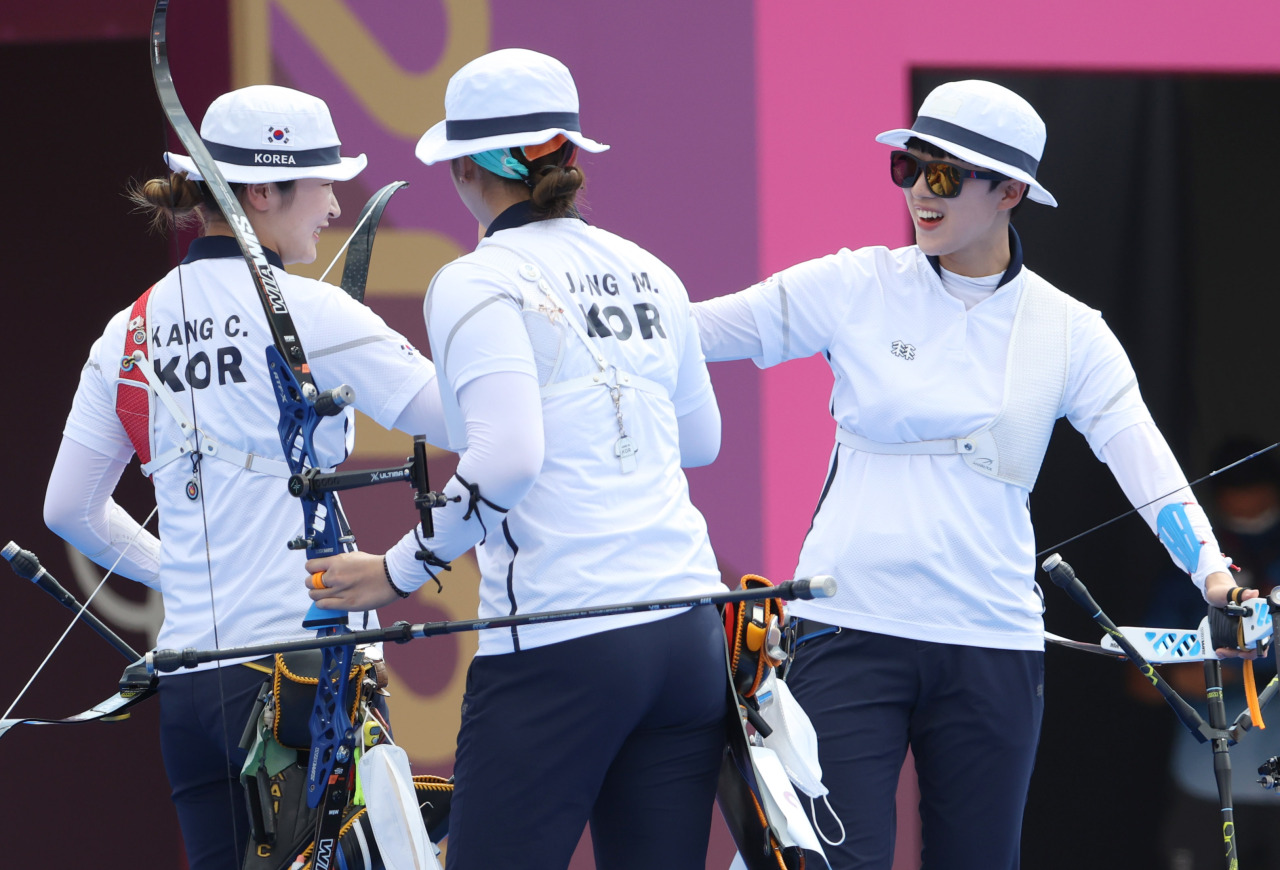 South Korean archers Kang Chae-young, Jang Min-hee and An San (L to R) prepare for the start of the final in the women's team event at the Tokyo Olympics at Yumenoshima Park Archery Field in Tokyo on Sunday. (Yonhap)
South Korea has done it again -- for the ninth time, in fact.

South Korea claimed its ninth consecutive Olympic gold medal in the women's archery team event on Sunday, beating the Russian Olympic Committee (ROC) by the set score of 6-0 in the final of the Tokyo Summer Games.

An San, Jang Min-hee and Kang Chae-young extended the most impressive winning streak in Olympic archery history. South Korea has won every gold medal in this event since it was introduced in Seoul in 1988.

South Korea is now tied for the longest gold medal streak in all sports at the Olympics, on par with the United States in the 4x100m medley relay in swimming and Kenya in the men's 3000m steeplechase in athletics.

An, who teamed up with Kim Je-deok for the mixed team gold medal Saturday, became the first double gold medalist in any sport in Tokyo. She now has a chance to win a third gold medal in Tokyo, in the individual event, a feat that no one has accomplished in Olympic archery.

An, Jang and Kang are all competing in their first Olympics. This was the first time since Atlanta 1996 that South Korea fielded a women's archery team of three first-time Olympians.

The individual event starts Tuesday and the final is scheduled for Friday.

Because of its state-sponsored doping program, Russia has been barred from using its flag and national anthem. Its athletes are competing under the ROC name. (Yonhap)