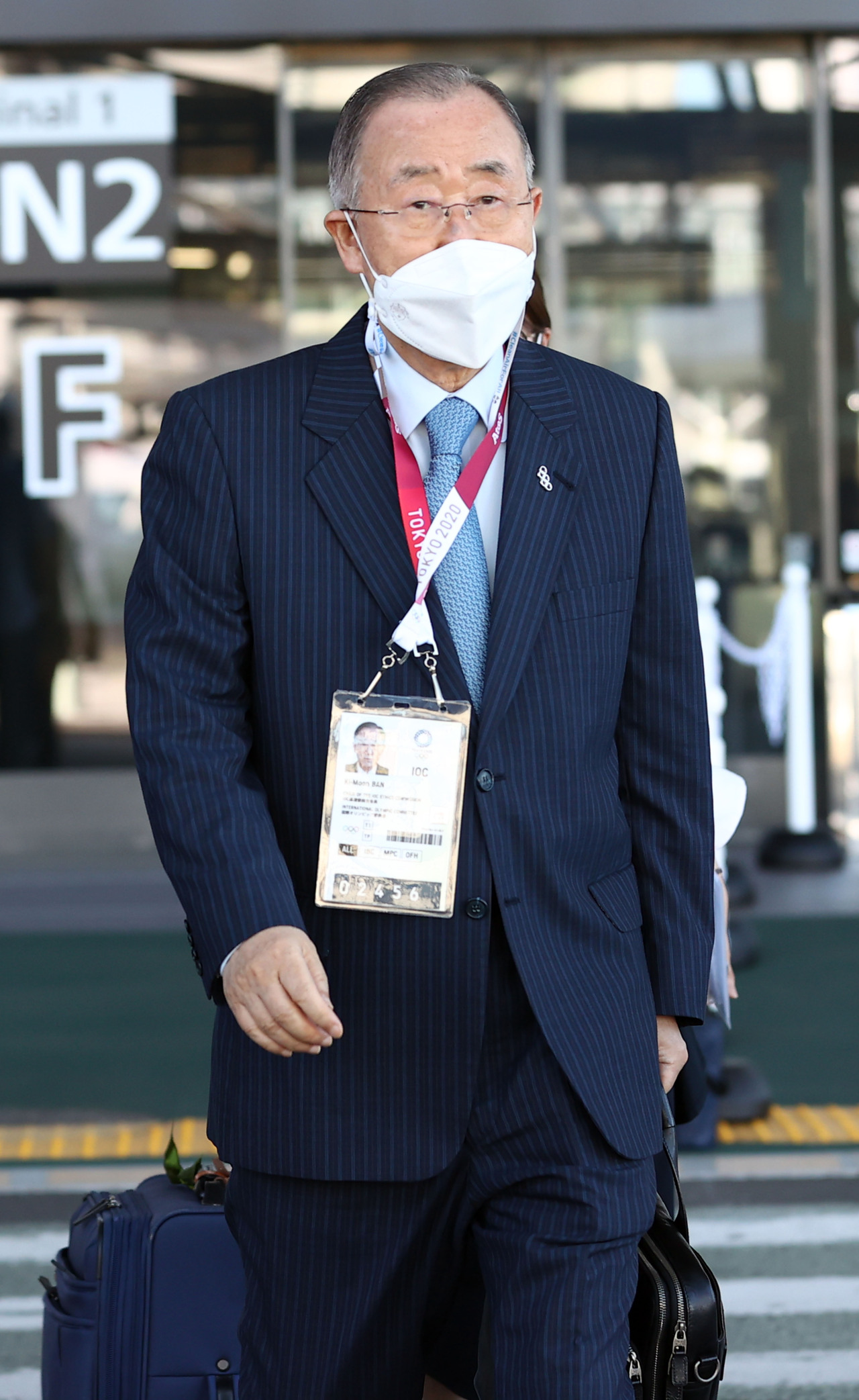 The encounter took place in the Olympic stadium late Friday following the opening ceremony of the games, the sources familiar with the matter said.

In the talks, Ban reportedly congratulated the emperor for the opening of the Olympics and Emperor Naruhito expressed appreciation in return, according to the sources.

They are also said to have shared the need for improvement of relations between Seoul and Tokyo, which remain badly frayed over wartime history and Tokyo's export restrictions on Seoul.

Further details about their meeting were not available.

When approached by a Yonhap News Agency reporter at a hotel on Saturday, Ban refused to comment when asked about the meeting with the emperor.

Ban and Emperor Naruhito have known each other through past meetings at international forums.

Ban was in Tokyo this week as chair of the International Olympic Committee's ethics commission. (Yonhap)