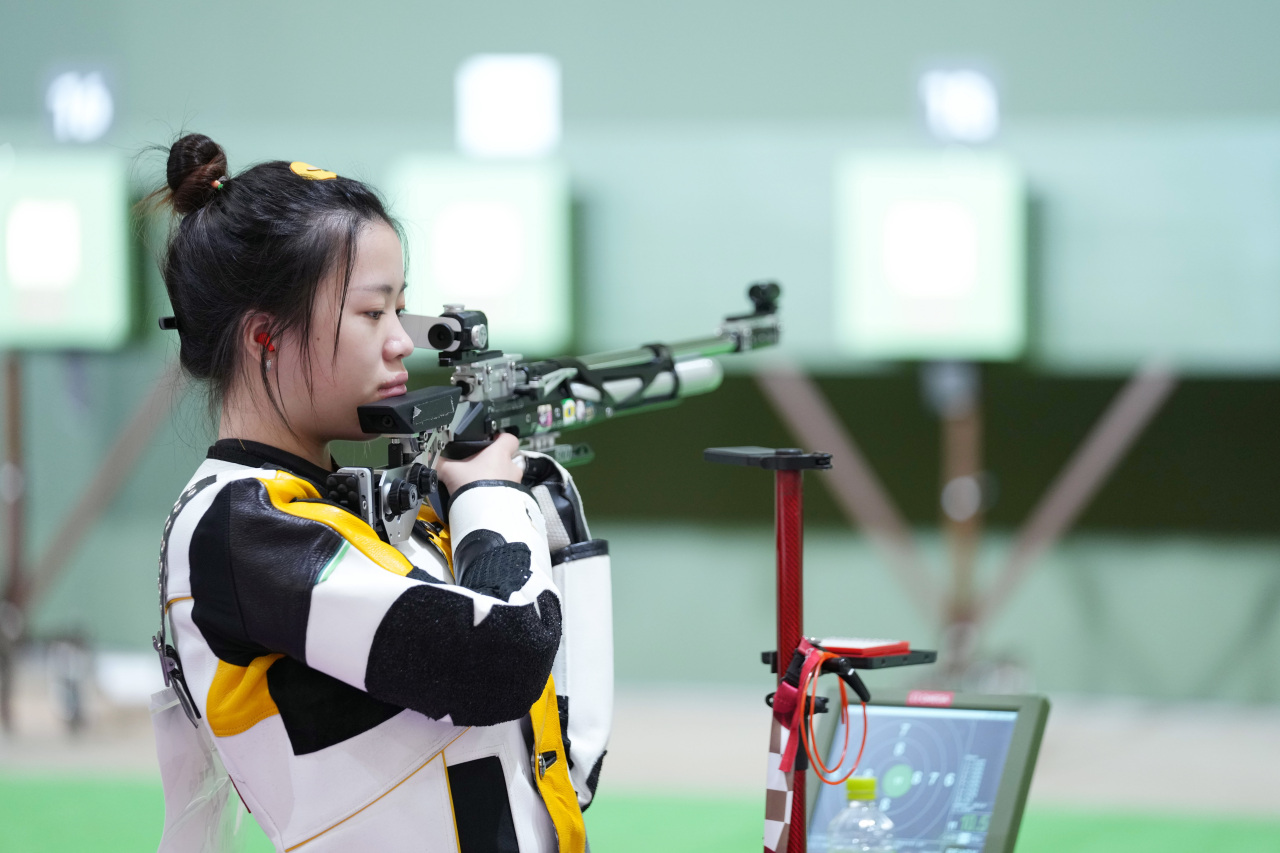 Galashina had looked poised to claim gold heading into the last shot, but stumbled with 8.9 on her final effort to allow Yang to seal victory.

Yang looked the picture of serenity as she waited with eyes closed between shots, but she still had to overcome nerves to close out the win with an Olympic record score of 251.8.

"Throughout the competition, I kept adjusting my mentality, trying to calm my nerves. I think I'm good at that."

Galashina took silver on 251.1 ahead of bronze medallist Nina Christen of Switzerland on 230.6

Galashina led for most of the final and stood on the brink of glory until she fluffed her lines with her final shot.

"I was focused on the shot itself, same as any other shot," she said.

"I was thinking about what I had to do, but maybe my nervousness took over."

The event took place the morning after the Olympics opened in a nearly empty stadium, following an unprecedented postponement and a build-up marred by scandal and controversy.

The first medal ceremony of the Games saw Yang presented with her gold by International Olympic Committee president Thomas Bach.

Yang draped the medal around her own neck after being handed the gold on a tray offered by Bach, in keeping with Covid-19 protocols in place at the Games.

She then turned to face the Chinese flag, her mouth hidden behind her red and yellow mask as she sang the words to the national anthem.

With fans barred from venues, only a handful of Chinese support staff were on hand to congratulate Yang after the win.

"This is a gift to the Chinese Communist Party for their 100 years anniversary."

Yang said she was looking forward to getting home and eating her mother's fried shrimp.

Christen took bronze ahead of Norway's Jeanette Hegg Duestad, who led after the qualifying round.

Britain's Seonaid McIntosh, a world champion who was tipped to win a medal, failed to reach the final.