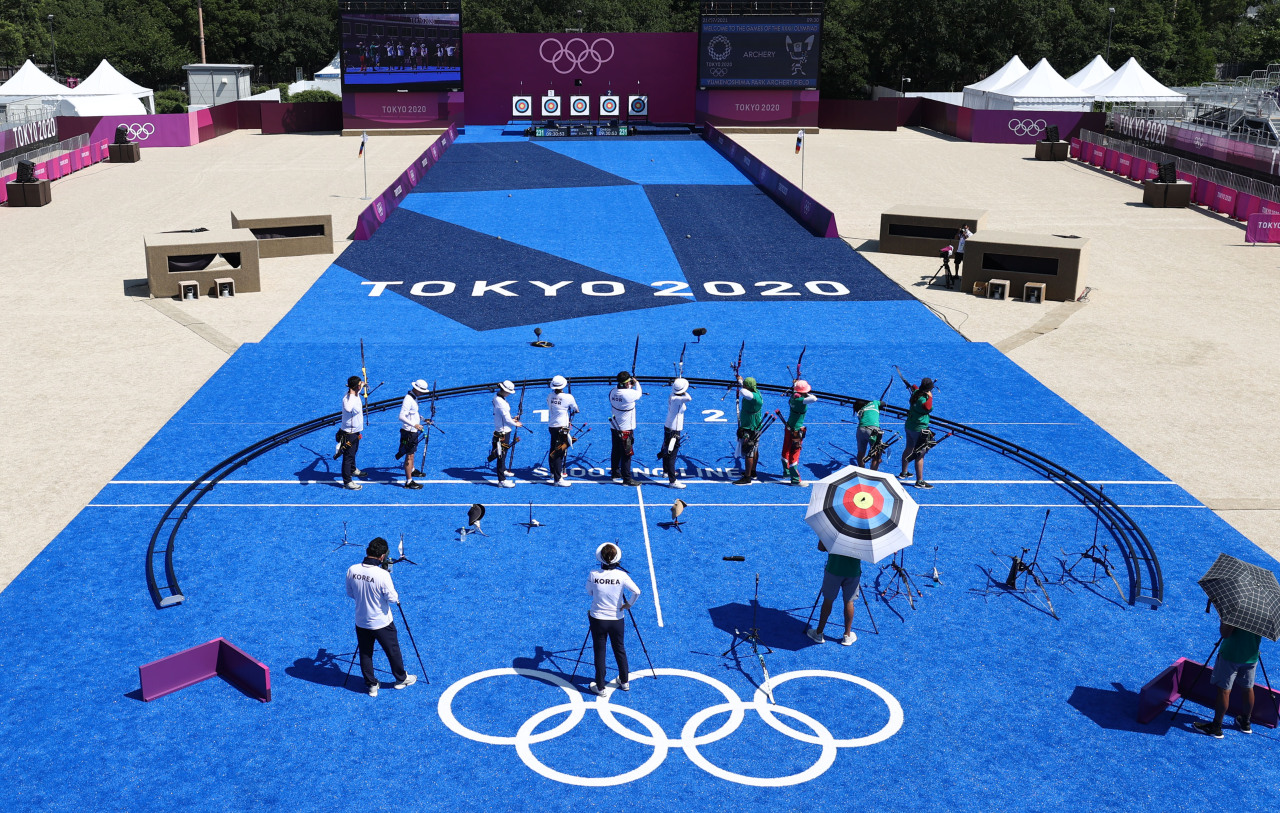 South Korean archers train for the Tokyo Olympics at Yumenoshima Archery Field in Tokyo on Wednesday. (Yonhap)
TOKYO -- Every country starts at zero in the medal count at the Tokyo Olympics on Saturday, the first full day of competition after the opening ceremony. By the end of it, South Korea is hoping it will have a crooked number next to it on the table.

South Korea will look to grab a handful of gold medals in archery, fencing, shooting and taekwondo.

Having won a record 23 gold medals in Olympic archery competitions, South Korea will seek to add to that total in the inaugural mixed team competition.

Pistol shooter Jin Jong-oh is taking aim at a medal in the men's 10m air pistol on Saturday. A podium finish would give Jin his seventh Olympic medal, more than any South Korean athlete in history.

Oh Sang-uk, the world No. 1 in men's sabre fencing, will enter the individual event Saturday, in pursuit of his first Olympic medal.

The fencing competition takes place at Makuhari Messe Hall B in Chiba, east of Tokyo. Over at Hall A in the same convention center, two South Korean taekwondo practitioners will also try to bring home some good news: Jang Jun in the men's 58kg and Sim Jae-young in the women's 49kg.

Also on Saturday, preliminary action in badminton, boxing, gymnastics and swimming will take place in and around Tokyo. (Yonhap)