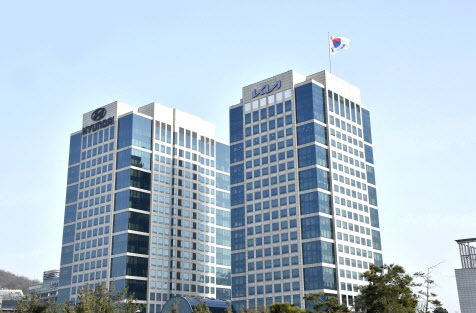 In a regulatory filing, Hyundai Motor said it raked in 30.3 trillion won ($26.36 billion) in sales in the second quarter of this year, a 38.7 percent jump from the same period last year. The operating profit reached 1.88 trillion won, increasing 219.5 percent on-year, according to the automaker.

According to Hyundai Motor, the operating profit margin stood at 6.2 percent, rising by 3.5 percentage points from the same period a year earlier, and marking the highest since it was 7.1 percent in the second quarter of 2016.

Hyundai Motor attributed the improvement to a surge in global demand, which helped offset the losses incurred from the unfavorable strong won to dollar environment.

“With the COVID-19-induced base effect, and recovery in global demand, sales significantly grew when compared to the year earlier,” a Hyundai Motor official said.

“Even with the global semiconductor shortage problem, and the unfavorable currency rate, we were able to secure the operating profit.”

In the second quarter, Hyundai Motor sold a total of 1.03 million vehicles, up 46.5 percent on-year, according to the automaker.

In the domestic market, Hyundai said it witnessed growth in the sales of its sport utility vehicles, but the overall sales went down by 11 percent to 200,682 units, dragged down by the semiconductor shortage.

Since the semiconductor drought is expected to last and other external risk factors remain, Hyundai said sales in the third and fourth quarters may also be affected.

To offset the risk factors, the company said it will strengthen its vehicle portfolio of SUVs, and also electric vehicles.

Kia also witnessed the best-ever performance in sales and operating profit in the April-June period, making profit with its high value-added models, the company said.

“We were able to expand the profitability, as global demand increased and by value-added selling, though we were affected by the semiconductor shortage and unfavorable currency rate,” a Kia official said.

“In the latter half of this year, we will focus on selling high value-added vehicles, such as Sorento and Carnival, and also raise our competitiveness in the electric vehicle market with EV6.”