[ The Korea Herald – Send E-mail ]
The need to ‘translate’ a difficult text into a readily understandable one
Veteran translator puts out a collection of essays on the difficulty of writing easy-to-understand texts
By Yang Sung-jin
Published : Jul 24, 2021 - 16:00
Updated : Jul 25, 2021 - 12:09 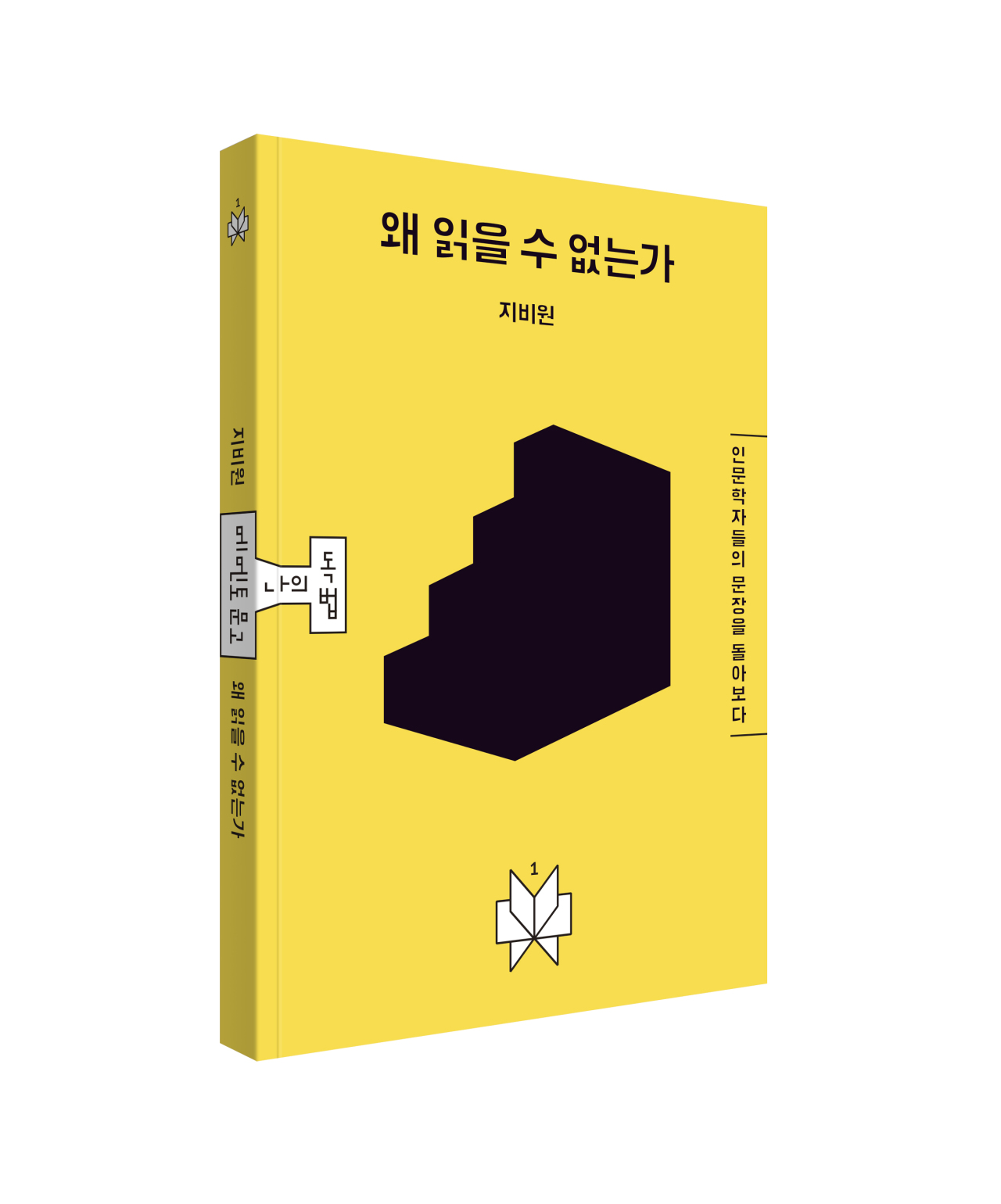 
“Why We Fail to Read,” a collection of essays written by Ji Bi-won and published by Memento, starts with a simple yet thought-provoking question: Why are certain texts almost undecipherable?

In this digital era, texts are overflowing from online news outlets to social media to mobile messengers. People tend to read and write more as the virtual space for writing expands at a breakneck pace.

With the explosive growth of reading and writing, the experience of reading should become more pleasant and smooth, but confounding writings still abound in newspapers, academic papers and social science books.

Author Ji says that some critics blame the internet as a culprit behind the lower level of reading competence on the part of readers. What is often pointed out is that today’s mainstream readers prefer only readily understandable writing, and, as a result, some bestsellers openly stress their “shallow” yet “easy-to-understand” content and writing style.

“I was skeptical about the claim that people’s reading ability is downgrading due to the internet,” Ji says in her first essay collection.

Ji believes that writers, rather than readers, have played a role in widening the gap between easy and difficult texts. “The environment of the media has changed drastically in the past two decades, but those who had built their academic background in the pre-internet period keep talking about their reading and study, which are out of sync with today’s readers,” she says.

Unlike intellectuals who make a living by reading and writing inscrutable texts, the majority of non-academic people still find it burdensome to read at a deeper level, largely due to the absence of books that can bridge high school- and college-level texts.

Given that writers and editors are primarily responsible for the production of “difficult” texts, Ji explains why and how certain texts are fraught with puzzling expressions and complex structures. She dissects sample sentences and tackles problematic words that pose as obstacles for general readers, saying writers often leave such words unexplained because they falsely assume readers know the terms.

Academic books, in particular, are filled with specialized vocabulary that is hardly used in everyday life. A bigger problem is that writers of such texts often do not understand the full meaning of academic words they use. One of the reasons is that Korean professors continue to use the highly abstract and confusing academic terms that were created by Japanese authors decades ago.

Most Korean publishers relied on Japanese editions for translating classical novels, notifications and academic titles in the past decades. In the process, a great number of Japanese terms, which were often a new combination of Chinese characters, were imported to Korean academic circles, most of which eventually made it to non-academic books and newspaper columns for the public.

It was in 1998 when the trend slowly began to change as a local publisher started using the original texts in English or other languages for Korean translation.

Ji, a veteran translator who started her career at a major publishing house, argues that writers and editors should take more “social responsibility” for the texts they create, such as making efforts to find words and expressions that can be better understood -- a process of “translation” from difficult to easy-to-understand text in the same language.

The following is an excerpt of Ji’s interview with The Korea Herald:

Korea Herald: Which texts are particularly difficult to understand from your perspective?

Ji Bi-won: It is relatively easy to understand straight news articles written under the 5W1H rule, but it is hard to understand commentaries and columns written by professors for newspapers. I wonder whether they are aware that they’re writing in the mass media for a general audience.


KH: What should be done to produce texts that are easier to understand?

Ji: Writers often don’t know themselves as well as their target readers. They should try to write for high school graduates. There is a gap in experience between high school and universities. Therefore, it is important to make their work understandable for those who have graduated from high school.

Even college students have a hard time understanding their textbooks. There should be more books that can narrow the gap, especially concerning academic books.

In Korea, English textbooks use carefully selected graded vocabulary. The same principle should be applied to Korean textbooks. Editors should sort out Korean vocabulary in terms of difficulty.


KH: What is your view on the readers and writers of today?

Ji: The population of readers who can understand even difficult texts is shrinking rapidly. Given such readers are on the decline, writers and editors should keep exploring ways to improve their texts. And it is not impossible to write in plain language. Longer texts are not necessarily difficult to understand -- I noticed that some of the longform columns by broadcast journalists are fairly easy to follow, perhaps because they are accustomed to writing simply for general viewers.


KH: Aside from conventional translation between different languages, you stress the importance of “translation” from difficult to easy-to-understand text. Why?

Ji: Readers struggle not because they lack reading skills but because there’s a problem with the text itself. If writers deliver universal stories at an appropriate level of difficulty, no one will be left behind. To this end, a second type of translation is needed, or something closer to paraphrasing in favor of simpler words and expressions. Of course, there should be close discussions and agreements between writers and editors when they try to change the text.

I hope readers do not blame themselves for failing to understand difficult texts. There are historical backgrounds for such hard-to-understand terms. And for those who want to expand their reading experience, I recommend learning foreign languages, since it will increase the number of books they can read dramatically.