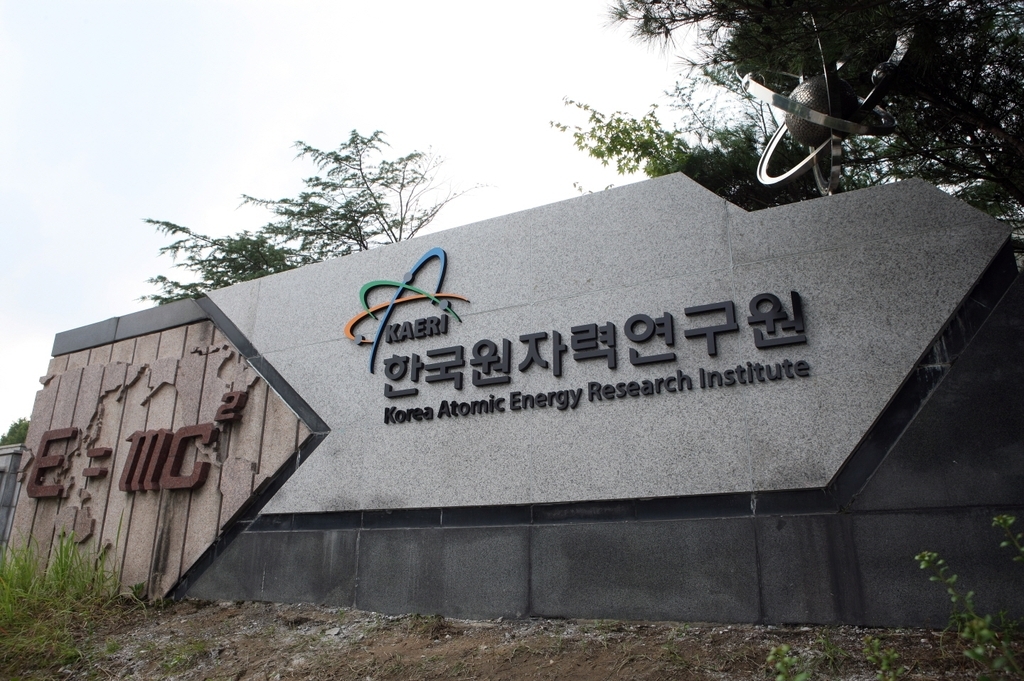 A sign of the Korea Atomic Energy Research Institute is seen outside its offices in Daejeon, 164 kilometers south of Seoul, in this undated photo provided by the institute. (Korea Atomic Energy Research Institute)
South Korea's science ministry said Thursday the country's nuclear research institute has won a deal worth $3.88 million to export nuclear reactor technology to Bangladesh.

The Korea Atomic Energy Research Institute has signed a deal with the Bangladesh Atomic Energy Commission to deliver digital instrumentation and control systems for the South Asian country's research nuclear reactor by January 2023, according to the Ministry of Science and ICT.

The South Korean nuclear institute will provide and install the digital systems, which are responsible for monitoring and controlling the nuclear reactor and safely halting its operations should there be any problems.

The 3-megawatt Bangladesh Training and Research Reactor, which became operational in 1986, is undergoing modifications to update its aging analog systems.

The latest deal marks the sixth research-based nuclear technology export for South Korea since it won a deal to build a research nuclear reactor in Jordan in 2009. (Yonhap)