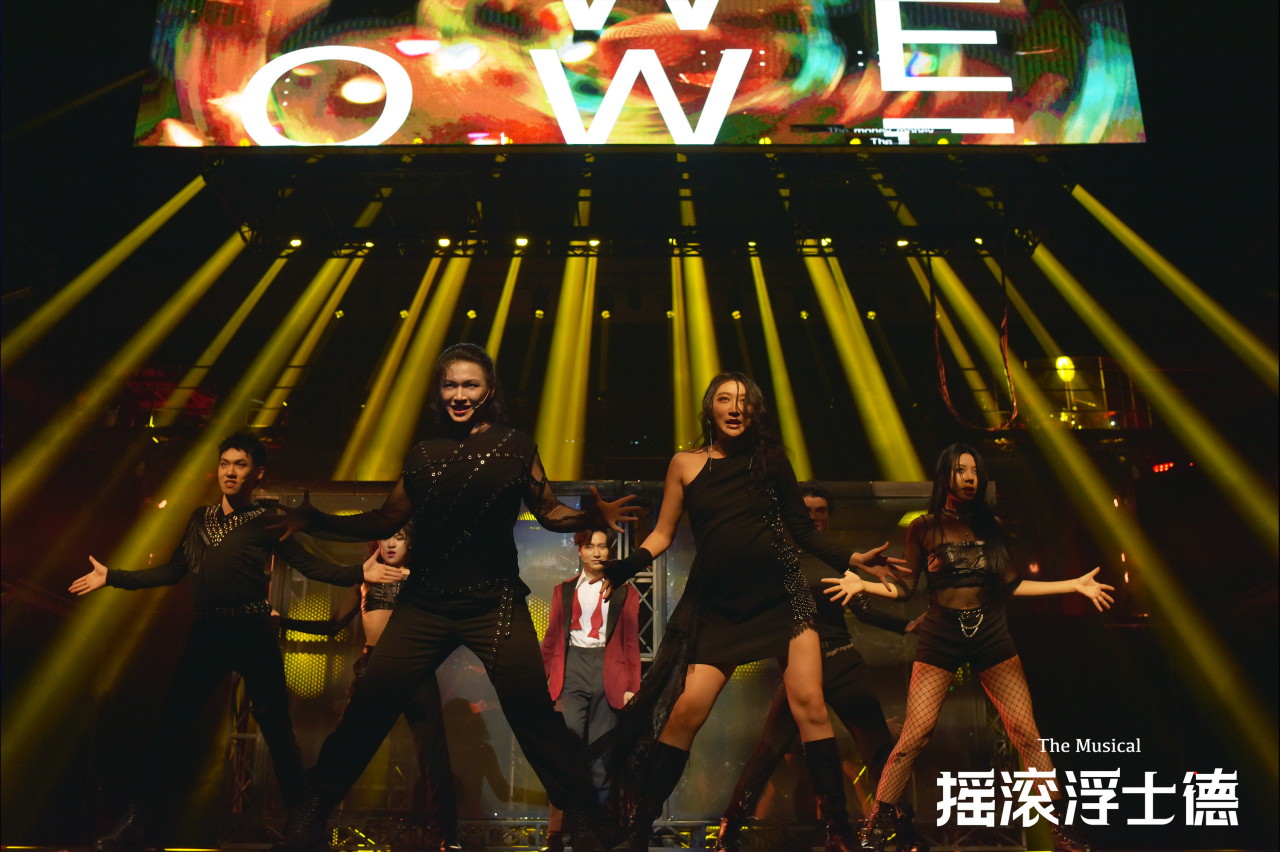 A scene from musical “Rock Faust” performed in China (Page1)
“The Devil,” an original Korean musical, has made its way onto the Chinese musical scene as a licensed production.

According to co-producers of the musical, Page1 and R&D Works, “The Devil” -- known by the title “Rock Faust” in China -- is set for a 10-city tour across China starting July 23. The musical will be staged in Beijing, Ningbo and Suzhou, among others.

The musical had its Chinese premiere at the Shanghai Grand Theatre from May 24-31, with some of the performances at the 1,800-seat theater sold out. After the Shanghai run, the licensed musical went on stage in Wuxi, Jiangsu province.

“The success of the Shanghai performance means a lot. ‘The Devil’ showed its potential as global content which can be expanded in terms of the story line and as well as the production scale,” the producers said.

“The Devil,” which premiered in Korea in 2014, is a reinterpretation of Goethe’s masterpiece “Faust.” Set in the modern times, the musical tells the story of John Faust, a Wall Street elite stockbroker who represents different facets of humanity, desire, pain and agony.

It is unlike the original story in which Faust, thirsty for infinite knowledge, makes a pact with the devil and exchanges his soul for unlimited knowledge and pleasure. The musical introduces new characters, X-White and X-Black, which symbolize good and evil. The two characters make a bet, trying to test Faust.

The musical numbers, written by Woody Pak and Gihieh Lee, span from rock to classical music.

Musical “The Devil” will return to Dream Art Center in Daehangno, central Seoul in December for its third run in Korea.