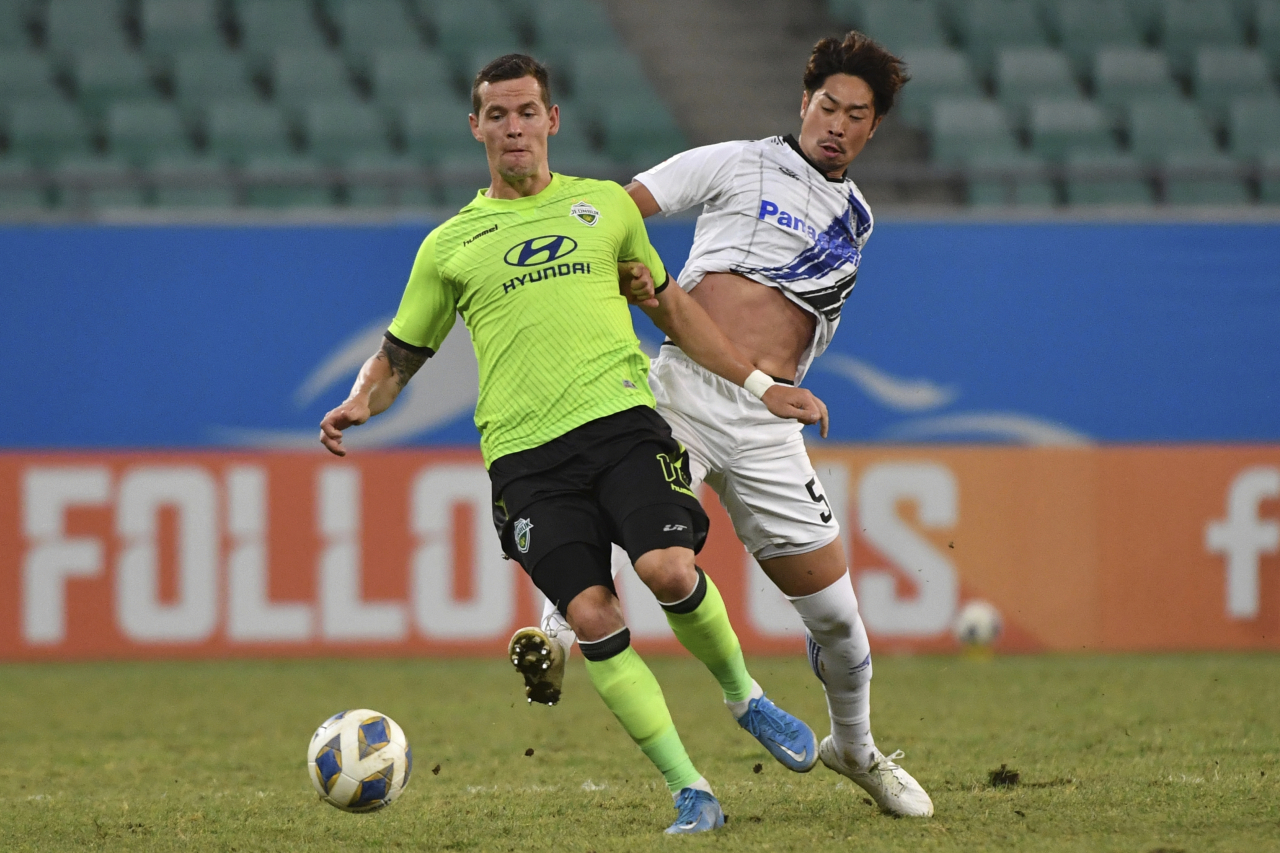 Jeonbuk defeated Gamba Osaka 2-1 in their final Group H match played at Bunyodkor Stadium in Tashkent on Saturday (local time). Gustavo and Mo Barrow had a goal apiece for Jeonbuk, which won their group with 16 points from five wins and a draw.

And Gamba Osaka's loss meant Pohang Steelers, another K League club, will move on to the round of 16.

The 10 group winners and three best runners-up from each of the East and West regions advance to the knockout stage. And Pohang, who had completed their Group G action Wednesday as the No. 2 seed in that group with 11 points, will finish no lower than third among the runners-up in the East.

Jeonbuk became the first of four K League clubs to qualify for the round of 16 on Wednesday and were later joined by the defending champions Ulsan Hyundai FC.

Daegu FC can make it 4-for-4 for the K League if they beat United City in their final Group I match Sunday night in Tashkent.

Daegu FC are currently fourth among No. 2 seeds in the East with nine points, but a win will give them at least the second-best record among group runners-up.

All group matches are being played at centralized venues to minimize traveling during the coronavirus pandemic. (Yonhap)