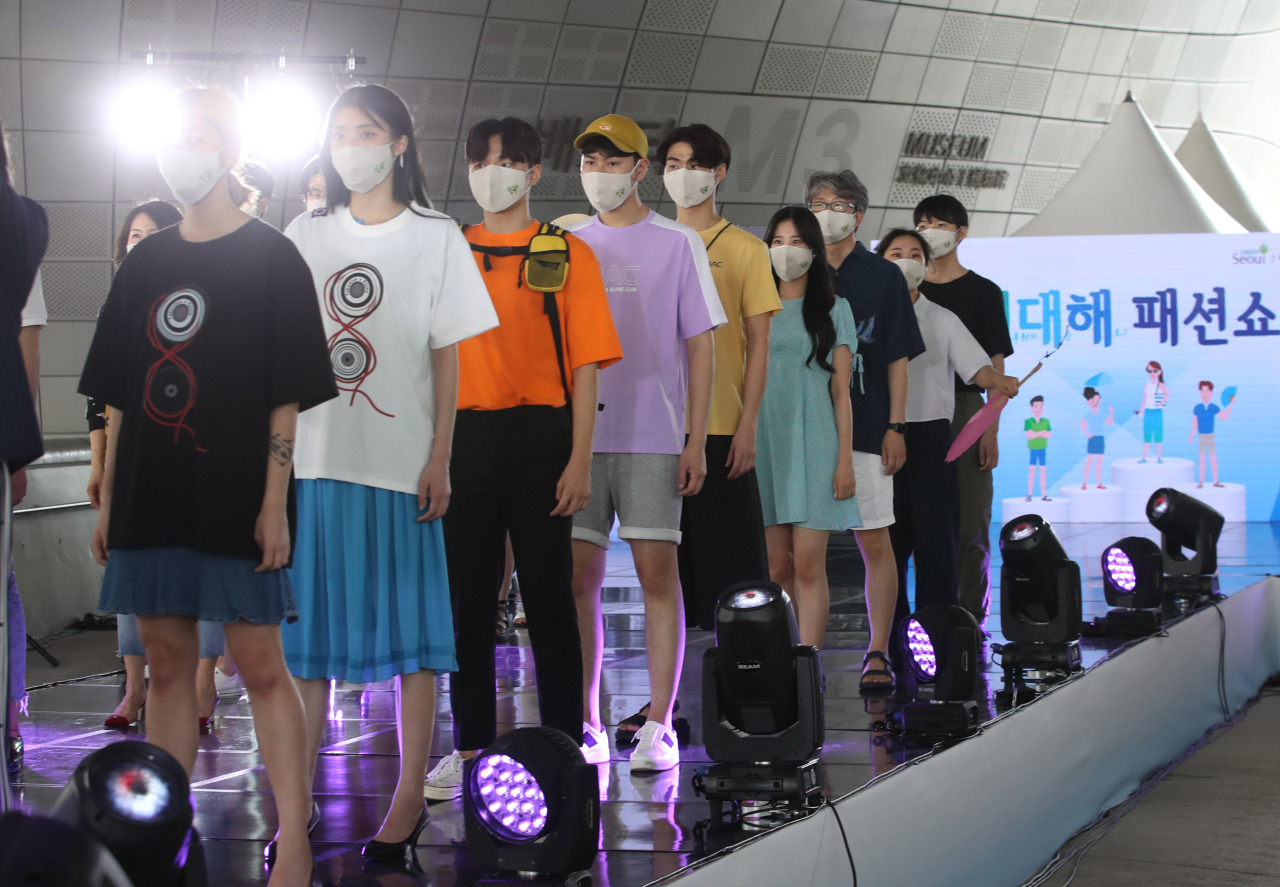 Models in eco-friendly outfits and accessories strut down the runway Friday. (Yonhap)
The Seoul Metropolitan Government and the Green Seoul Citizens Committee jointly hosted a fashion show behind closed doors Friday to underscore the importance of climate variability at Dongdaemun Design Plaza in central Seoul.

This year’s fashion show was held without an audience under the slogan “Dealing with climate change with citizens.” Related videos will be available on YouTube.

“I would like to thank the citizens and companies for participating in making clean and useful products from reusable plastic packaging in an era where we are confronting the global warming crisis,” said Lee Dong-ryul, a senior official overseeing the city‘s environmental policy.

Lee added that the city government plans to attain zero net emissions of carbon by 2050.

Bags made from cactus, shorts and pants made out of waste plastic water bottles and eco-friendly outfits made from natural materials and regenerated fibers were tailored to the models who strutted down the catwalk.

The ethical and sustainable items showcased during the event were sponsored by various brands, including make:D and Black Yak.

Around 30 models, including 10 ordinary people, senior models and university students majoring in fashion, took to the stage to lead the runway show.

Since 2012, the Seoul city government and Seoul Citizen Committee for Green Seoul have paired up for campaigns under the theme of “cool-down dressing” to encourage using less energy by wearing clothes that keep you feeling chill during the scorching summer weather. The two have hosted fashion shows since 2018.