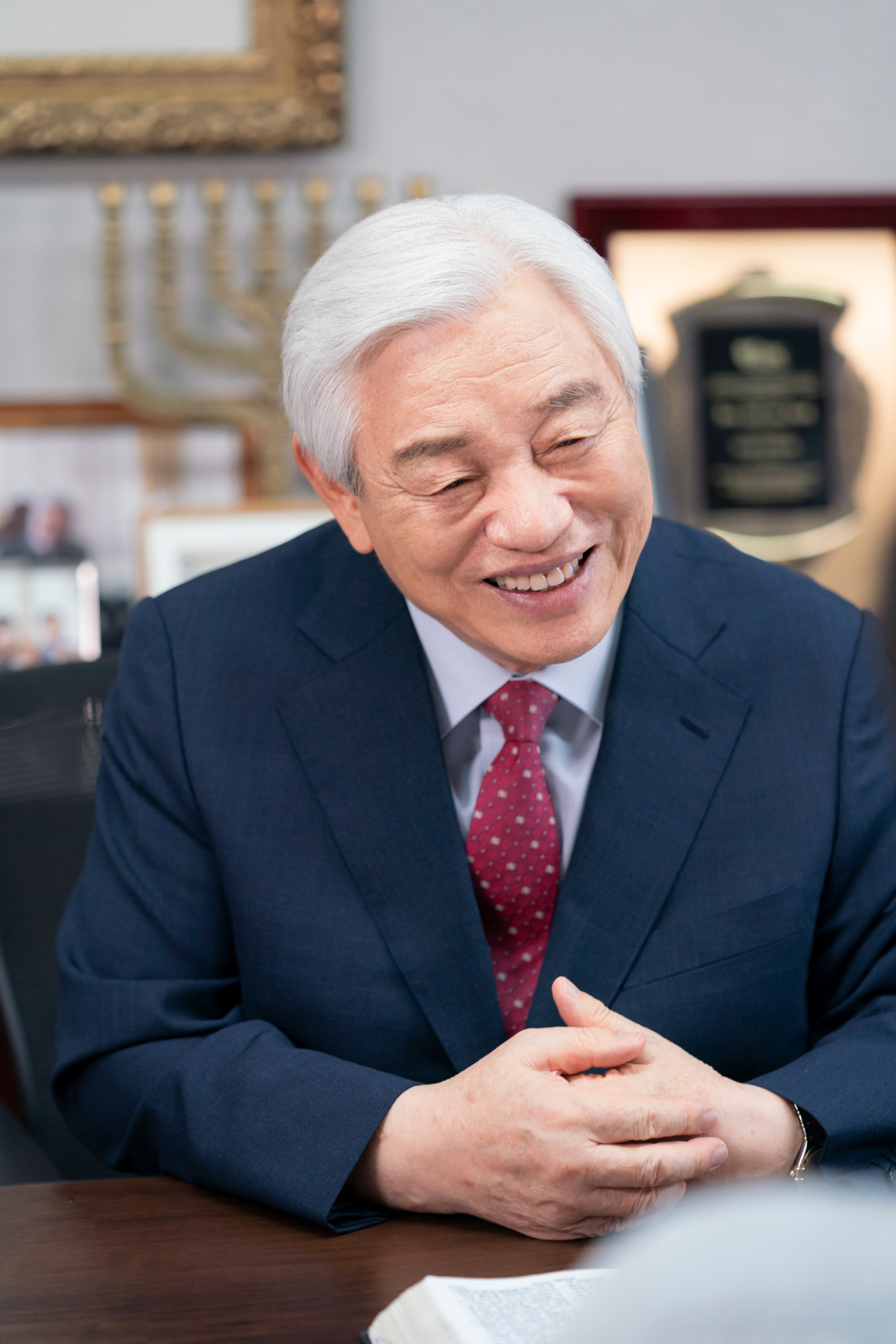 “There was a problem with a student (who was participating in illegal activities, such as drugs) in LA and his mother asked me to help him,” the Rev. Park Ock-soo, founder of the IYF, said during a recent interview with The Korea Herald at the IYF headquarters in southern Seoul.

“But how could I help the kid in LA from Korea? So I asked her if it’s okay to bring him to Korea and eventually I did. That student is the reason my mind education started.”

Then a 15-year old student, Andy, turned into a brand new person after staying in Korea for only six months during the summer of 1994, Park said, and Andy’s friends -- 28 of them -- came to Korea the next year, hoping to make some changes of their own. The number of visiting youth grew each year, eventually leading to the establishment of the IYF in 2001 with 500 students from different countries.

Recalling the memory of his first encounter with Andy and how he began working with young people, the IYF founder emphasized that his teachings are centered around what he calls ‘mind education.’ According to Park, mind education consists of three pillars -- thinking skills, self-control and interaction with others -- and after studying them, people can make changes in their lives.

For developing thinking skills, he talked about a farmer who came up with a creative way to raise Korean melons.

“(The farmer) saw that the pumpkins were growing firmly while the Korean melons were looking weak. He kept thinking, ‘the stems of a Korean melon are weaker than those of pumpkin,’” said Park.

“After thinking long and hard about it, he grafted the Korean melons onto the pumpkin stems. Since the water came up through the stronger stems of pumpkin, they would bear fruit four to six times, whereas the Korean melon stems previously bore fruits only three times.”

Underlying the importance of early teachings of self-control and self-restraint, the IYF founder mentioned the example of his own children and how he taught them to practice patience at a young age.

“When my son and daughter were six to seven-years old, they would say, ‘Dad, candy please’ or ‘Dad, ice cream please,’ and then I would buy it for them. But once in a while, I would tell them, ‘Not today’ and they would beg,” the Rev. said. “But I would not let them have it. That was how my children learned self-control. It helped a lot.”

Park explained that people hide their true feelings and problems happen when their thoughts are centered on themselves.

Through the IYF’s year-long voluntary campaigns abroad -- the Good News Corps under the slogan of ‘Exchange My Youth for Their Hearts’ -- over 9,000 students have so far participated in opportunities to help others in need across 95 countries since 2002.

As far as the post-coronavirus era is concerned, the IYF founder said the NGO plans to work with governments across the world to spread the teaching of its mind education. In regards to teaching the youth, Park has met 29 state heads from 23 countries, including Philippine’s President Rodrigo Duterte, Kenya’s President Uhuru Kenyatta and Paraguay’s President Mario Abdo Benitez, according to the IYF.

“If we can open up our minds and accept what is different from us, we can be more excellent than ordinary people,” Park said.

“Most of us have narrow minds and if we only assert that only our views are right, it puts a limit to whom we can be friends with. Don’t say that you are the only one who’s right. Becoming someone who can accept others is the way of growing spiritually.”

The IYF is also known for its annual summer camp where the NGO invites students from all over the world to inspire them to have strong hearts through leadership training. Before the COVID-19 pandemic, around 4,000 teenagers and university students from 60 countries gathered in cities across Korea including Seoul and Busan for the 2019 IYF World Camp.

Due to the coronavirus sweeping the world, the IYF will hold this year’s annual world summer camp in the form on a five-day online event starting Monday. University graduate and undergraduate students from 90 countries across the globe are expected to take part in lectures and cultural performances via YouTube and Zoom.