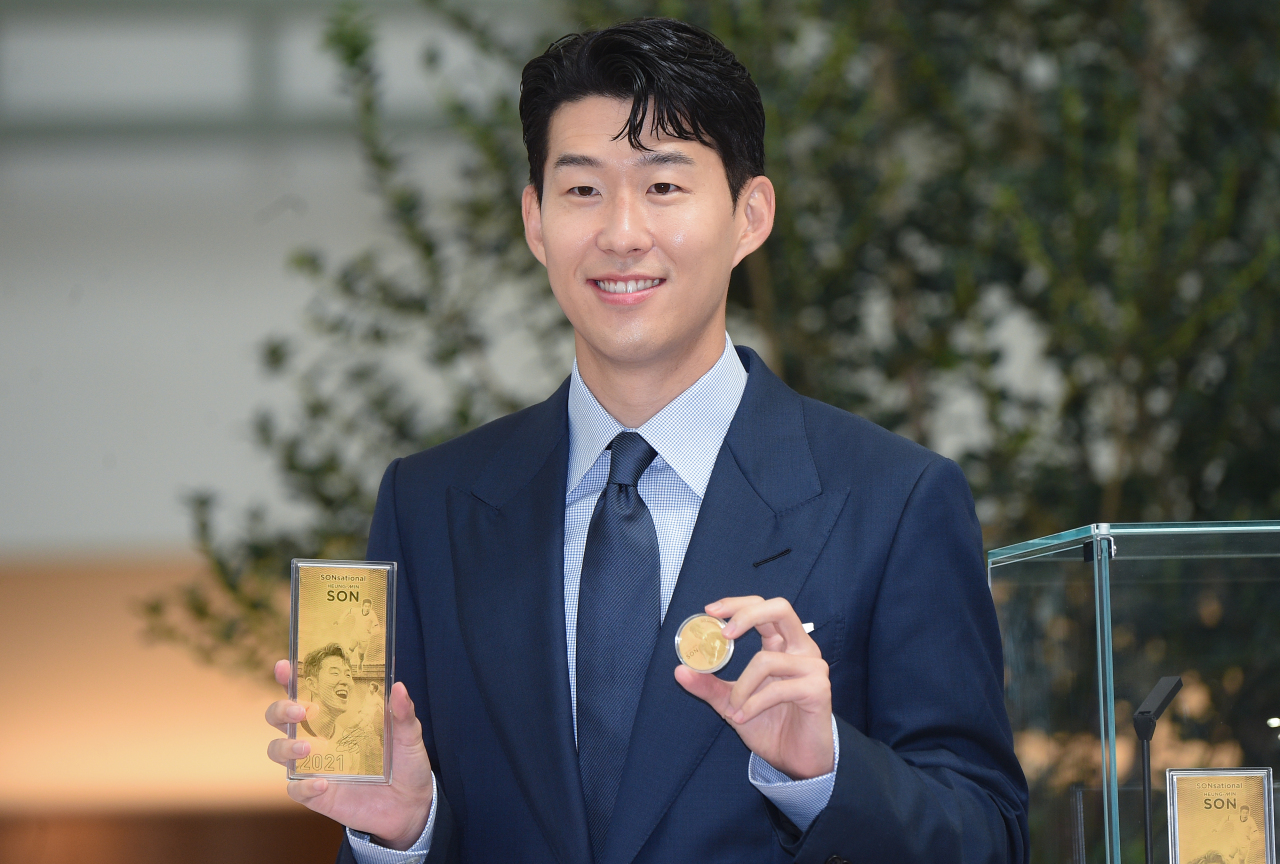 The medals, which are certified 99.9 percent pure gold or silver, are sold each with a warranty certificate holding unique serial numbers, which KOMSCO said will add value and credibility to the products.

Part of the proceeds will be used as funds to promote South Korea's youth football development programs, the company said.

"I believe the medal was produced to encourage me to work harder as a South Korean athlete and become a better player. I will remember the meaning behind the medals," Sohn said during a product launch event held in Seoul.

Since making his professional debut in the German Bundesliga in 2010, Son has become arguably one of the finest football players ever to come out of South Korea. He is the country's all-time leading scorer in European club football with over 150 goals and counting. He enjoyed his most successful Premier League season in 2020-2021, netting a career-high 17 goals in 37 matches. (Yonhap)