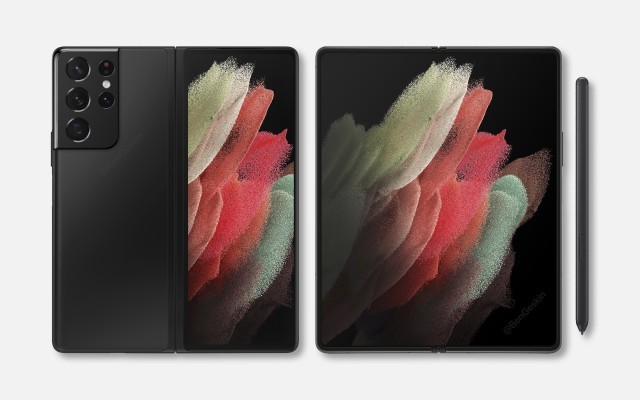 Render of Galaxy Z Fold3 (GSM Arena, Sam Mobile)
Samsung Electronics will unveil a lineup of new mobile devices, including foldable phones, next month, according to industry sources on Monday.

Industry watchers say that Samsung will be holding a Galaxy Unpacked event at 11 p.m. on Aug. 11, Korea time, which will be livestreamed from Seoul.

Samsung, however, hasn’t yet sent out an official invitation to its partners and media worldwide. Regarding the schedule, Samsung said it is not yet fixed.

The upcoming show will be the first that will pivot to the Korean tech giant’s foldable smartphone lineup, bidding adieu to the phablet-type Galaxy Note series with the S Pen stylus that had been the highlight of the August show for the last 10 years.

Early this year, Samsung officially announced it will not launch a new Galaxy Note model this year, a major change in the company’s smartphone portfolio.

Instead, Samsung rolled out the Galaxy S21 series in February, and added the Note’s signature S Pen to Galaxy S21 Ultra, for those who may miss the Note series.

According to leaked render images, the Galaxy Z Fold 3 is likely to feature a 7.55-inch internal foldable Super AMOLED screen and a 6.23-inch cover display.

For photography, it is likely to sport a total of five cameras, including a triple camera module of three 12MP shooters, a 16MP under-display selfie-camera and a 10MP shooter on the cover display.

If so, it will be the first time Samsung introduces the under-display camera for smartphones. Known as UDC, the camera embedded under the display would offer an uninterrupted viewing experience, free of notches or punch holes on the main display. 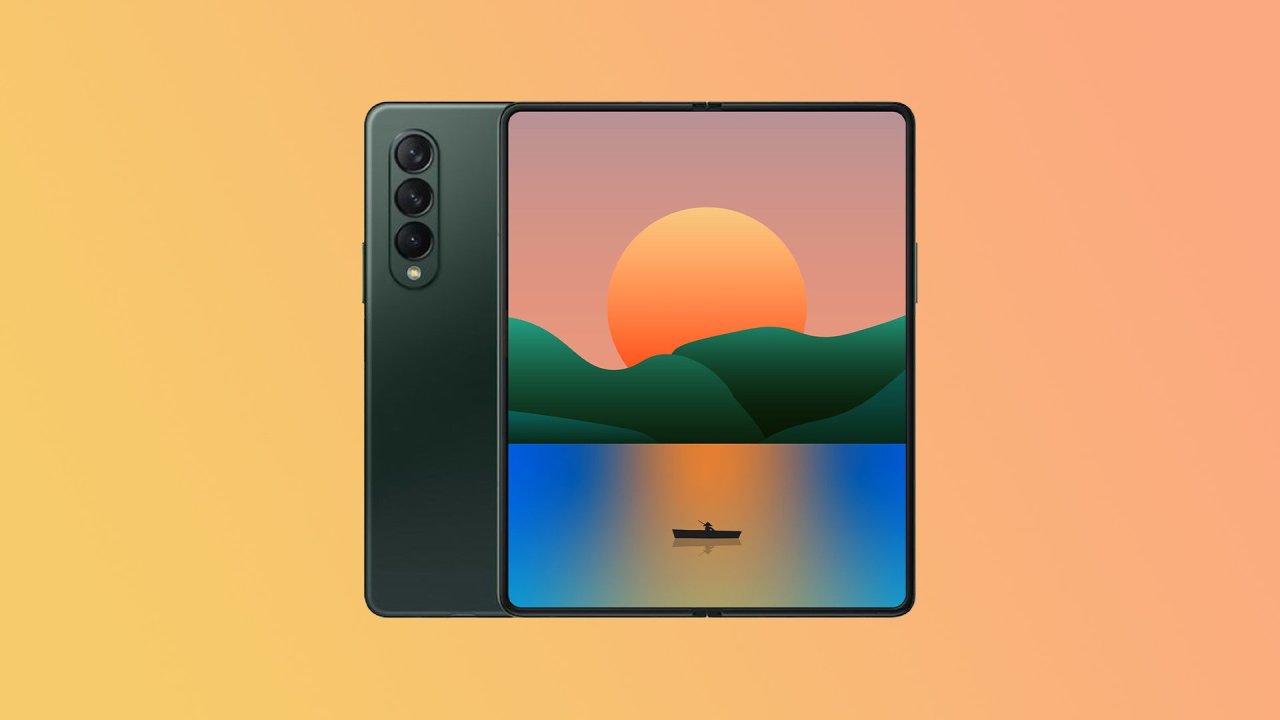 The third edition of Z Fold will also support S Pen, which could be attractive to long-time users of Galaxy Note devices.

Samsung’s clam-shell foldable phone Galaxy Z Flip3 would come in two models. One is rumored to be Galaxy Z Flip3 Lite, a mass-market model with a more affordable price tag.

The 1.1-inch cover display on the predecessor Z Flip models is anticipated to be expanded to 1.9 inches, allowing users to read text messages on the smaller display without unfolding the phone.

Samsung plans to make 2021 a year of foldable phones by putting more weight behind the devices.

According to Counterpoint Research, the total shipments of foldable smartphones stood at 2.8 million units last year. The figure is forecast to reach 5.8 million this year.

Samsung is also reportedly preparing to commercialize a dual foldable phone that can be folded twice, using both in-folding and out-folding hinges.
Samsung Display, the display subsidiary of Samsung, has unveiled a concept image of the S Foldable display that is highly likely to be used for dual foldable phones.