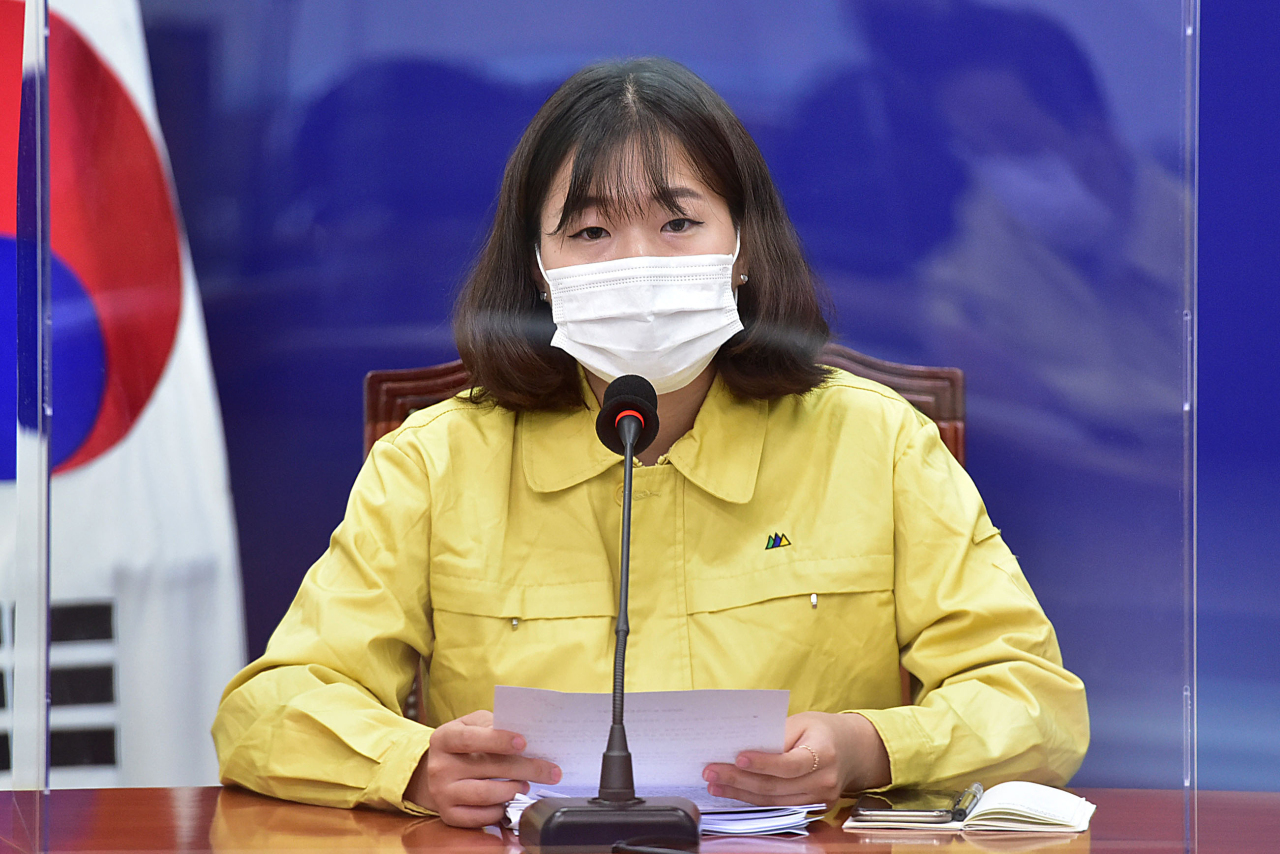 [2] On Wednesday, Park Seong-min, a former supreme council member of the ruling Democratic Party of Korea who studies Korean language and literature at Korea University in Seoul, started her work as a secretary for the presidential political affairs office.

[3] But online communities have seen complaints pour in as angry young job seekers, especially those preparing for the highly competitive civil servant exam, question the fairness of her appointment. “Most civil servants start as Grade 5 officials and it takes more than 30 years for them to become Grade 2 officials,” an association of aides to lawmakers at the main opposition People Power Party said in a statement.

[4] President Moon Jae-in’s senior political secretary Lee Cheol-hee disputed that view in a radio interview on Tuesday. “Her capabilities have already been fully reviewed before the appointment,” he said.

[1] To those who have difficulty in grasping the characteristics of the younger generations of millennials and Gen Z -- pay attention to the “metaverse.” A combination of “meta” and “universe,” the term refers to a virtual world shared by people from the real world.

[2] In the beginning, it looked like nothing more than a game, or virtual playground for younger people. But it is now a serious world of a digital economy, where a virtual Gucci bag resold for $4,115, higher than its real-world value. Drawn to the huge potential the metaverse concept presents, businesses are getting ready to, or are already making the moves to, tap into the virtual world.

[3] “Since the main user base, consisting of the MZ generations, is highly attractive to retailers and fashion brands, many business-to-business partnerships are underway,” said a public relations official at Naver. It has raised profits from marketing collaborations with renowned brands like Nike and Gucci. Around 5 million Nike shoes have been sold in Zepeto, exceeding in-person offline sales.

[4] Naver seeks to make Zepeto another complete world where the MZ generations can make a living, for example by making money from creating virtual products and services, and also go shopping with virtual money and enjoy in-world entertainment.