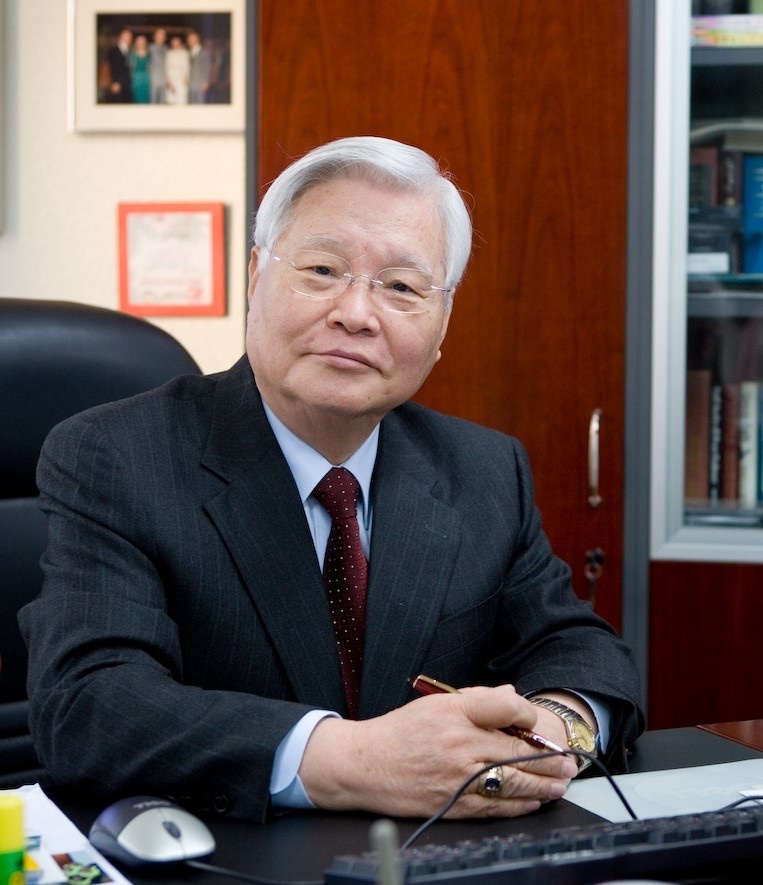 “It was the year when I turned 77. My friends all know about the hardships that I went through. Since I survived through them, they said it would be a good idea for me to write a book about it,” Song said during an interview with The Korea Herald. “They convinced me that it can give courage to people in a tough environment. I was persuaded.”

In the memoir, Song, who was born in North Korea, first tells a story about how he managed to survive alone in Seoul. The book goes on to depict how he unexpectedly started a new life in the US and made an unusual career choice after finally achieving the American dream.

The 83-year-old pastor was not afraid to share his dirty laundry in his book.

The first part of the book tells a story about how he became a gang member as a kid. He explained that although he wanted to escape from the gang, he could not.

“The gang members kept their eyes on me. (When they could not watch me) they stripped me naked so that I couldn’t escape. I looked for my chance,” Song said.

One day that chance finally came, he said. When the gang members were out watching a movie, he ran from them -- despite being naked -- and went straight to a police station in Suwon, Gyeonggi Province.

When telling this story, he confessed in the book that he’d had bitter feelings toward God and his parents for letting him get stuck in this miserable situation.

Song’s book also recalls experiences that today’s younger generation can relate to, such as his struggles to earn money to pay his university tuition and the difficulties that he faced in getting a job.

“I finished serving in the Army at the time and had to return to school. So I had to earn money for my tuition. I saw a help-wanted advertisement in a newspaper. Osan Airport was recruiting workers,” Song said. “I told my friend that I want to apply for the job and he told me not to waste my time.”

Although he didn’t get the job at the airport, applying led to his meeting a senior officer who later connected him to a woman in the US, who supported him by paying his tuition.

Toward the end of the interview, Song talked about how he quit working for an accounting company and became a pastor. 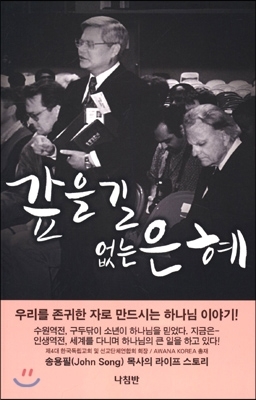 “Grace That Cannot Be Repaid” by John Philip Song (Nachimban)
“It was after reading a story about four people who have leprosy in the Bible,” he said. “I found myself through this story.”

The Bible’s Book of Kings tells the story of four lepers who are starving outside the city gates during a famine. Desperately searching for anything to eat, they come upon empty tents left behind by an enemy army, full of food and wealth. After enjoying some food in one of the tents, the four men realize they need to share their good fortune with the starving people in the royal palace.

The pastor explained that he felt he was in the same situation as the four men with leprosy -- enjoying food and wealth all by themselves and deciding to find a way to share their good fortune with others.

Following the epiphany that he had, Song began taking on projects to give back to society.

One of these projects involves honoring Korean War veterans, as honorary president of the Korean Informational Association, by awarding medals made out of barbed wire and empty cartridges.

“We started it 10 years ago. We call them peace medals,” he said.

Song’s book, “Grace That Cannot Be Repaid,” is published both in English and Korean.