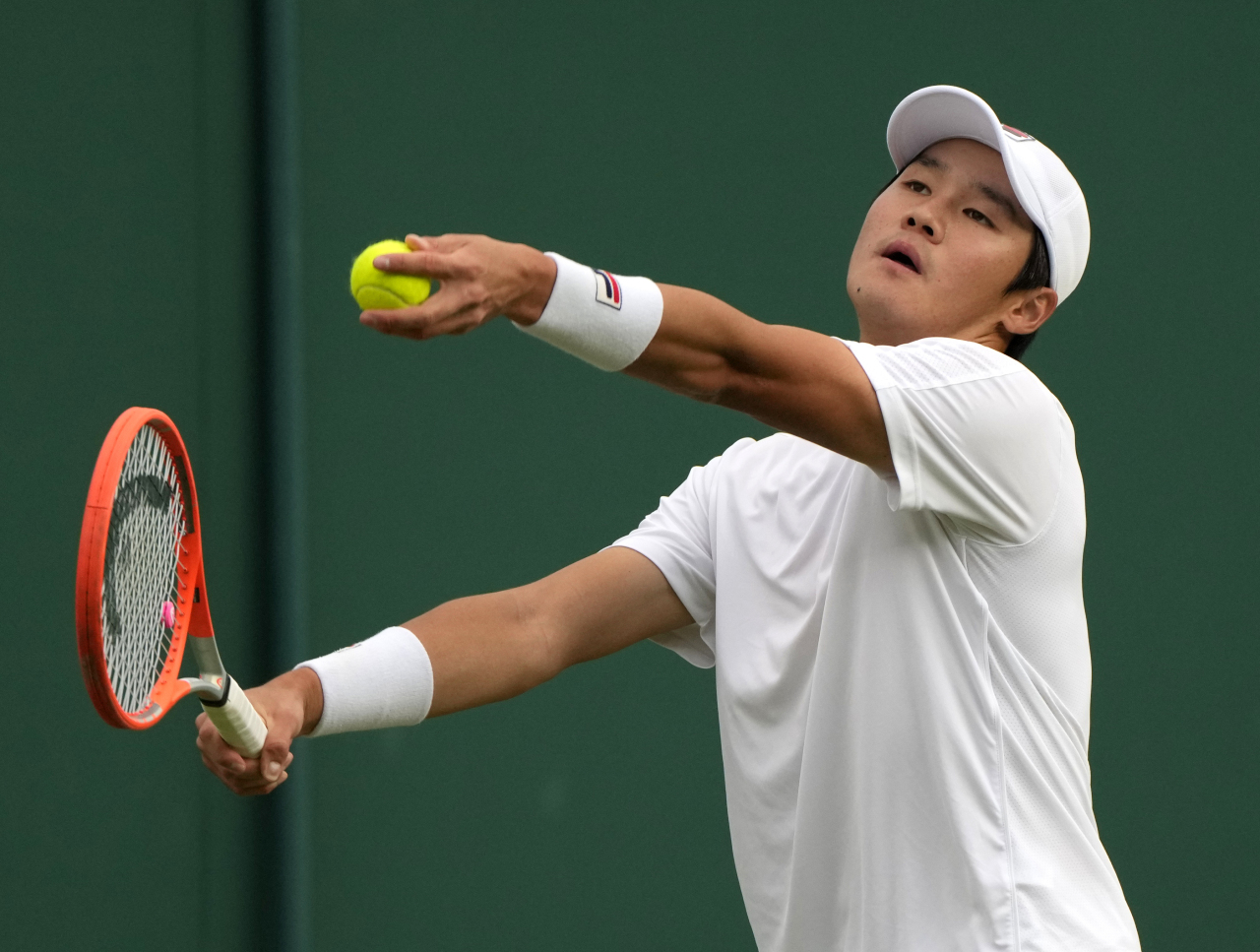 Their match began Monday after more than three hours of rain delay and was suspended due to darkness after Masur took the first set in 51 minutes.

When the match resumed the following day, Kwon quickly took control of the match by winning the next two sets.

With Kwon up 2-0 in the fourth set, Mother Nature intervened once again and caused another rain delay of about four hours. Kwon didn't lose his momentum and dispatched the 222nd-ranked German in four sets.

The match itself took two hours and 34 minutes. Kwon scored 14 aces and led Masur in winners, 41-33.

Kwon is coming off a trip to the third round at the previous Grand Slam tournament, French Open, earlier this month. The Australian Open is now the only major competition where Kwon has yet to pick up a win.

In the second round, Kwon will face another German player, the 62nd-ranked Dominik Koepfer. It will be the first meeting between the two players, and both will try to get past the second round of Wimbledon for the first time. (Yonhap)