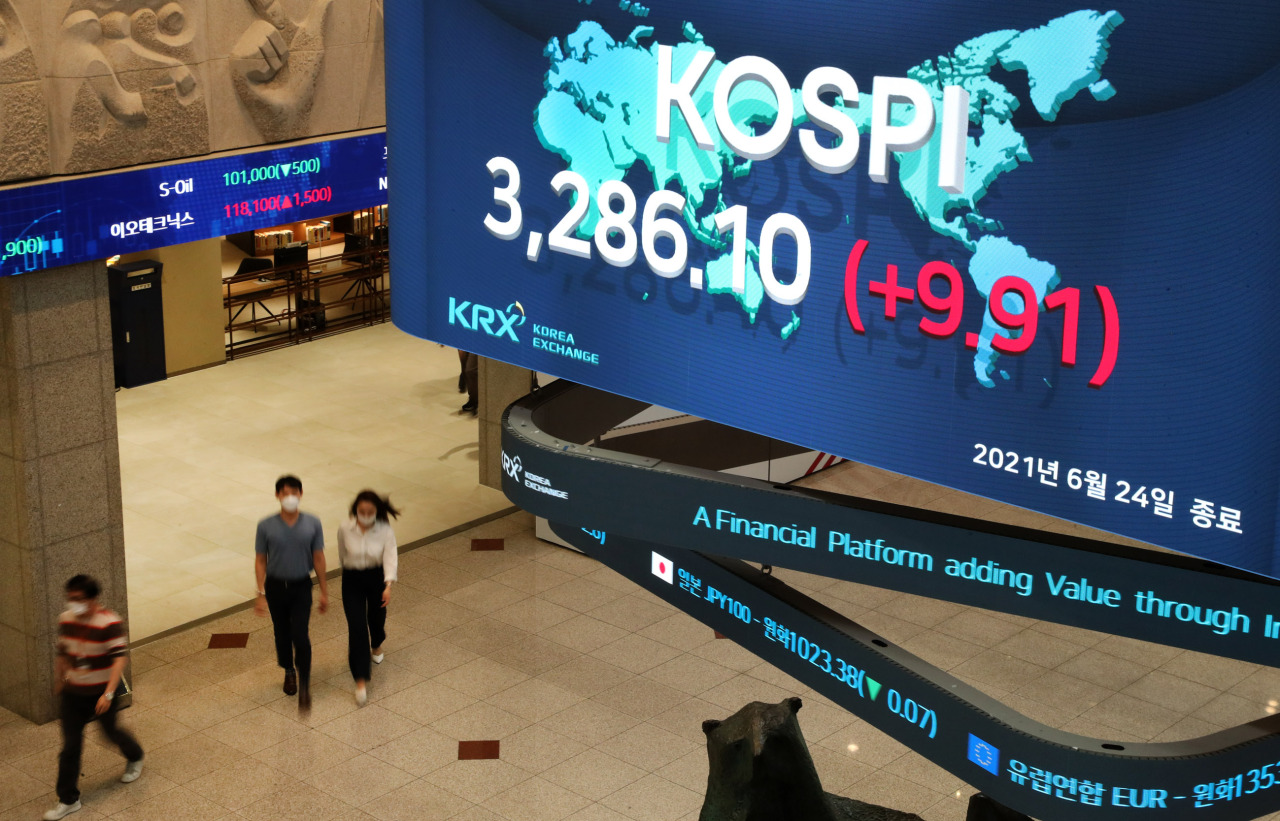 An electric board at the Korea Exchange’s Seoul office shows that South Korea’s main bourse, the Kospi, set a closing record of 3,286.10 points Thursday. It was the first time the index surpassed the 3,280-point mark at the closing bell. (KRX)
Fueled by hopes of a fast economic recovery, South Korea’s benchmark Kospi topped the 3,280-point mark for the first time at Thursday’s closing. It also hit a new high during intraday trading, attempting to touch the 3,300-point threshold.

The index advanced following tech stocks’ gains despite lingering uncertainties over the US Federal Reserve’s timeline for tapering. Overnight, the tech-heavy Nasdaq Composite notched an all-time high of 14,271.73 on Wall Street as well.

Hyundai Motor closed unchanged, but the country’s two online giants and Kospi’s No. 3 and No. 4 most valuable stocks -- Naver and Kakao -- dipped 0.94 percent and 7.37 percent, respectively. LG Chem and Celltrion also declined, 0.48 percent and 1.07 percent.

The tech-heavy Kosdaq began trading 0.06 percent higher at 1,017.11, but it soon moved downward and remained bearish throughout the day to close at 1,012.62 points. It was led by both foreigners and institutional investors, who turned net sellers again after net buying in the previous session. They sold a net 155 billion won and 73 billion won, while retail investors scooped up a net 228.7 billion won.

The local currency closed at 1,134.9 won against the US greenback, up 2.8 won per dollar or 0.25 percent from the previous session’s close.