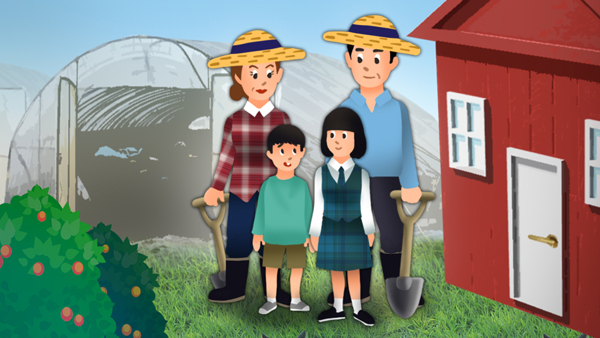 (Yonhap)
The number of urban households in South Korea that moved to provinces to take up farming rose last year, data showed Thursday, as more people searched for new job opportunities outside cities.

The number of return-to-farm households came to 12,489 in 2020, up 9.3 percent from a year earlier, according to the data compiled by Statistics Korea and the Ministry of Agriculture, Food and Rural Affairs.

By age group, those in their 50s accounted for the largest portion of 35 percent among those moving to farms, followed by 60-somethings with 32.5 percent. People in their 30s and below took up 10.9 percent, the data showed.

It has become a common social phenomenon here for urban households, consisting of couples who have retired from their jobs, to settle in a provincial area as a fresh way of spending their later years.

"More people are seeking a new life at farms amid the rising awareness of the so-called work-and-life balance and lower population density," an official from the ministry said.

Another group of 345,205 households moved to farms to engage in non-agricultural jobs, also up 8.7 percent on-year.

The number of households moving to fishing towns, on the other hand, edged down 0.8 percent over the period to 897. (Yonhap)