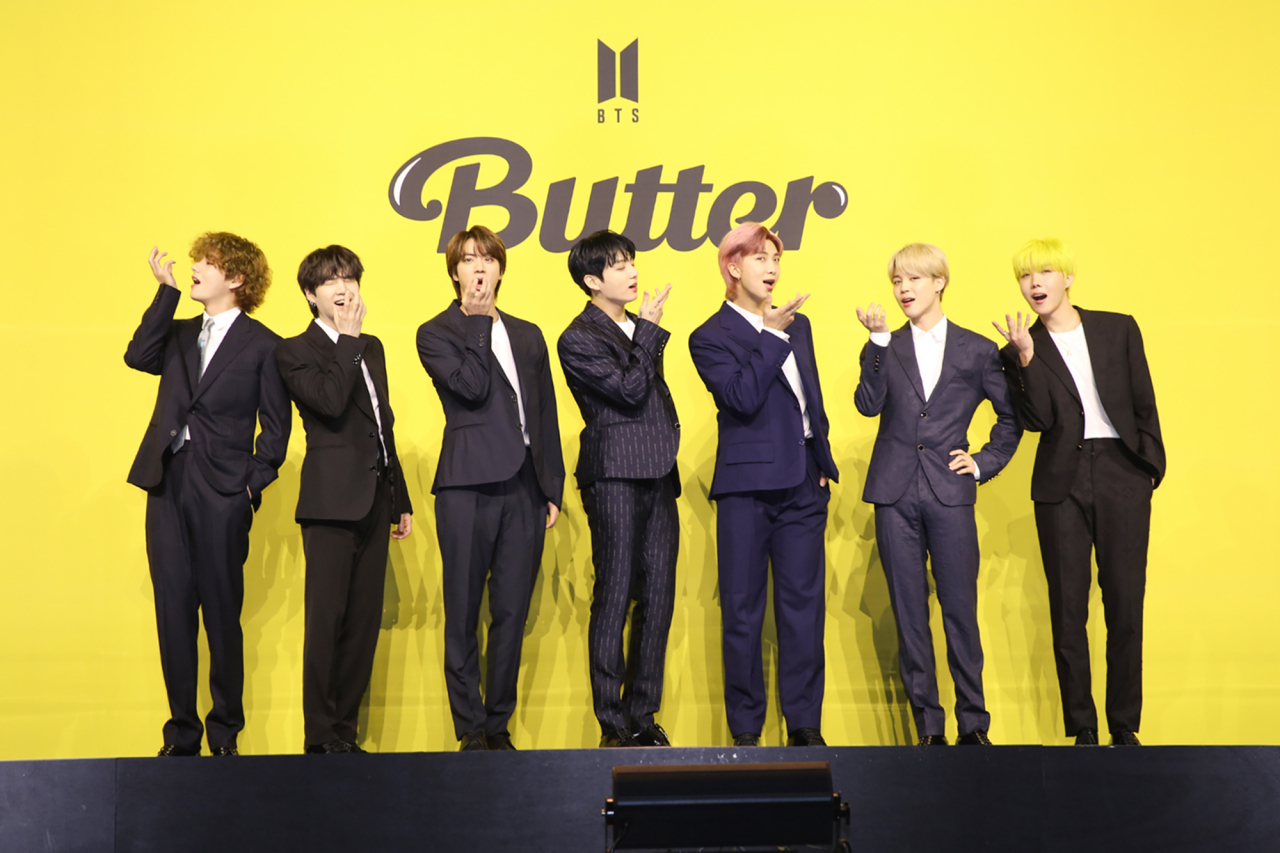 Boy band BTS (Yonhap)
Stocks gifted to members of boy band BTS have snowballed to a combined value of nearly 150 billion won ($132.5 million) over the course of about 10 months.

The gift -- 478,695 common shares of BTS’ management agency Hybe that were evenly distributed to the seven members -- is now valued at the domestic stock market at 149.8 billion won, as Hybe shares notched an all-time high for five straight trading days until Friday.

This means members RM, Jin, Suga, J-hope, V, Jimin and Jungkook have each accumulated wealth worth 21.4 billion won in stocks. Each of their 68,385 shares in their pockets represent 0.18 percent of voting rights in the company.

Among those under the age of 30 in Korea, all seven members ranked 43rd in a list of the richest people by stocks owned, according to an estimate by market tracker FnGuide.

Hybe stocks’ closing price came to 313,000 won apiece Friday, up 5.4 percent on a single trading day. Hybe’s market cap reached 11.1 trillion won, becoming the 38th-largest stock to be trading on the Korea Exchange’s main board Kospi. The shares were on a winning streak for seven consecutive trading days, with their price rising nearly 20 percent during the period.

Hybe founder and CEO Bang Si-hyuk gave the stocks to its prized boy band a month before the company went public. Hybe, then known as Big Hit Entertainment, said the gift was a token of the long-term partnership between the company and the artists.