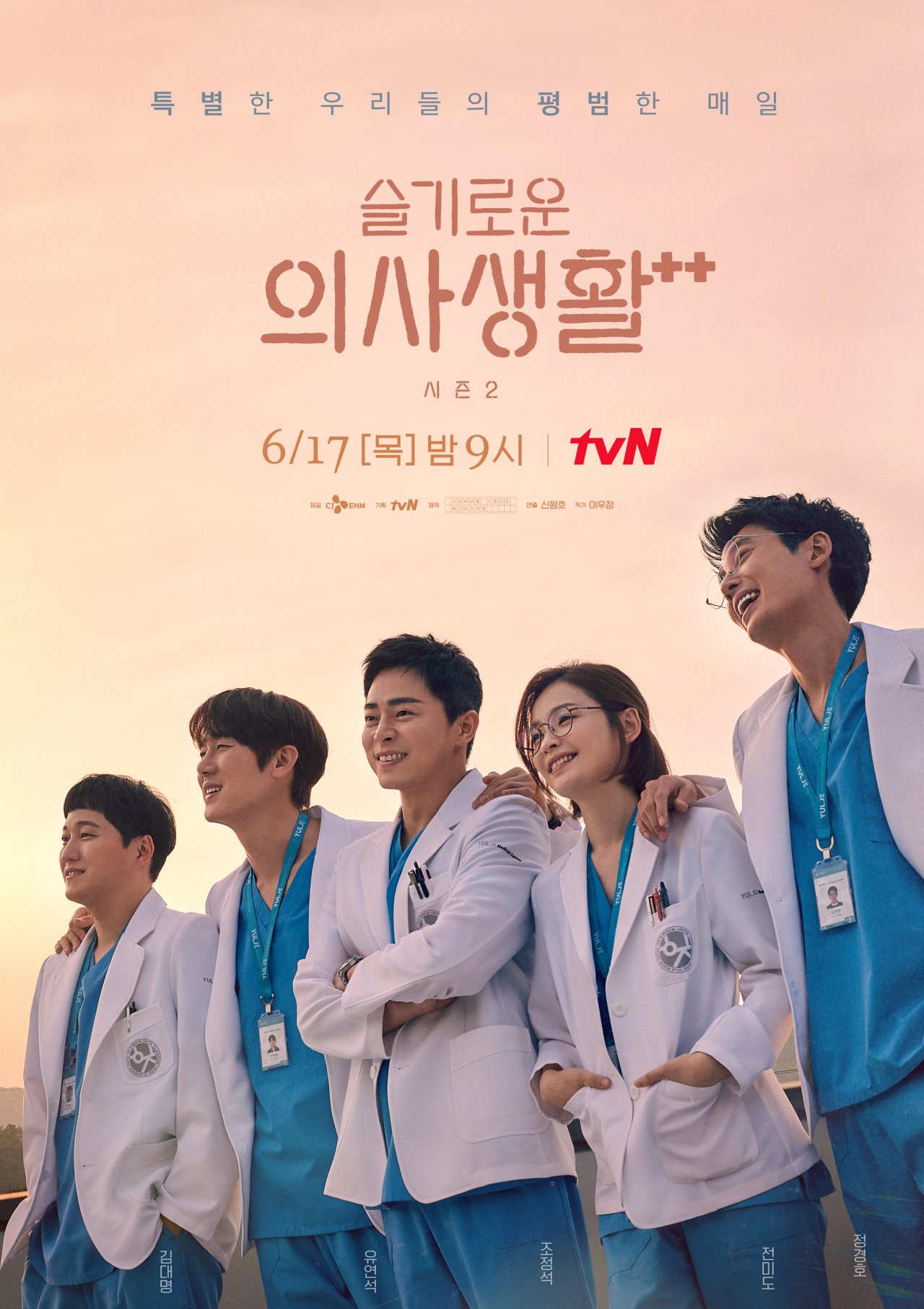 Thursday night’s episode recorded an average viewership rating of 10 percent, according to Nielsen ratings, making it the first tvN drama series to chart double-digit ratings on day one, as it reached as high as 12.4 percent at its peak.

The TV drama written by Lee Woo-jung and directed by Shin Won-ho centers on the five doctors from the previous season, depicting their daily lives and hectic hospital routines as well as their friendship.

The bond among the five main characters, Lee Ik-joon (Cho Jung-seok), Ahn Jeong-won (Yoo Yeon-seok), Kim Jun-wan (Jung Kyoung-ho), Yang Seok-hyeong (Kim Dae-myung) and Chae Song-hwa (Jeon Mi-do), seemed to have become stronger in the second season‘s first episode, and stories of patients and their families at the crossroads of life and death touched the hearts of viewers.

Thursday’s episode also explored romantic relationships among the characters, hinting at a season with love in the air -- as well, perhaps, as heartaches. The 12-episode first season aired from March through the end of May last year, a recording peak viewership rating of 14 percent.

A notable feature of the drama is the conclusion of each episode comes with a performance of an all-time favorite Korean pop tune by the five doctors, who have formed a band.

Thursday‘s episode ended with the band performing “Rain and You,” a song originally released in 2006 as part of the soundtrack for the hit film “Radio Star.”

“Hospital Playlist” airs Thursday nights on tvN at 9 p.m, and can be viewed on Netflix from 11 p.m. on the same day.