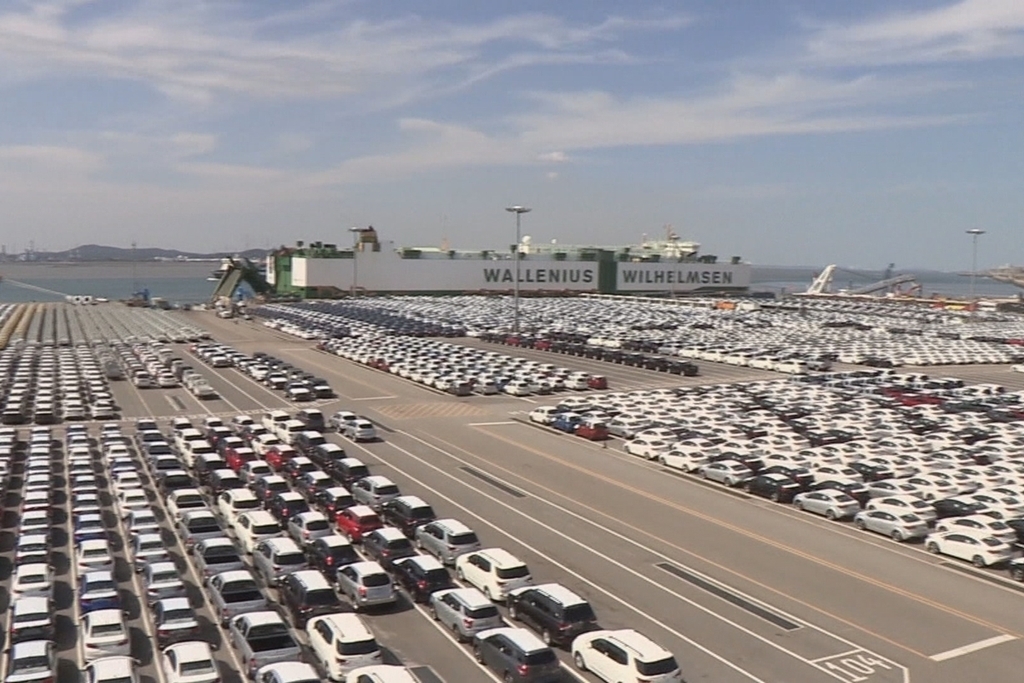 (Yonhap)
South Korea's exports of automobiles jumped nearly 58 percent in May on the back of strong demand for eco-friendly cars and SUVs, data showed Sunday.

Outbound shipments of automobiles reached 150,894 units in May, according to the Ministry of Trade, Industry and Energy. In terms of value, exports nearly doubled to reach $3.49 billion.

The ministry attributed the growth to the strong performance of electric cars, along with Hyundai Motor Co.'s independent Genesis brand.

The rebound also came on a base effect, as South Korea's auto exports dropped around 60 percent on-year in May 2020 due to the COVID-19 pandemic.

Hyundai's smaller sister Kia Corp. saw its exports gain 70.8 percent to 64,700 on the back of strong shipments of sport utility vehicles.

Exports by Renault Samsung Motors Corp. jumped more than fourfold on strong sales of the XM3 SUV in the European market.