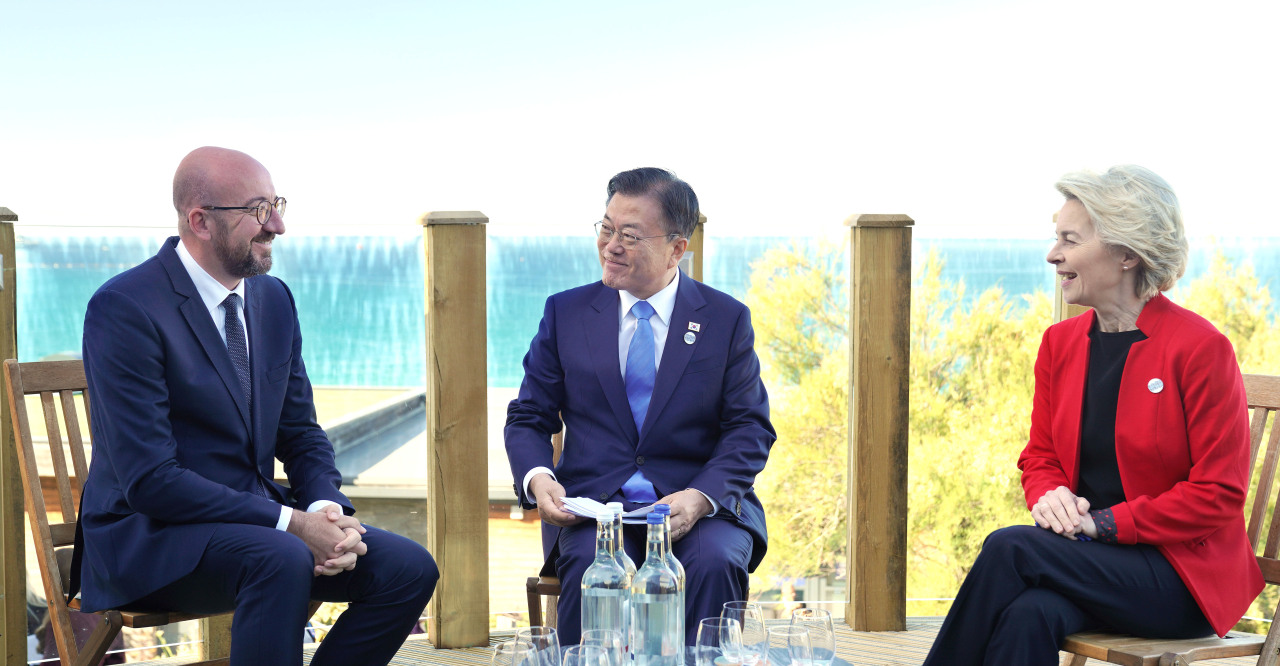 Moon had the talks with European Council President Charles Michel and European Commission President Ursula von der Leyen on the sidelines of the annual Group of Seven (G-7) summit that opened here the previous day.

Especially, they agreed that there is great potential for cooperation in the climate and environment field, with both sides leading the international community's campaign for carbon neutrality, according to Cheong Wa Dae.

It marked Moon's first face-to-face talks with the EU leaders who were inaugurated in December 2019. The two sides had a virtual summit in June last year. (Joint Press Corps)