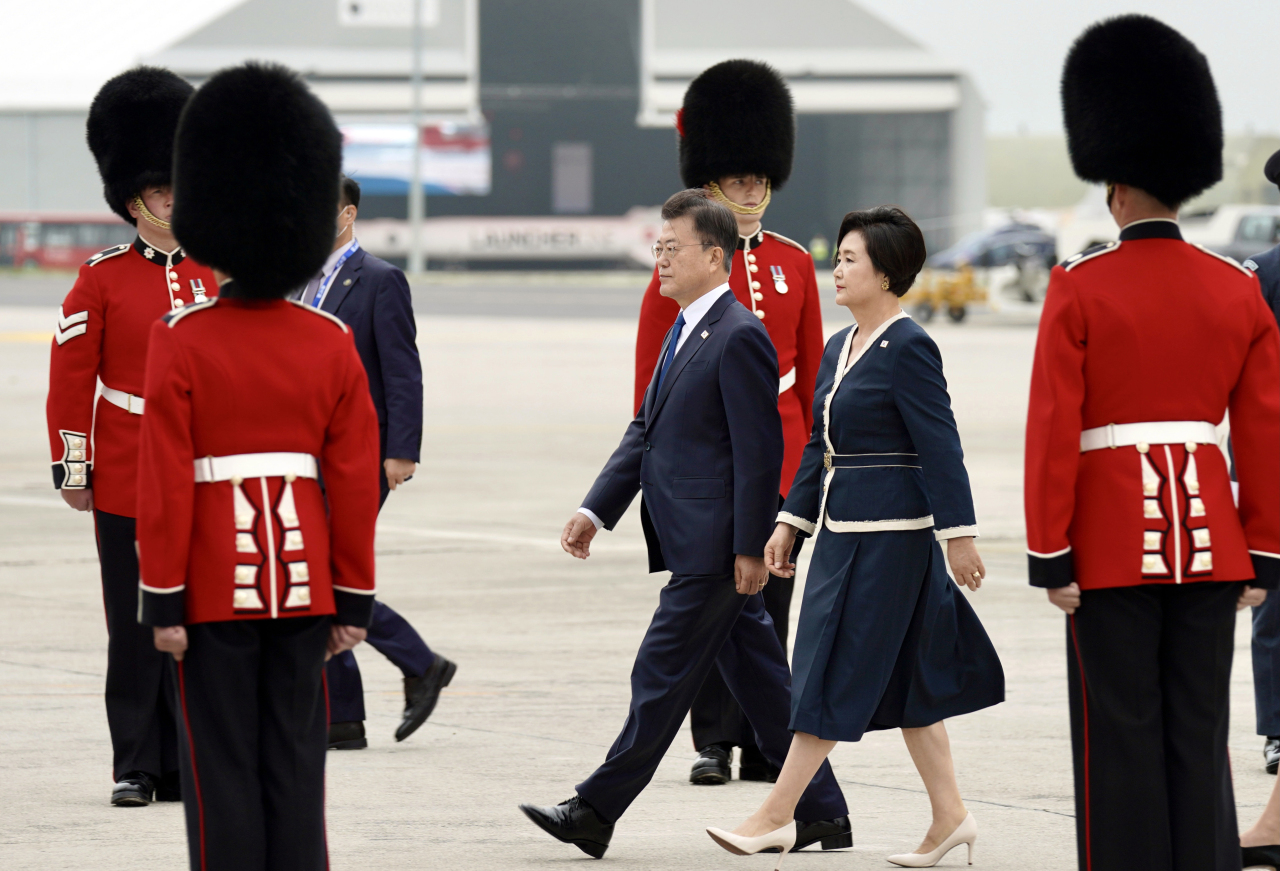 He is joining the session as a guest invited by British Prime Minister Boris Johnson, the host of the first major multilateral summit since the outbreak of COVID-19.

During the two-day "expanded" G-7 forum to be held till Sunday in this southwestern county, Moon plans to have discussions on how to address such global challenges as a health crisis, climate change and trade disputes.

Other participants include the leaders of the G-7 member states: the United States, Canada, France, Germany, Italy, Japan and Britain, as well as representatives from the European Union.

The leaders of Australia, India and South Africa have been also invited as guests, while Indian Prime Minister Narendra Modi is taking part via video links due to the severity of the COVID-19 pandemic in his country.

Moon said the G-7's invitation for South Korea to its annual summit reflects the rise of its international stature to a "level on par with G-7 members."

"My participation in the summit itself will serve as a catalyst for upgrading our diplomacy," he said during a Cabinet meeting earlier this week.

"Our responsibility and role in the international community have now grown even larger," he added, describing the G-7 summit as an opportunity to broaden Seoul's "diplomatic horizons" and enhance its role in resolving pending global issues.

On the fringes of the summit, Moon plans to hold one-on-one talks with his British, Australian and EU counterparts.

But they did not rule out the possibility of the two having informal talks, like a "pull-aside," probably joined by US President Joe Biden. The White House said "virtually anything is possible in a small space where 10-12 leaders gather in one place." (Joint Press Corps)