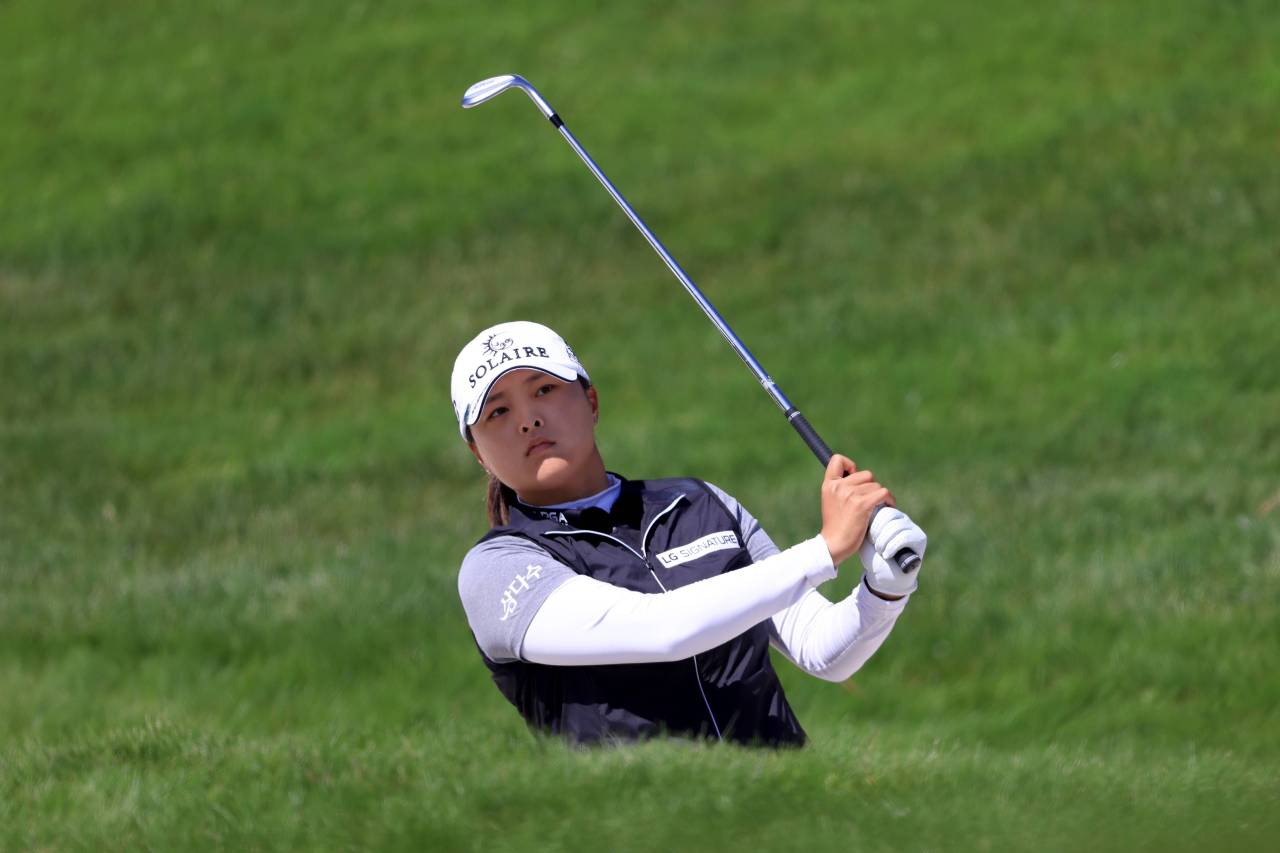 In this Getty Images photo, Ko Jin-young of South Korea watches her approach shot on the third hole during the final round of the US Women's Open at the Olympic Club in San Francisco on Sunday. (AFP-Yonhap)
Two South Korean golfers have finished tied for seventh at the US Women's Open, as the country failed to produce its third consecutive champion at the oldest major tournament in women's golf.

World No. 1 Ko Jin-young and second-ranked Park In-bee both finished the championship at one-over 285 at the Olympic Club in San Francisco on Sunday (local time). Ko shot a two-under 69 in the final round, thanks to three birdies against one bogey. Park, a two-time US Women's Open champion, had a 72 on Sunday, with three birdies against four bogeys.

Three other golfers finished at one-over for the tournament, won by Yuka Saso in a playoff against Nasa Hataoka.

South Korean players had claimed three of the past four US national titles: Park Sung-hyun in 2017, Lee Jeong-eun in 2019 and Kim A-lim in 2020.

Kim missed the cut after shooting 79-70. Lee began the final round at three-under, tied for third and four shots behind the leader Lexi Thompson. Lee managed just one birdie against six bogeys, including three straight starting at the 13th, for a 76 in the final round. She ended in a two-way tie for 12th at two-over 286.

"I had a great round today. I had a lot of birdie chances, but I missed some putts," Ko said. "I am happy with a strong finish. I like tough courses because I love the competition with all the best players."

Park called the course "monstrous" and noted the hole locations were especially difficult in the final round.

"We had to really be careful with the putter. I think that was really the difference," Park said. "I probably didn't hit it as well as I wanted to all this week. Missed a lot of fairways this week, which really cost me. I'm just going to work on my swing a little bit (and) tweak just little things around."

The next major tournament is the KPMG Women's PGA Championship from June 24-27 in Atlanta Athletic Club in Johns Creek, Georgia. South Korean Kim Sei-young is the defending champion. (Yonhap)