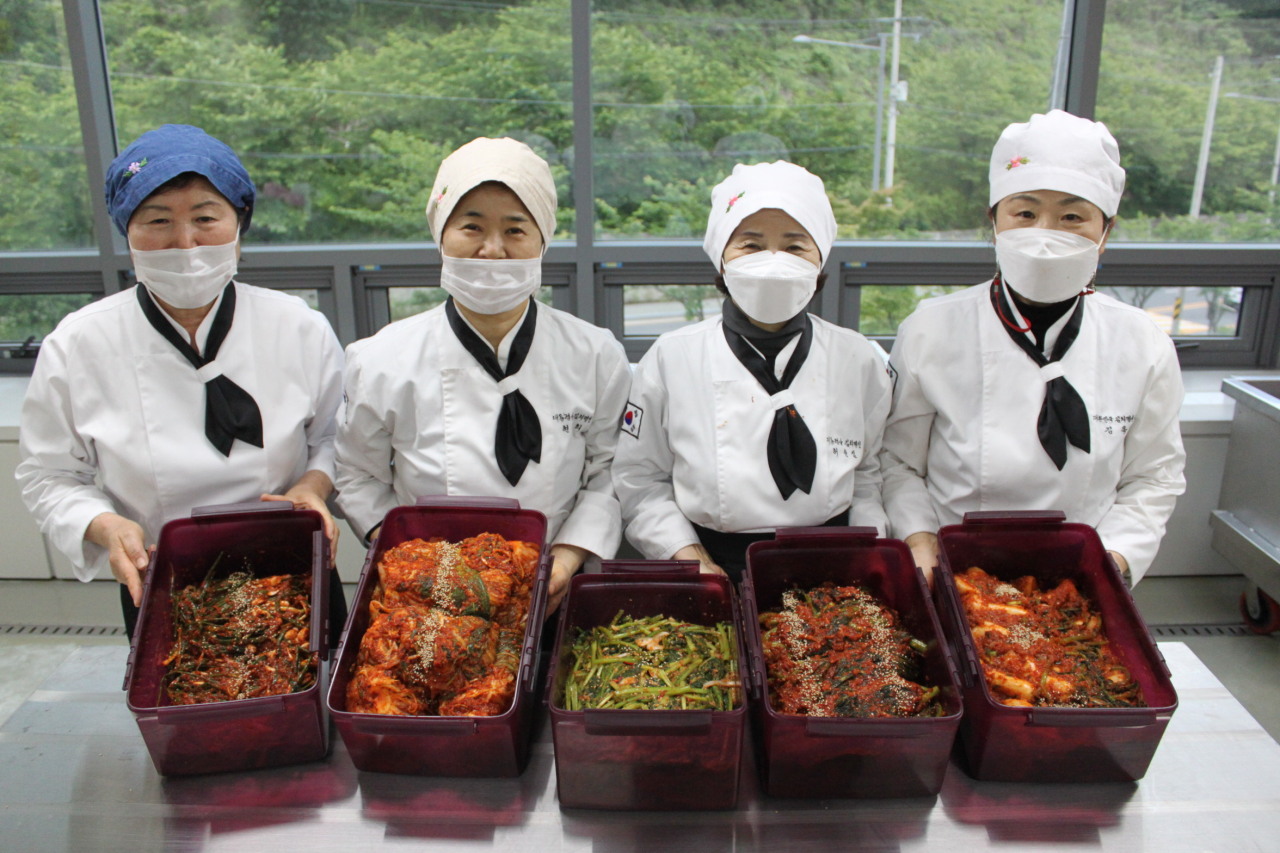 Kimchi masters who have received the Presidential Award present their kimchi. (Yonhap)
A national promotional agency has published a book on kimchi and how it is perceived around the world amid a continued cultural feud over the traditional Korean staple.

"Kimchi in the Eyes of the World," released on Tuesday, explores the culture of kimchi through stories of foreigners who have tasted the vegetable dish, how the spicy condiment is made, and what social and historical context it carries, according to the Korean Culture and Information Service (KOCIS) affiliated with the Ministry of Culture, Sports and Tourism.

Made up of six sections, the book includes columns by experts, such as British journalist Tim Alper who remarked that "a taste of community spirit" is the secret ingredient for the fermented cabbage, as well as kimchi-making events that took place at foreign embassies here and overseas Korean Cultural Centers.

It also carries recipes using kimchi, such as kimchi fried rice and kimchi pancakes, as well as different types of kimchi like diced radish kimchi and "chonggak" kimchi, ponytail radish kimchi in English, with ingredients from other countries.

The last section of the book is a Q&A, which explains the history of kimchi and how the traditional Korean dish is different from China's "pao cai."

The book, published in both Korean and English, is available online on the official websites of KOCIS and Korea.net. Hard copies of the book will be distributed to overseas cultural centers and foreign embassies in Seoul.

The book comes amid continued attempts by some Chinese media that claim the Korean dish is Chinese, a move that has sparked strong criticism here.

Most recently, some convenience store franchises pulled kimchi rice products after their packaging was found to have used pao cai for a Chinese translation instead of kimchi. (Yonhap)