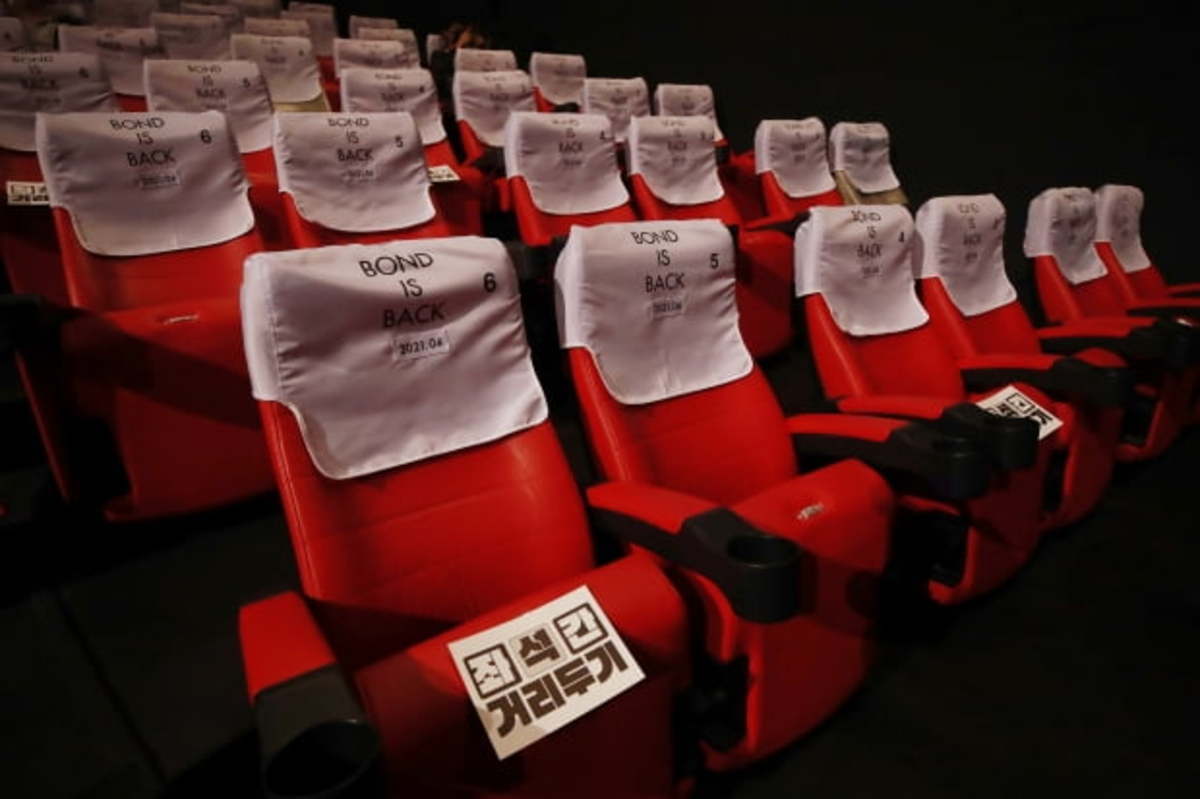 An empty movie theater in central Seoul amid the pandemic. (Yonhap)
The virus-hit South Korean performing arts sector is heading for a recovery this spring after plummeting last year, thanks to recently eased social distancing rules, data showed Tuesday.

The combined revenue of 2,700 theatrical plays, musicals, classical concerts and other performances reached 70.5 billion won ($63.6 million) over the March-May period, according to the data by the Korea Performing Arts Box Office Information System (KOPIS).

The amount more than doubled from the 25.4 billion won tallied in the same period last year, when only 697 shows were staged.

The sharp increase came as the South Korean health authorities relaxed preventive guidelines at concert halls and theaters in February.

Previously, performing arts theaters had to put two empty seats between every audience member in a uniformed manner in the aftermath of a virus surge around the winter season.

The musical industry had halted operations for months, claiming that the two-seat-apart rule made it almost impossible for companies to make profits.

Under the eased rules, visitors are currently allowed to sit together with their accompanying friend or family member, with one empty seat on each side.

At the same time, big-budget musicals and stage performances have resumed their local runs to ride on the upside trend.

"Dracula, the Musical," "Chicago" and "Phantom," were some examples of musicals that were hits in the first half, while the Korea National Ballet (KNB) staged "Le Corsaire" in March and "La Bayadere" in April for the first time in more than a year.

On top of that, musicals "Marie Antoinette," "Spring Awakening," "Beetlejuice" and "Hadestown" are in the upcoming lineup for the latter half of 2021.

The South Korean performing arts industry saw the COVID-19 pandemic halve its market over the past 12 months.

Some 6,000 musicals, plays and classical performances were staged between March last year and February, with a combined revenue of 130.3 billion won.

A year earlier, however, a total of 12,000 performances generated 287.9 billion won in revenue over the same 12-month period, according to KOPIS data. (Yonhap)