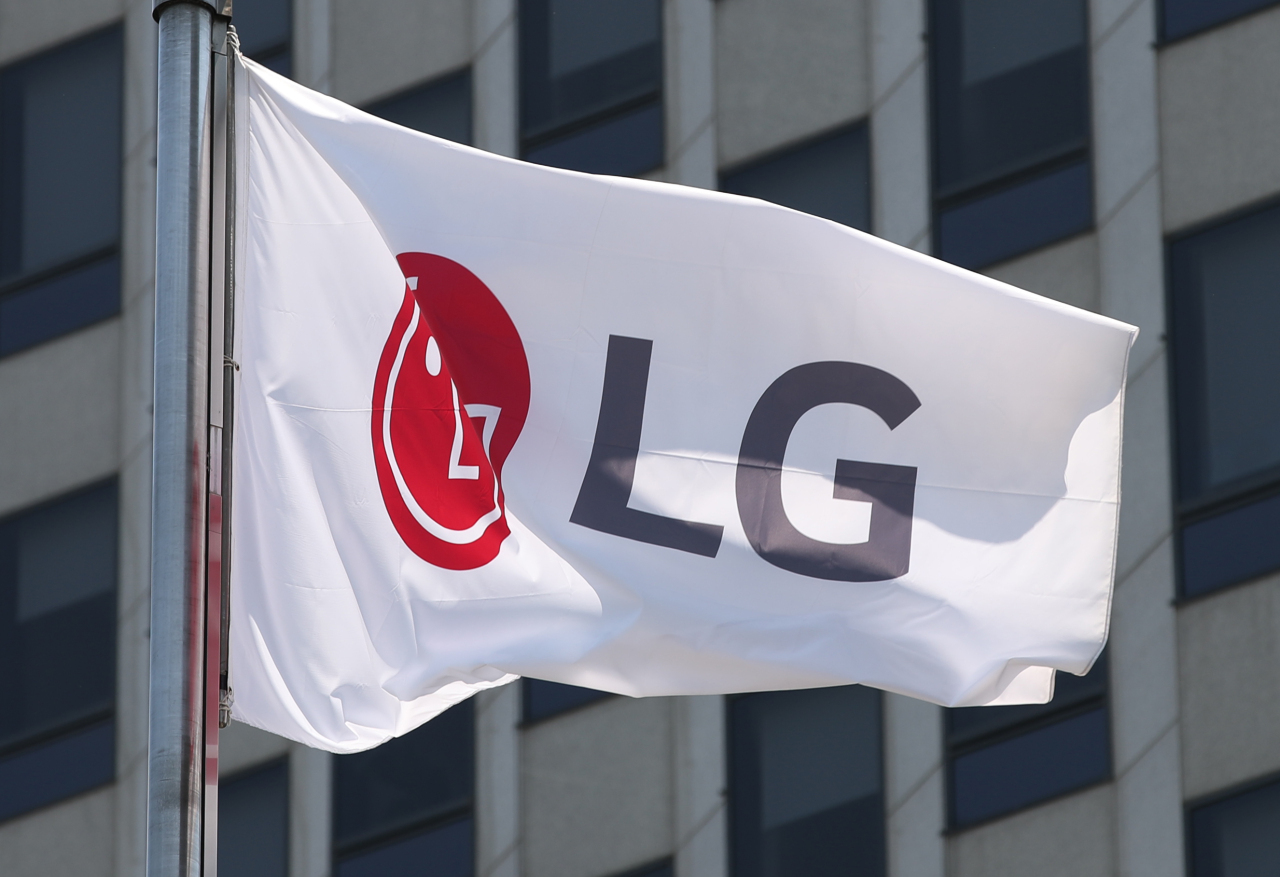 LG Electronics' corporate flag at the company's headquarters building in Seoul. (Yonhap)
LG Electronics is on path to take the crown of the world’s No. 1 home appliance maker by sales, as it continues a stellar performance this year, local analysts predicted.

According to market reports from securities companies here, the home appliance and air solution unit of LG Electronics is expected to post record high sales of around nearly 7 trillion won ($6.3 billion) in the second quarter, claiming the world’s top spot in terms of quarterly sales for a second consecutive quarter. Its operation profit is estimated to be around 800 billion won.

Meritz Securities put sales of the firm’s home appliance and air solution unit during the three-month period at 6.9 trillion won and operation profit at 817 billion won.

Sales of LG Electronics’ US rival Whirlpool in the second quarter are currently estimated at around 5.6 trillion won, according to local and foreign market reports.

In the past, LG Electronics’ sales fell short when compared with Whirlpool, although the South Korean company maintained a clear lead against the US firm in terms of operating profit since 2017.

It was only in the first quarter this year that LG Electronics outpaced the sales of Whirlpool. LG posted 6.7 trillion won in quarterly sales, while Whirlpool reported 5.9 trillion won.

Local market sources said LG is likely to maintain an upward momentum in the third quarter as well, as the coming summer season traditionally boosts sales of air conditioner products. The firm also is expected to ramp up its marketing efforts in the future to maintain the lead in the global consumer electronics market and to potentially overtake the No.1 spot by the end of this year in terms of annual sales.

LG Electronics will invest a total of some 1 trillion won in its home appliance business during this year, up around 40 percent on-year. Earlier in April, for instance, LG Electronics announced that the company has decided to inject $20.5 million to expand its washing machine factory in Tennessee.

LG Electronics is increasing marketing efforts in the US market to close the gap with Whirlpool, which usually post better performances in the US during the second half, backed by a spike in sales from large-sized year-end sales events such as Black Friday.

LG Electronics is also expected to strengthen its steam-based products and LG Objet Collection, the company‘s new home appliance line that has received positive ratings for its enhanced customization options.