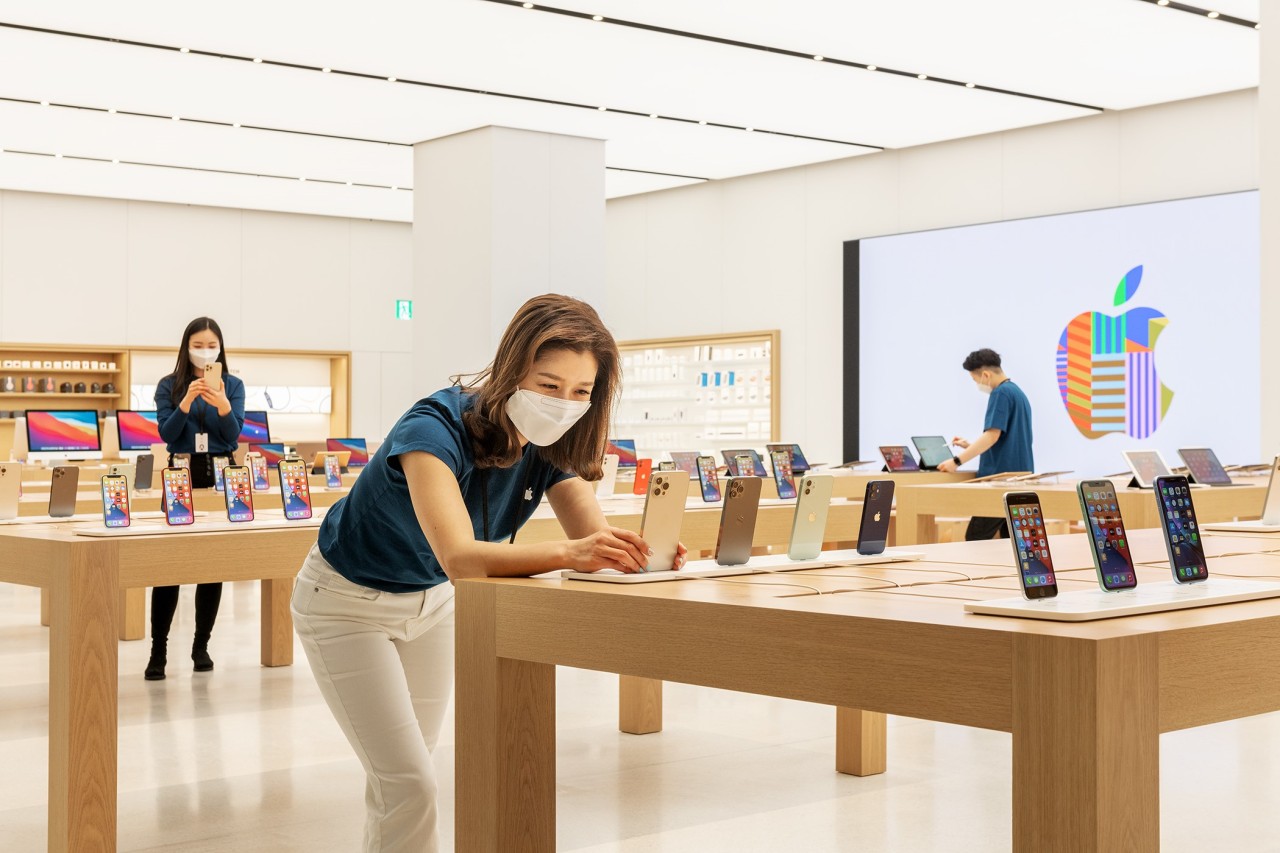 The move is seen as part of the US phone vendor’s efforts to expand its presence in the South Korean market.

According to sources in the telecom industry, Apple is running a smartphone exchange program with three Korean mobile carriers, which pay 150,000 won ($135) to those who replace their LG phones with iPhones.

The trade-in program was launched Friday and will run through Sept. 25.

It is the first time that Apple has launched such a program in the Korean market for users of other smartphone brands.

It is an apparent attempt to expand its presence on the home turf of Samsung Electronics, the world’s largest smartphone vendor, after domestic rival LG leaves the market.

Last month LG announced it was withdrawing from the smartphone business by July 31 after incurring around 5 trillion won in deficits.

The purpose of Apple’s trade-in program seems to be to absorb current LG phone users and minimize any exodus to Samsung.

Apple has been trying to increase its market share in Korea, especially with the launch of its 5G iPhones.

According to market researcher Counterpoint Research, Samsung represented 65 percent of the Korean smartphone market last year, followed by Apple with 21 percent and LG with 13 percent.

To beef up its market share, Apple launched its first 5G smartphone, the iPhone 12, in Korea earlier than usual. The US tech titan also opened its second Apple Store in Seoul in February.