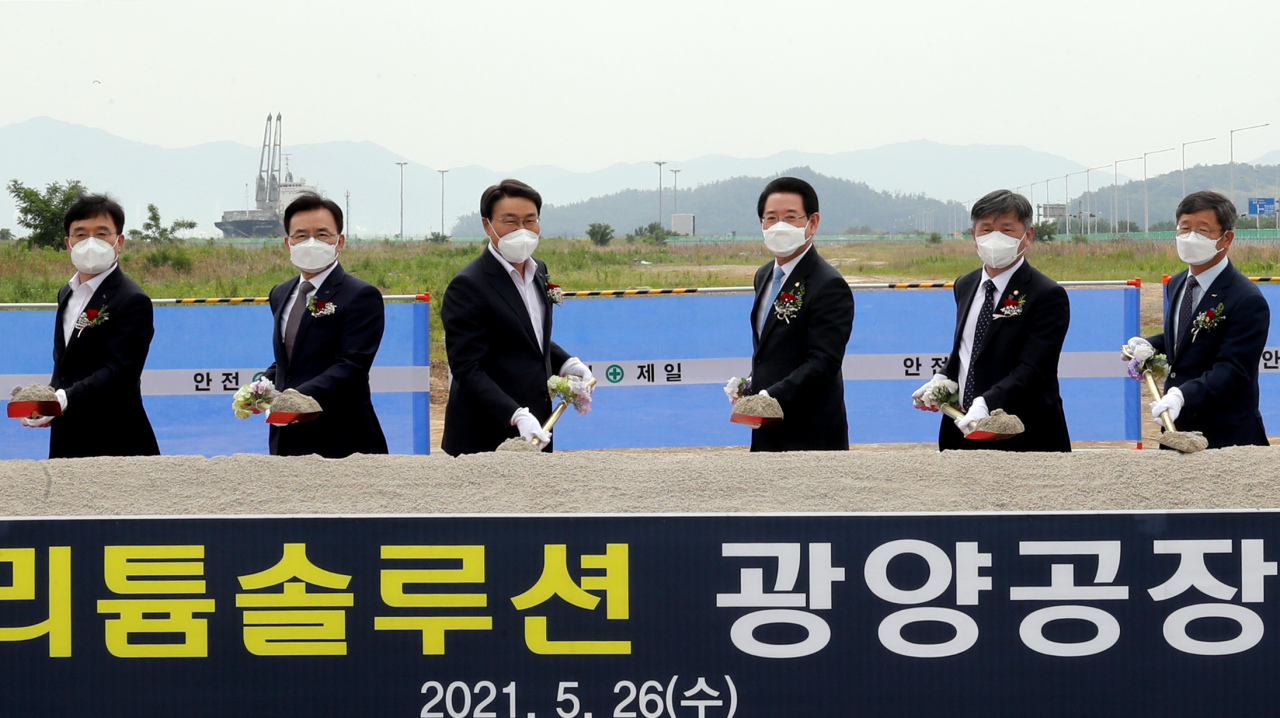 The factory, to occupy a 196,000-square-meter plot inside the Yulchon Industrial Complex in Gwangyang, would have an annual production capacity of 43,000 metric tons of lithium hydroxide, a volume enough to produce 1 billion electric vehicles, the company said.

The construction is expected to complete in 2023.

“To gear up for the electric vehicle era, we have chosen secondary battery material as the company’s growth driver, and pursued anticipative investment and technology innovation to mass produce lithium,” said Posco Choi Jeong-woo during the groundbreaking ceremony.

“Domestic production of lithium will be an important foundation for Posco’s longevity, and it will also contribute greatly to the country’s secondary battery industry to gain competitiveness in the global market.”

Posco is also planning to kick off construction of another lithium plant in Argentina, which can produce about 25,000 tons of lithium hydroxide.

The Gwangyang factory plan was approved by the company’s board of directors in April, and a new entity named Posco Lithium Solution was established to take charge of the business to extract lithium hydroxide from ores, Posco explained.

The ores will be imported from Australia, the firm added.