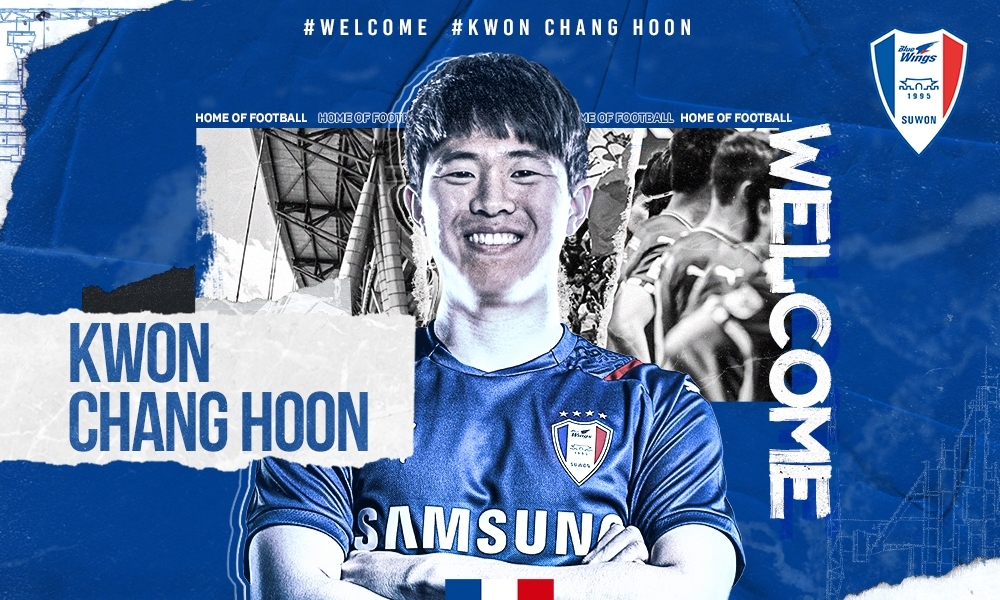 Kwon made his professional debut for Suwon in 2013 and spent four seasons there, notching 22 goals and nine assists in 109 matches at all competitions.

He embarked on a European career in January 2017, first signing with the French club Dijon and then moving to the German outfit SC Freiburg in June 2019.

Kwon will spend the remainder of the 2021 season with Suwon and then will try to join the military club, Gimcheon Sangmu, to complete his mandatory service. Kwon will be wearing his old number 22.

There is an outside chance that Kwon will be named to the South Korean Olympic team as one of three overage players. For the Tokyo Olympics, only players born on or after Jan. 1, 1997, are eligible, but countries can each bring up to three players over that limit. South Korean male athletes receive exemptions from the military service by winning an Olympic medal of any color.

On Monday, Kwon was named to the senior national team for three World Cup qualifying matches coming up in June.

"It's great to be coming back to Suwon. It feels like home to me," the Seoul-born Kwon said. "As a veteran player, I'll try to lead by example and take the club to greater heights."

Suwon are currently in second place in the K League 1 with 30 points, three back of the leaders Ulsan Hyundai FC. (Yonhap)