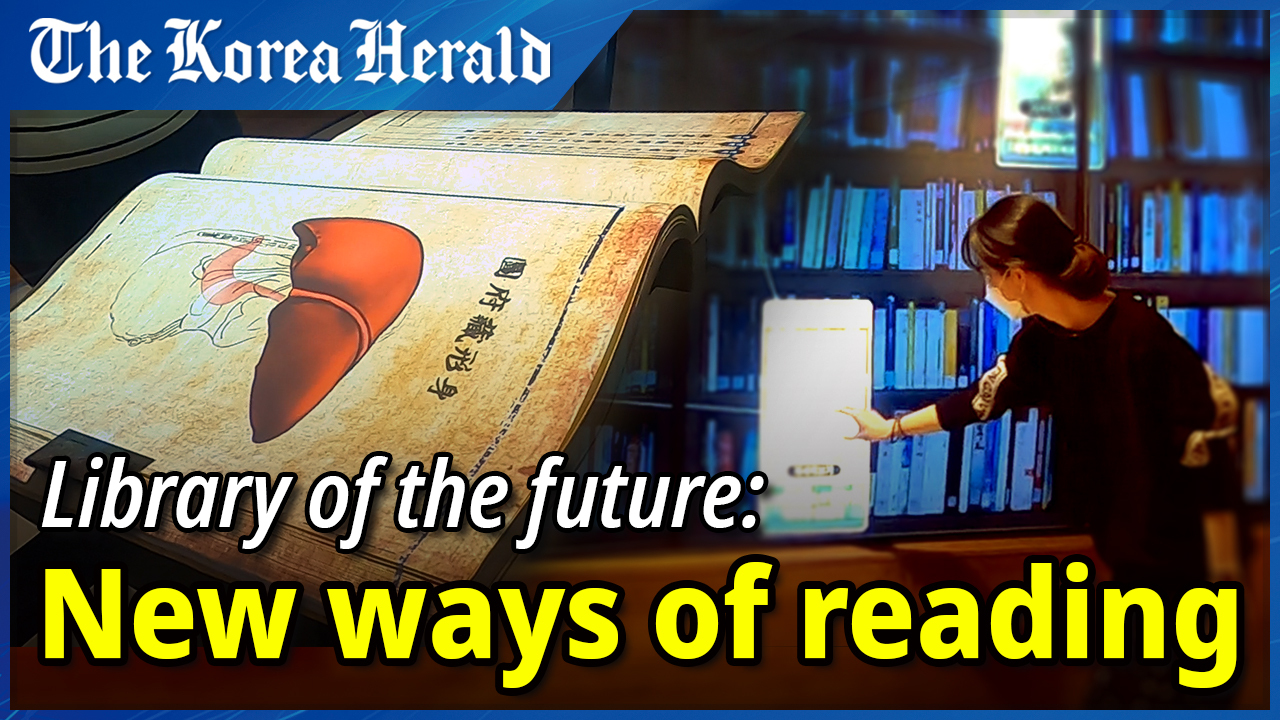 In late March, the National Library of Korea announced the opening of an immersive experience library named Shilgam Seojae. It looks just like any normal library, but features new digital technologies that offer visitors a whole new reading experience.

A Culture Ministry initiative, the immersive experience library transforms texts by combining it with interactive content using multidimensional technologies, such as virtual and augmented reality.

Two months into operation, Shilgam Seojae, which is part of the national library complex in Seocho-gu, Seoul, is proving to be popular among visitors looking for new ways of searching, sorting and digesting books.

A 3D display wall shows the future library storage. (Kim Hae-yeon/ The Korea Herald)
“We were inspired by Jorge Luis Borges’ fiction, ‘The Library of Babel,’ more commonly known through the scene in the movie ‘Interstellar,’” Yu Ji-hyun, who manages Shilgam Seoje, told The Korea Herald during an interview Monday.

“Creating this space and maintaining it is a tough job, as opposed to the public’s general perception that all work is done by big data and robots,” Yu said, laughing.

Yu was especially delighted to see the positive impact the library has on connecting younger generations to the nation’s history in a fun, familiar way.

“But what makes the hard work worthwhile, is when we encounter young visitors who look intrigued by the old books that are presented digitally,” Yu said.

Librarians and scholars collaborated to recreate old texts long kept in storage that novice readers would find difficult to comprehend and maps with hard-to-identify Chinese characters. 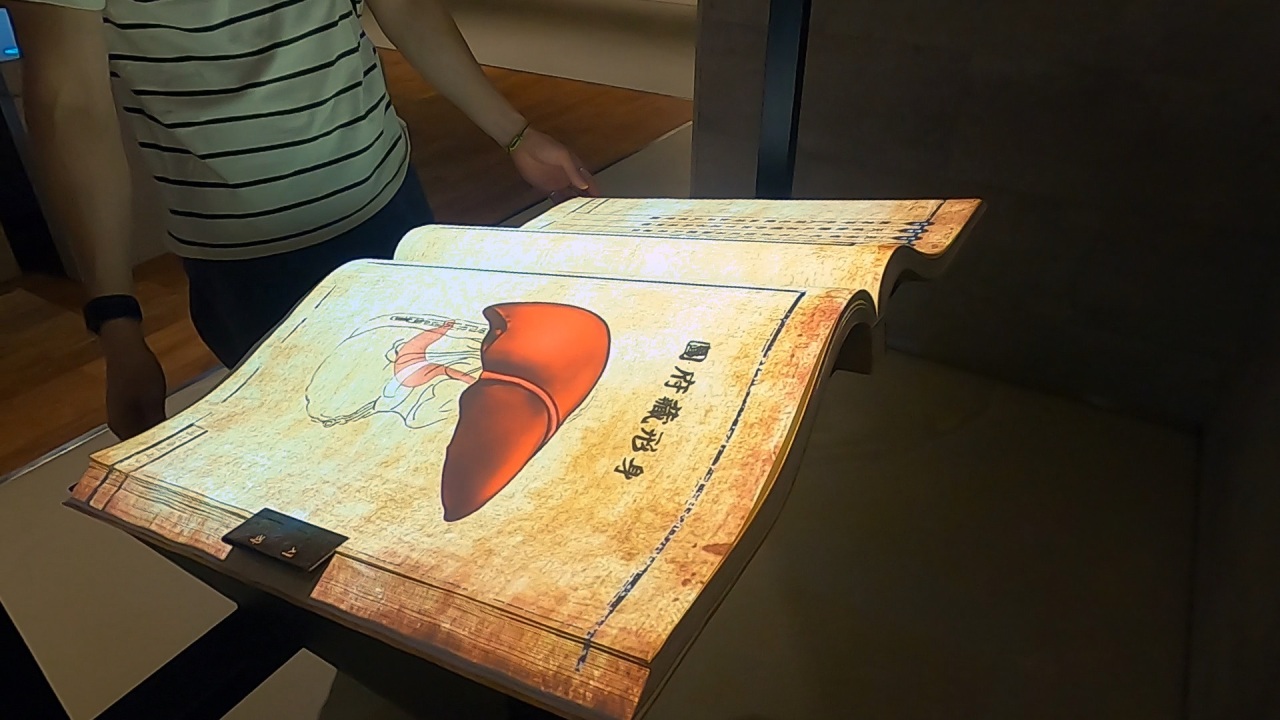 “Mokjang Jido,” or Maps of Ranches, is a book of paintings of ranches rendered in color from the late 17th century. In the digitized version of the state-designated treasure, county names, mileposts, ranch sites and different types of horses appear as moving images, bringing visitors a step closer to the time when the maps were drawn.

Shilgam Seojae is a work in progress. The library’s ultimate goal is to complete a digital archive of its current holdings, some 43 million books, while highlighting the interactive experience of books of historical significance.