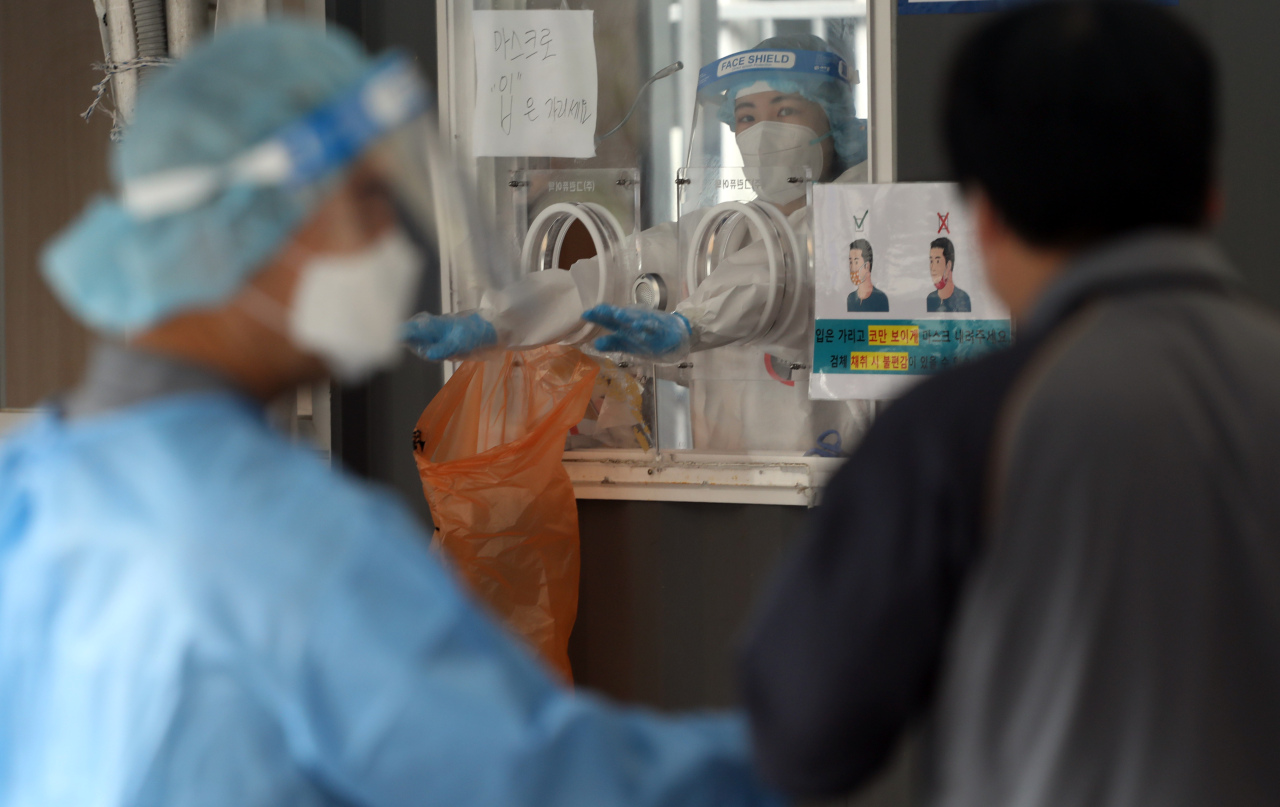 Medical workers carry out tests at a coronavirus testing center in Seoul on Tuesday. (Yonhap)
One member of the South Korean national women's hockey team tested positive for the new coronavirus Tuesday, a local government said.

The athlete, in her 20s, received the positive result while training in Jecheon, about 170 kilometers southeast of Seoul, according to the city government.

On Monday, she got tested for the virus after being notified that she had come into contact with a COVID-19 patient living in Goyang, just north of Seoul.

The national team has been training at a hockey stadium in Jecheon and living together since May 5 to prepare for international tournaments scheduled for the second half of the year.

All 28 members of the team had initially confirmed they tested negative for COVID-19 before joining the training camp.

The infected player left the team residence last Friday and returned to the camp Sunday. She was found to have had dinner with the Goyang patient while off-base.

"The players have been staying in individual rooms at a lodging facility near the hockey stadium," an official with the Korea Hockey Association said. "We told them (Monday) not to be in contact with people outside the team."

The health authorities are conducting virus tests on the rest of the hockey team. (Yonhap)