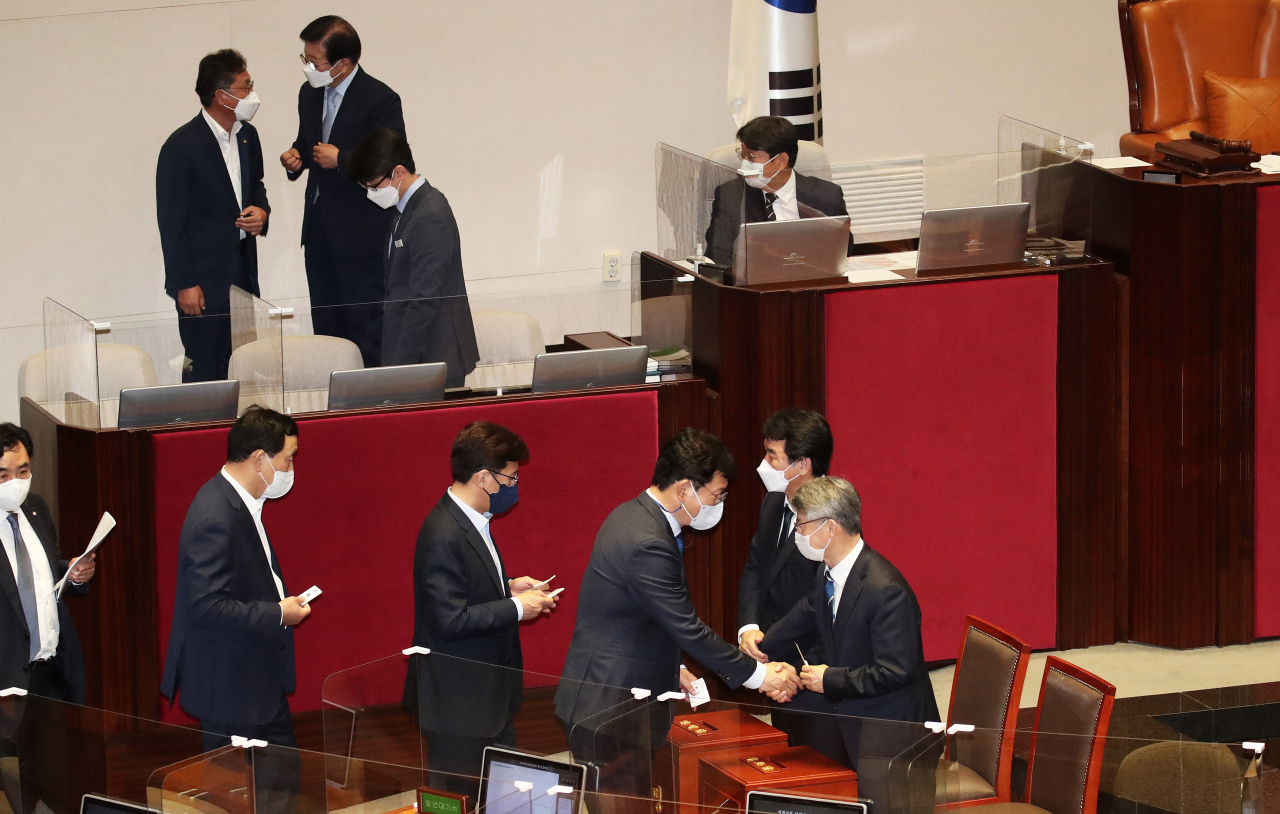 Parliament passed the confirmation bill on Prime Minister nominee Kim Boo-kyum, clearing the way for Moon to appoint the ex-interior minister as his third prime minister.

The bill was approved in a 168-5 vote, with one abstention and two votes invalidated. The DP commands 174 of the 300 parliamentary seats.

The confirmation bill ran into resistance from the main opposition People Power Party (PPP) protesting Cheong Wa Dae's apparent attempt to press ahead with the appointment of three nominees for the oceans, science and land ministries despite controversies over their or their families' alleged ethical issues.

As public opinion soured, a group of freshman lawmakers inside the DP demanded a day earlier that Cheong Wa Dae withdraw at least one of the three minister nominations.

Cheong Wa Dae took a step back and Oceans Minister nominee Park Jun-young, who came under fire for his wife's alleged smuggling of European porcelain ware, resigned earlier in the day.

National Assembly Speaker Park Byeong-seug used his authority to put the bill on general session voting after a special confirmation hearing committee on the prime minister nominee failed to advance the bill.

Following the latest parliamentary confirmation, Moon is expected to soon give his final nod for Kim to take office.

The prime ministerial seat had been vacant for nearly a month after predecessor Chung Sye-kyun stepped down on April 18 to run for the presidency. Deputy Prime Minister for Economy Hong Nam-ki had been acting as prime minister, chairing the daily interagency meeting on the coronavirus fight. (Yonhap)