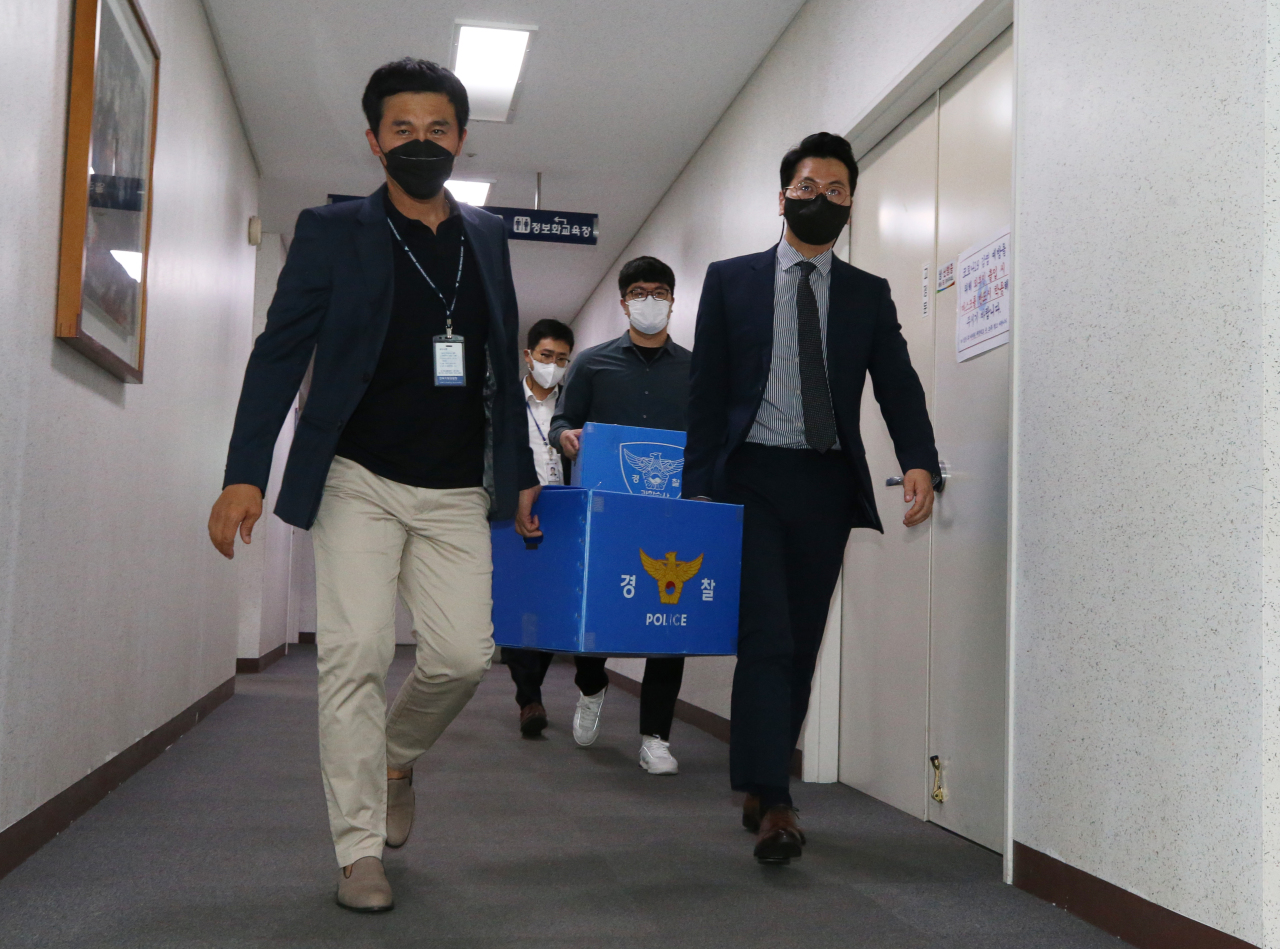 The Jeonbuk Police Agency said it searched the office and the home of the employee hired by the provincial government, located in Jeonju, about 240 kilometers south of Seoul. The suspect's computer files, mobile phone and related documents were seized in the process.

The police said the public servant is suspected of using insider information to buy a plot of land near the site of a planned real estate development project in the nearby county of Gochang. The project is being led by the publicly owned Jeonbuk Development Corp.

Investigators plan to question the suspect after analyzing the seized materials.

The case was the latest in a nationwide crackdown on illegal land speculation activates by public sector workers, prompted by a scandal centered on the Korea Land and Housing Corp (LH). that rocked the nation in March.

A police-led government task force launched in the wake of the LH scandal has investigated some 2,000 people and has transferred 219 suspects to the prosecution. (Yonhap)