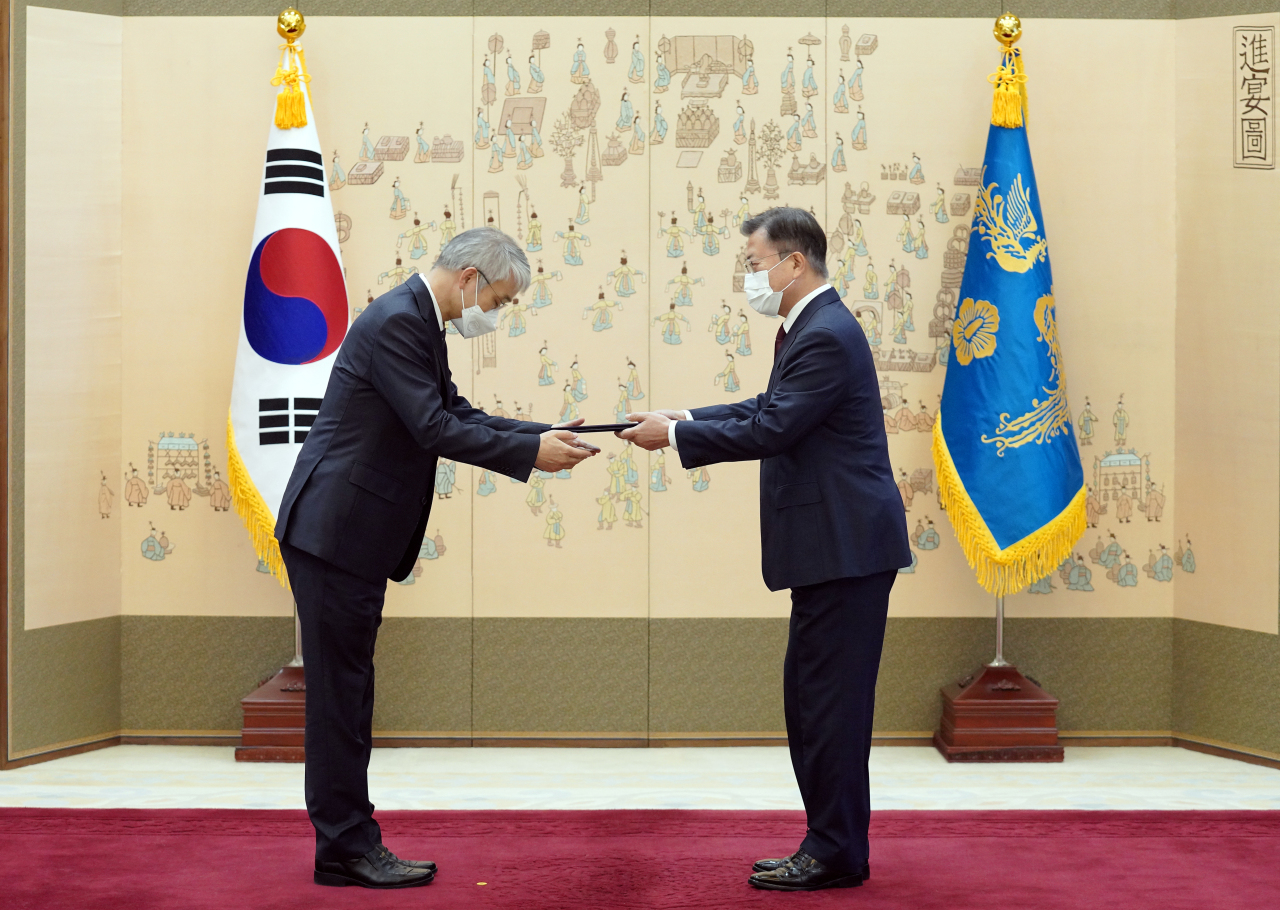 The president took note of Cheon's "firm faith in judicial independence, a guarantee of basic rights and the protection of the socially underprivileged," according to Cheong Wa Dae spokesperson Park Kyung-mee.

"As the Supreme Court's ruling has a profound impact on our society and future generations, the burden will be heavy as a Supreme Court justice," Moon was quoted as telling Cheon after the Cheong Wa Dae ceremony.

In early April, Chief Justice Kim Myeong-su recommended Cheon, then serving as a Seoul High Court judge, to Moon to succeed Park Sang-ok, a retiring member of the 14-member bench, for a six-year tenure.

Cheon went through the National Assembly's confirmation hearing and lawmakers approved of the motion in a vote. (Yonhap)