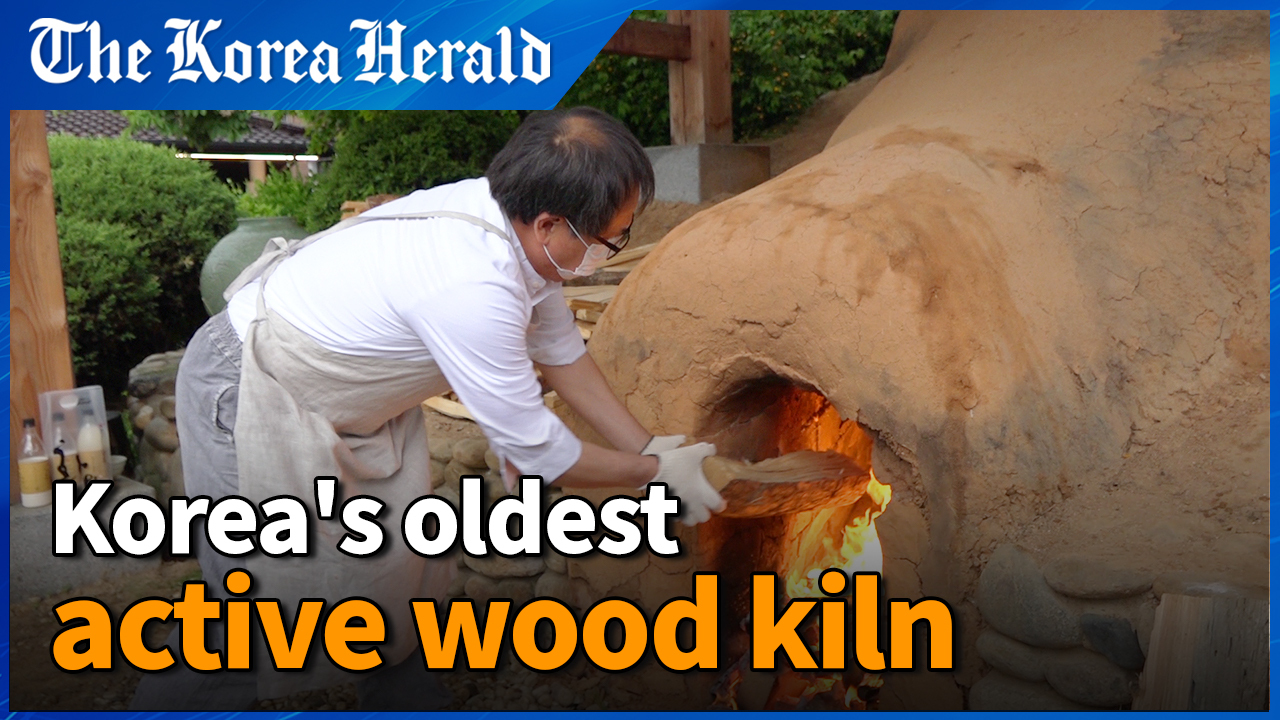 South Korea’s traditional ascending kiln is a living relic of the country’s pottery and porcelain industry. Despite its centuries-old history, it is losing its ground with modern kilns being either gas-fired or electric.

The traditional kiln was built in 1949 and it is the only one in the country that is still functional. At a length of 27 meters, it has 12 separate firing rooms built with bricks and clay. Each firing room, with a width of 2 to 3 meters, has its own entrance and window to allow more detailed fire control.

“As the fire was put in today, we expect to keep the fire going for 36 hours,” Kim Dae-yong, outside director of Kwangjuyo and organizer of the event told The Korea Herald during Friday’s ceremony.

“But after firing the kiln, it takes time to let the kiln cool down. We are planning to open the kiln and pull out the porcelain pieces on May 14.”

Twenty-two professional ceramists and students majoring in ceramics from the Seoul National University of Science and Technology also took part.

“The process of pottery changing in the wood kiln is very dynamic. We don’t know what is going to happen,” Kim said. “In case of electric or gas-fired kilns, we can strategically control fire. But with kilns like this one, we cannot expect the outcome.”

“The reason is that the ash from burning wood sticks to the pottery and becomes a glaze. So it depends on many aspects including how the wind blows, how the fire flows and what kind of trees you are burning,” he added.

Once taken out of the kiln, the porcelain will be on display at Kwangjuyo Hannam store in Seoul for two weeks from June 1.