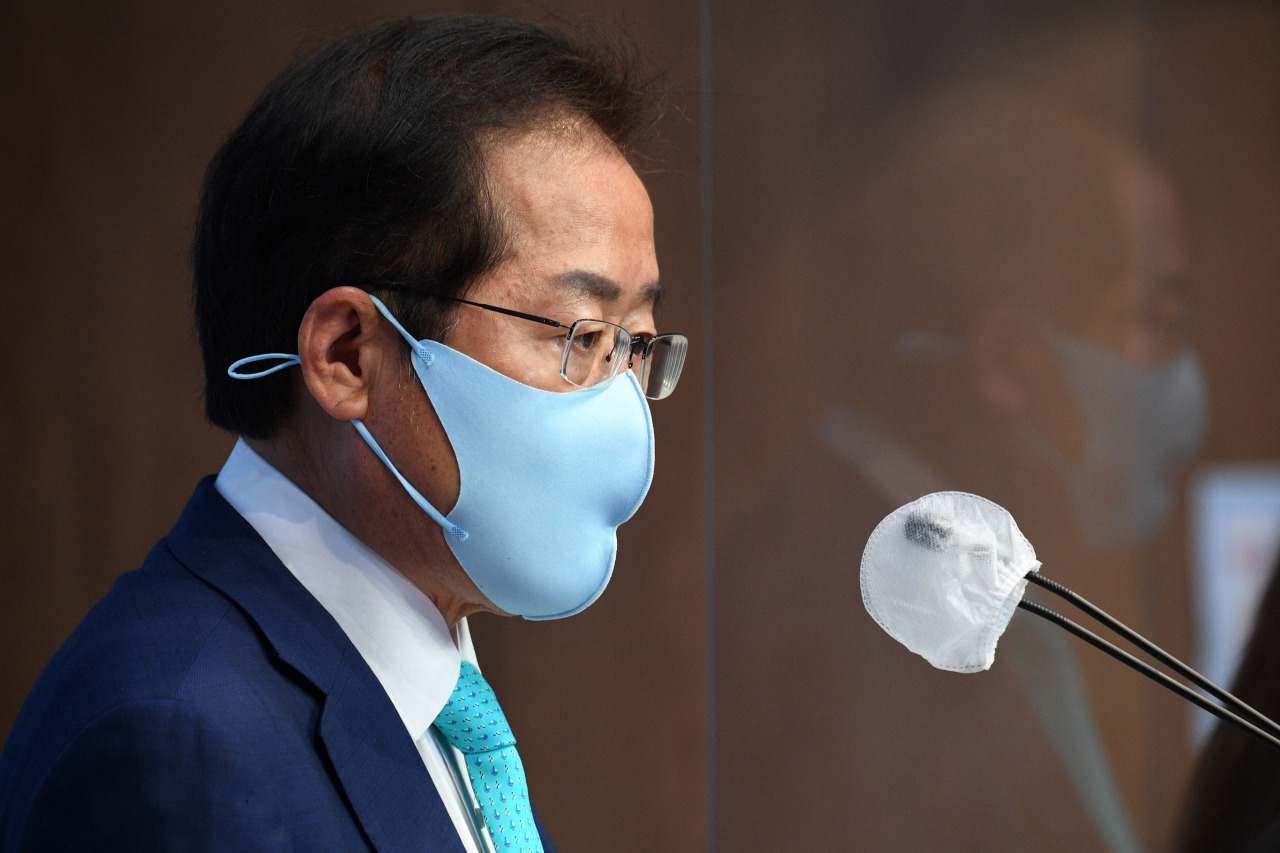 "I think it's time to return to the (People Power) Party," Hong, currently an independent based in the southern city of Daegu, said in a press conference at the National Assembly.

The lawmaker said he will soon submit an application for party membership and take other necessary steps.

Last year, Hong defected from the main opposition party, then named the United Future Party, in protest against its decision to disqualify him from running for the 2020 parliamentary election on the party's ticket.

Hong left the party and won a parliamentary seat representing a constituency in Daegu as an independent.

Previously, Hong served as a floor leader and a member of the supreme council at the party and ran for the presidency in 2017 on its ticket.

"The (more than) one-year period during which I stayed outside the party has been a time of deep reflection on my political career as well as my shortcomings," Hong said.

"I seek to return to the party so that I can ... rebuild the government administration that is in tatters and play a role as a basis for normalizing the country through a power transition," he added.

The lawmaker wanted to recover his party membership soon after the latest parliamentary election, but hadn't applied for it because of "a bad personal relationship" he had with the then-party leader, Hong said, apparently taking aim at ex-party leader Kim Chong-in who stepped down a month earlier.

Hong requires the nod from a regional membership review committee of Daegu as well as the central supreme party council to recover his party membership.

He is widely reported to be weighing an option to run for the presidential election set for next year. (Yonhap)