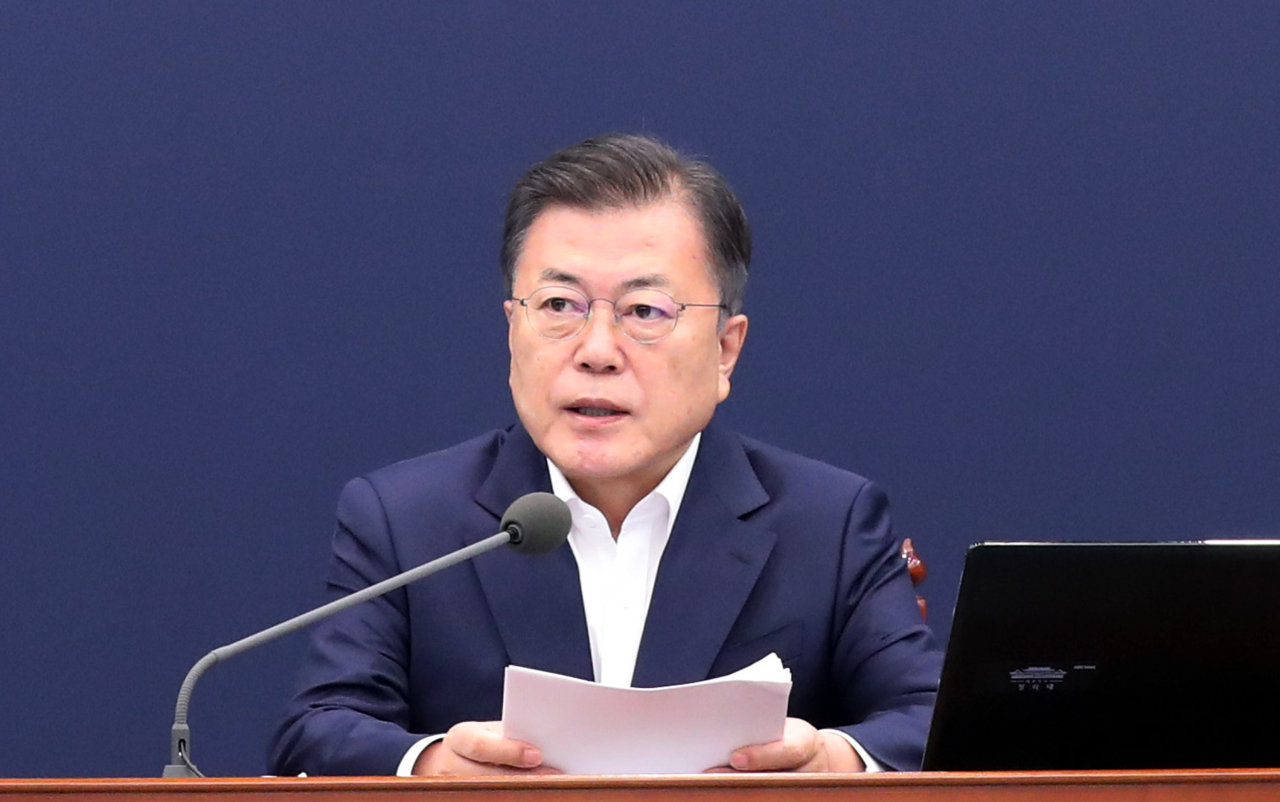 In a four-day weekday poll by Realmeter on 2,015 voters nationwide conducted last week except on the Children's Day holiday, Moon gained support from 36 percent of respondents, up 3 percentage points from the all-time low of 33 percent recorded the previous week.

Moon's disapproval rating fell 2.3 percentage points to 60.3 percent. The poll was released on the fourth anniversary of his inauguration.

The 5.1 percentage point approval difference between the two parties marks the smallest since a massive land speculation scandal centered on the state housing developer, Korea Land and Housing Corp., broke out in early March, triggering public outrage against the ruling bloc.

The margin of error is plus or minus 2.2 percentage points with a confidence level of 95 percent.

In a separate Realmeter survey asking which areas Moon should focus on in his final year in office, 29.5 percent pointed to the tackling of the new coronavirus pandemic, including the stable procurement of vaccines.

Moon has one year remaining in his term until South Korea picks a new president next year.

Other major areas also included the stabilization of the overheated real estate market, with 24.8 percent, followed by the pursuit of national unity, job creation and facilitating peace on the Korean Peninsula with 14.4 percent, 14.1 percent and 7.9 percent, respectively.

The survey, conducted on 500 voters across the country last Friday, had a margin of error of 4.4 percentage points. (Yonhap)