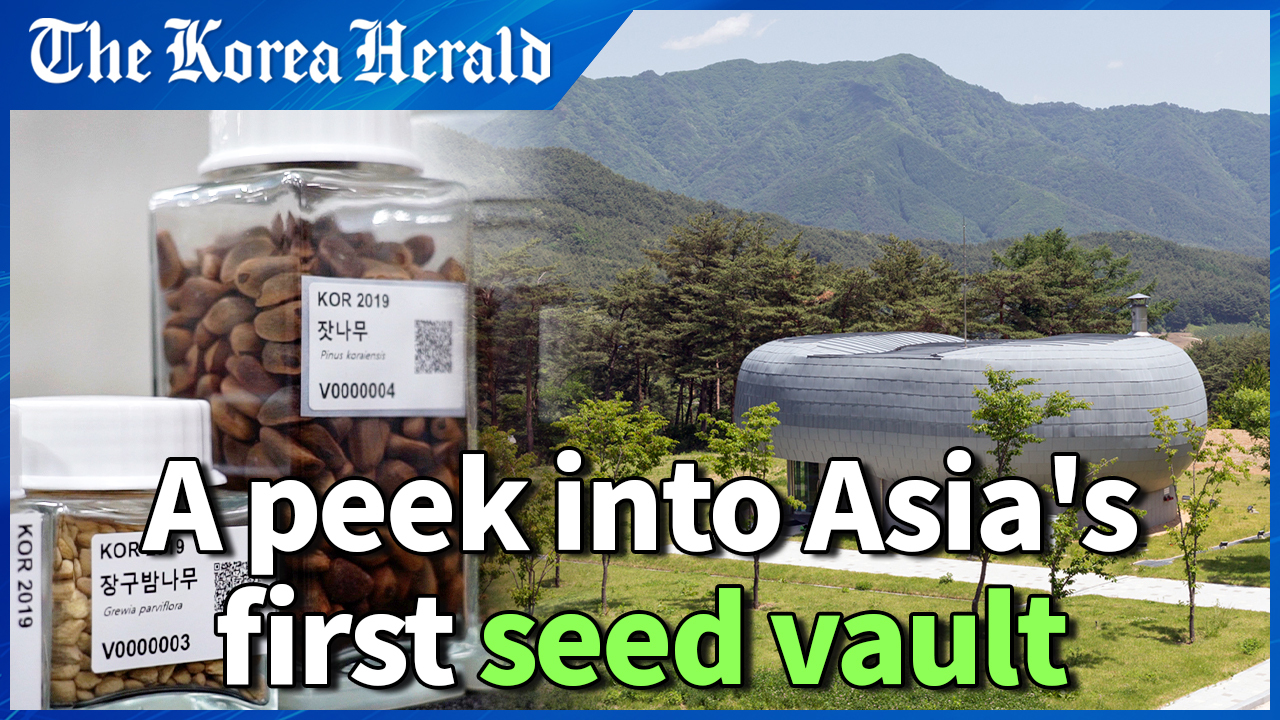 Six hundred meters up a mountain in the southern part of the country’s longest range, Baekdu-daegan, stands a building in a clearing with a seed-shaped roof.

The idea of building a Seed Vault in South Korea initially began with the Nagoya Protocol on Access and Benefit Sharing in 2010. Officially launched in 2016 and designated a national security facility since 2019, the Baekdu-daegan Seed Vault’s main purpose is to secure biodiversity from threats such as natural disasters, climate change and war, to support sustainable life for human beings.

The Baekdu-daegan Seed Vault in Korea is one of only two built worldwide - the other is Svalbard Global Seed Vault, which opened in 2008 on an arctic Norwegian Island. It currently stores over 90,000 types of seeds.

The main part of the tightly controlled Seed Vault is located in a tunnel structure 46 meters below ground. Padded jackets, boots, and gloves are a must in order to bear the temperature inside, kept at 20 degrees below zero Celsius. 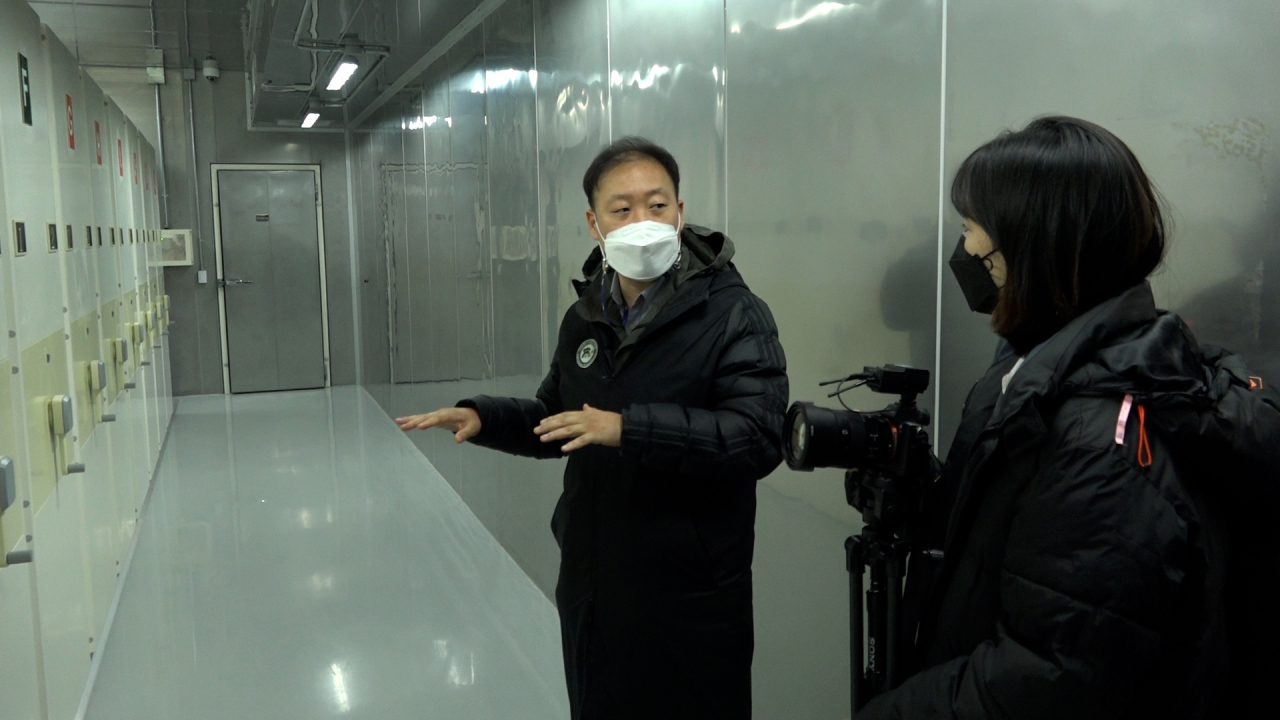 Inside the Seed Vault, 46 meters underground. (Kan Hyeong-woo/ The Korea Herald)
“According to botanical research done so far, it is known that the lower the temperature, and the lower the humidity, the plant seeds gain stronger vitality.” said Lee Sang-yong, General Manager of Seed Vault Center.

“These are sacred lotus (Nelumbo nucifera) seeds, those that bloomed as flowers after 700 years have passed” While explaining the powerful vitality of each seeds, Lee carefully presented a seed bottle kept inside one of the cabinets of Seed Vault. While the majority of species are kept and researched within the domestic realm, the center has received seeds from eight different organizations in four different countries through a global donation project that started in 2016.

The location of Seed Vault was selected after comprehensive consideration of both the topographic characteristics and the unique history of the region. “Since a long time ago, Bonghwa-gun has been historically known as one of the safest regions from natural and wartime threats in the Korean Peninsula. The annals of the Joseon dynasty were stored in five different regions, (Bonghwa being one of them), which also proves the point.”

Although Norway’s Seed Vault started some eight years earlier, there are core differences in its purpose and objectives.

“Svalbard’s Seed Vault in Norway focuses on preserving crop seeds for food resources for future generations, whereas the Baekdu-daegan Seed Vault also serves the purpose of storing wild plants that are on the verge of extinction, on top of food resource plants.” 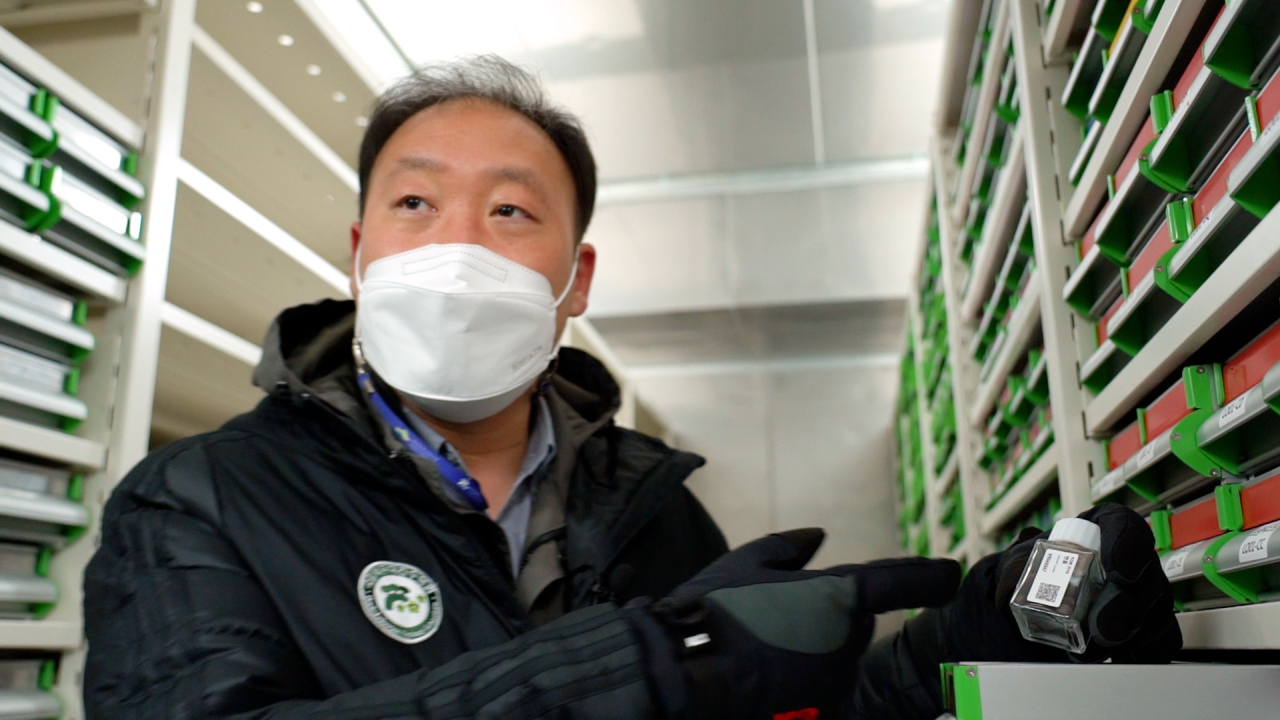 “The acid extract used in Tamiflu is produced by the plant called Star Anise. When similar diseases spread out globally in the future, only to realize that certain plants have become extinct, humanity will not be able to survive.”

Seed Vault’s current objective is to be the foothold in Asia, building a cooperative network with not only worldwide seed-related institutions but also international organizations such as Food and Agriculture Organization, Botanic Gardens Conservation International and Asian Forest Cooperation Organization.