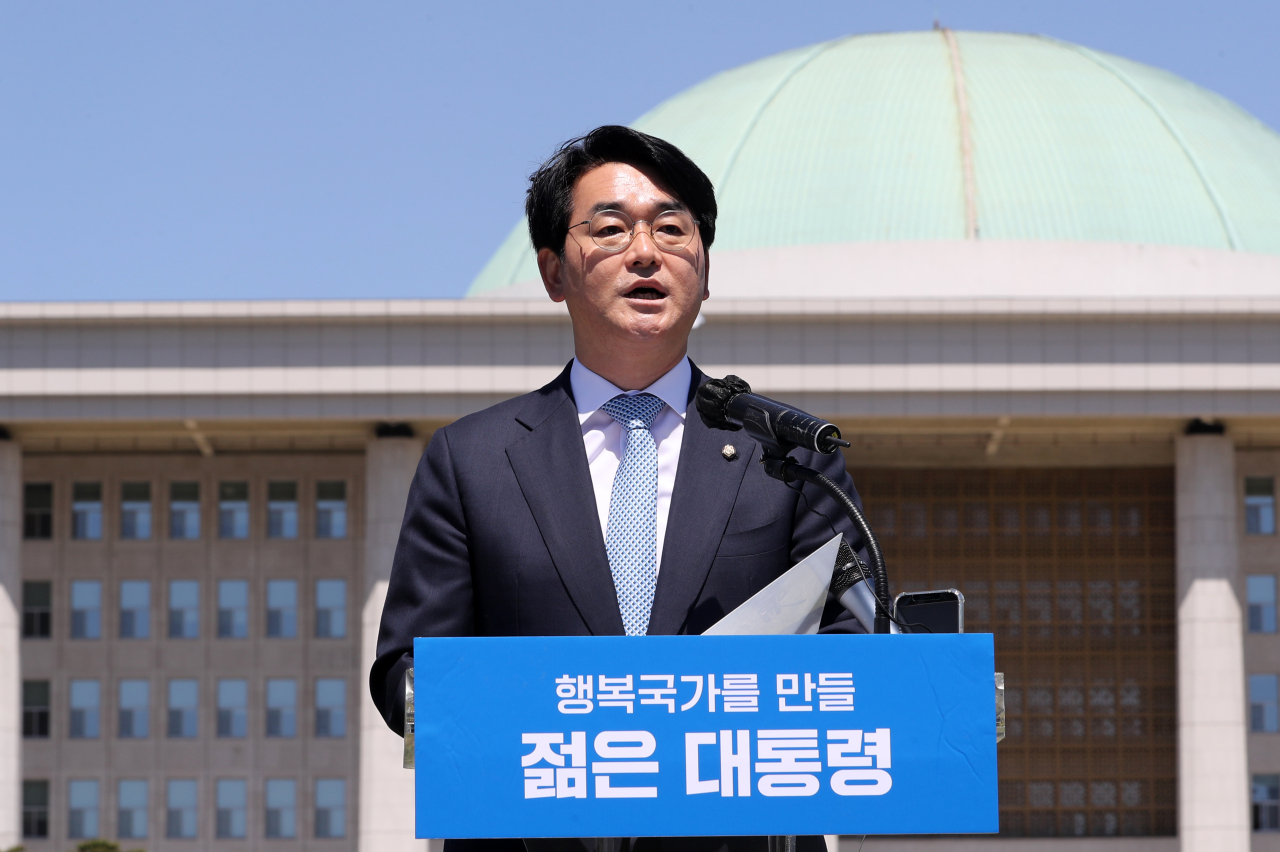 "I will achieve a change of era in the Republic of Korea through a generational change in politics," the 50-year-old said during a press conference held on the National Assembly compounds.

"I will create a happy nation and become a courageous and young president who stands up against unfairness and inequality," he said.

Park recently made news for suggesting that South Korea replace its draft with a volunteer military system and require both women and men to receive basic military training for up to 100 days.

He reiterated Sunday that he would work to make that happen if elected. (Yonhap)