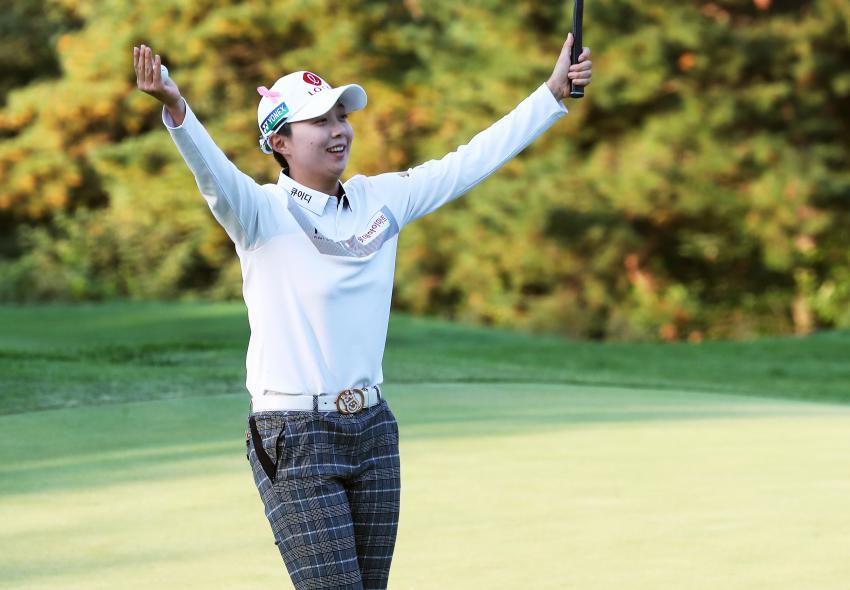 The 26-year-old golfer captured the HSBC Women's World Championship title at 17-under 271 to beat Hannah Green of Australia by one stroke, with an eight-under 64 in the final round at Sentosa Golf Club's New Tanjong Course.

Kim last won an LPGA tournament in 2016 at the Pure Silk Bahamas LPGA Classic. Before that, she won the Evian Championship in 2014 and the Founders Cup in 2015. (Yonhap)