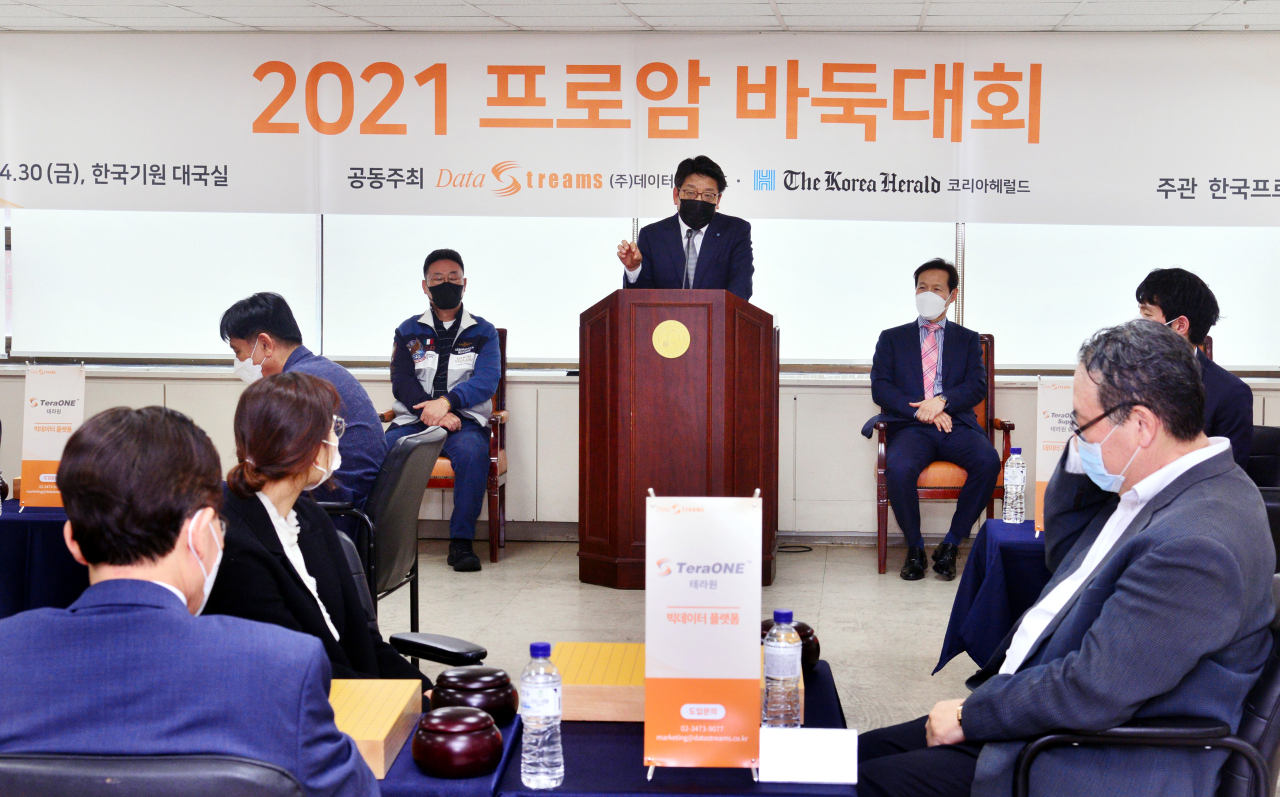 “Each player here is a living legend and a hero who has made Korea proud,” said The Korea Herald CEO Choi Jin-young. “Since they gave hope to not only Baduk fans but also citizens, I would like to thank them.”

Each professional player took on two amateurs at once. The matches were held in two separate rounds with each lasting about 100 minutes.

The game of Go is played between two players on a wooden board with black and white stones. After the players choose the color of stones they are going to play with, the match begins on an empty board. The main goal of the game is to form as large of a territory as one can by laying down the stones side by side so they are connected.