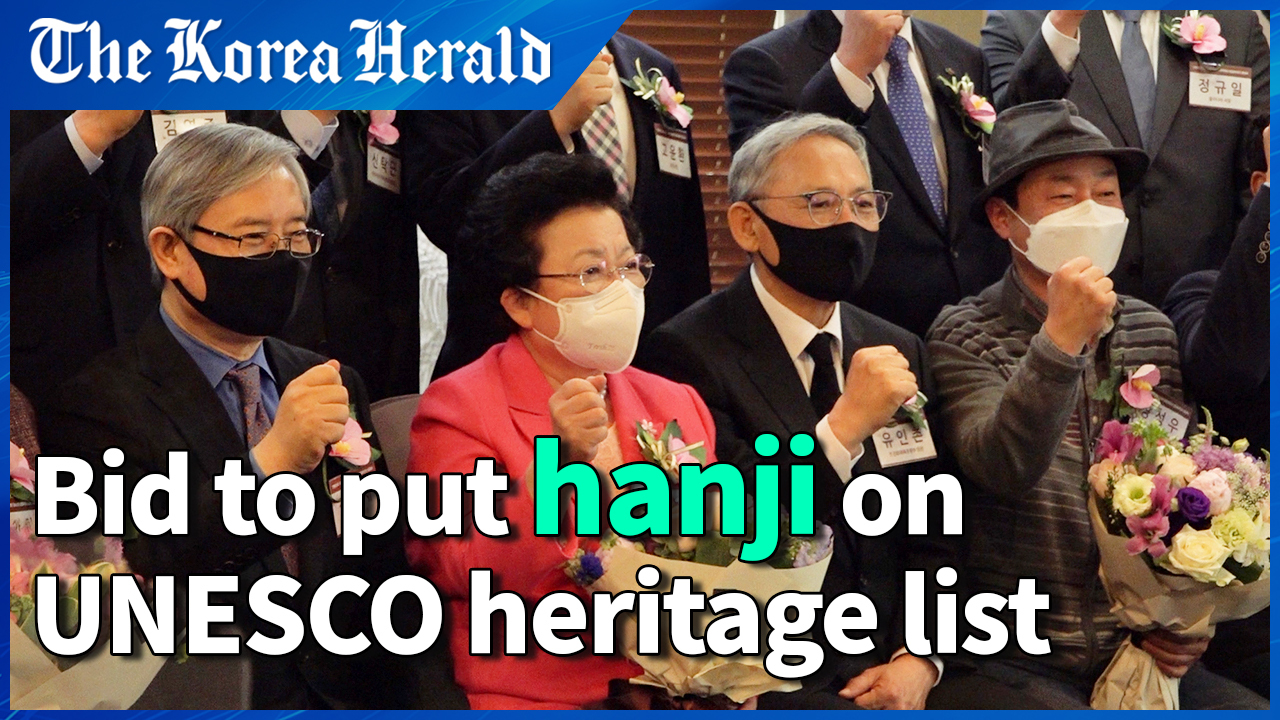 A committee to promote Korean traditional paper “hanji,” which are handmade from mulberry trees, was launched on Thursday in hopes it will win recognition as a UNESCO intangible cultural heritage.

Politicians, public administrators and experts in the field of traditional craft making gathered at the Korea Press Center in central Seoul to discuss initiatives that need to be taken for hanji to be included on UNESCO’s Representative List of the Intangible Cultural Heritage of Humanity.

It was followed by multiple speech sessions which highlighted the findings and significance of hanji’s role in Korean history.

Lee Bae-yong, former head of the Academy of Korean Studies, will be serving as head of the newly created committee. She played a major role in promoting national temples and Korean Neo-Confucian academies that have been declared part of the UNESCO list.

“Traditional Korean paper has an extreme durability, which lasts for over a thousand years. The texture is softer than silk, and is recognized for its artistic excellence,” Lee spoke during an interview with The Korea Herald. “The world already recognizes the outstanding value of Korean traditional paper as an environmentally friendly paper.” 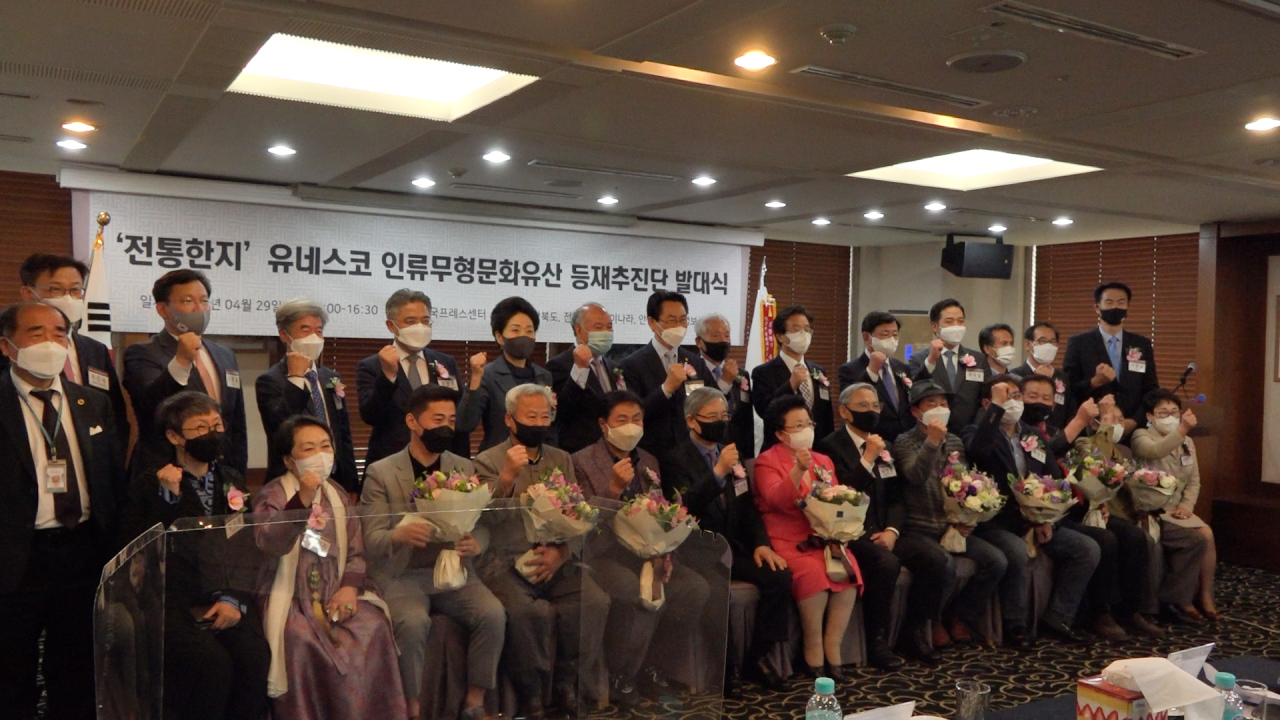 A meeting of a new committee dedicated to putting hanji on the UNESCO intangible cultural heritage list kicks off on Thursday. (Kim Hae-yeon/ The Korea Herald)
Through hanji, Lee added that her objective in the near future was to instill a sense of pride in Koreans, and for the traditional craft to be loved by a global audience.

Former Minister of Culture, Sports, and Tourism, Yu In-chon, who participated as key member of the committee, also shared his thoughts and affection for hanji.

“In reality, it (hanji) keeps disappearing (from the public scene). But efforts like this will make it receive the recognition it deserves as art is worth preserving and being protected,” Yu said.

Yu emphasized that the pure color of hanji differs from other types of traditional papers from China and Japan.

South Korea so far has 21 traditions, practices and arts that have won recognition as part of the UNESCO intangible heritage list, including “pansori,” “taekkyeon,” “gimjang” culture and Arirang.

Meanwhile, efforts are also underway for Korean masks, commonly known as “tal,” to be added as Korea’s 22nd item on the list, which would make hanji the 23rd, if it wins approval.