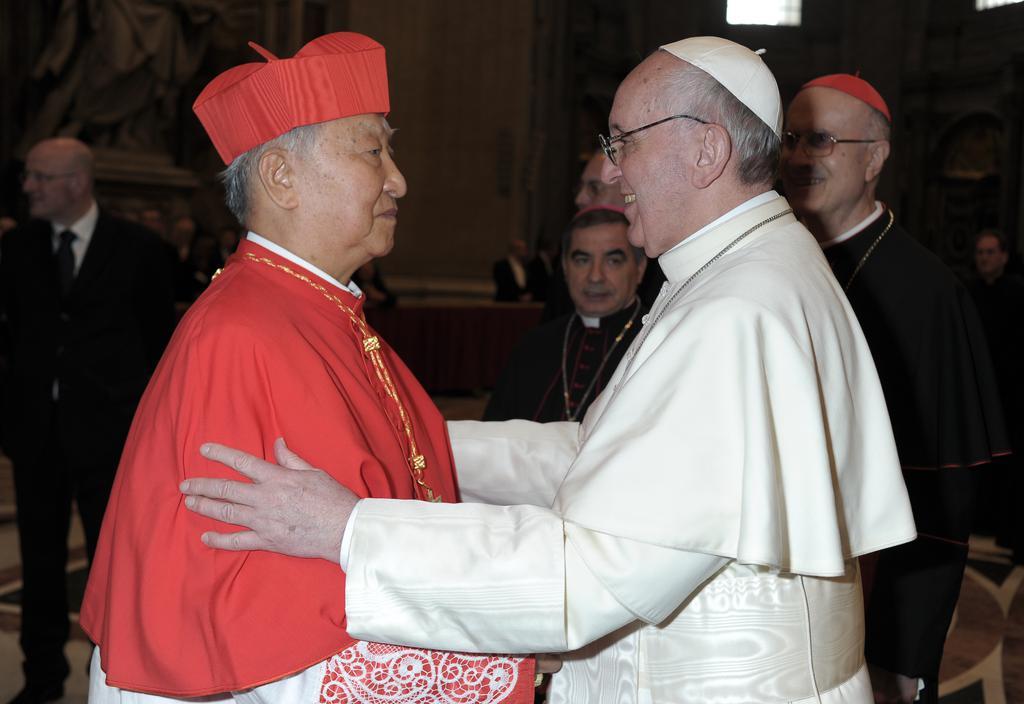 In this photo provided by the Catholic Archdiocese of Seoul, Cardinal Nicholas Cheong Jin-suk (L) meets Pope Francis at St. Peter's Basilica in the Vatican in March, 2013. (Catholic Archdiocese of Seoul)
Pope Francis has sent a message of condolence on the death of South Korean Cardinal Nicholas Cheong Jin-suk, the Holy See said Thursday.

"I was saddened to learn of the death of Cardinal Nicholas Cheong Jin-suk, Archbishop Emeritus of Seoul," Pope Francis said in a telegram sent to Cardinal Andrew Yeom Soo-jung, incumbent Archbishop of Seoul.

"I offer to you and to the clergy, religious and lay faithful of the Archdiocese my heartfelt condolences and the assurance of my prayers," he said. "I join all assembled for the solemn funeral Mass in commending his noble soul to the compassionate love of Christ the Good Shepherd."

The pope also appreciated Cheong's contribution to the Catholic church in Korea and to the Holy See, and blessed all people who mourn the late cardinal's death.

Cheong, who was given the title of cardinal in 2006 by Pope Benedict XVI, died Tuesday night at the age of 89.

After a three-day mourning period, his funeral will be held at Myeongdong Cathedral in Seoul on Saturday. (Yonhap)