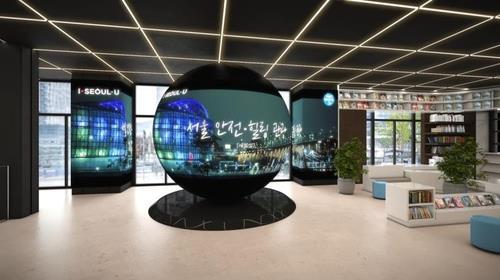 Seoul Tourism Plaza, located inside Samil Building in the central Jongno Ward, is spread across floors one and four to 11, with a tourism information center and souvenir shop on the first floor and the offices of various tourism organizations, associations and startups on the upper levels.

The city government said the plaza aims to help local tourism businesses overcome the COVID-19 crisis and lead the fast-changing trends in the industry.

"Tourism in the post-COVID-19 era will focus on safety, localization, and going virtual or digital," Seoul Mayor Oh Se-hoon said at the plaza's opening ceremony. "The city of Seoul is actively pursuing projects to support, restore and advance the city's tourism sector in order to secure a top place in terms in demand in the global tourism market."

The city government said the plaza's three core areas of focus will be providing assistance to tourism businesses hit by the COVID-19 pandemic, strengthening cooperation between relevant associations and the public and private sectors, and expanding tourism opportunities for citizens.

The city government said the plaza was formed in response to industry calls for a tourism hub in the capital, after the state Korea Tourism Organization relocated to Wonju, Gangwon Province, in 2015. (Yonhap)