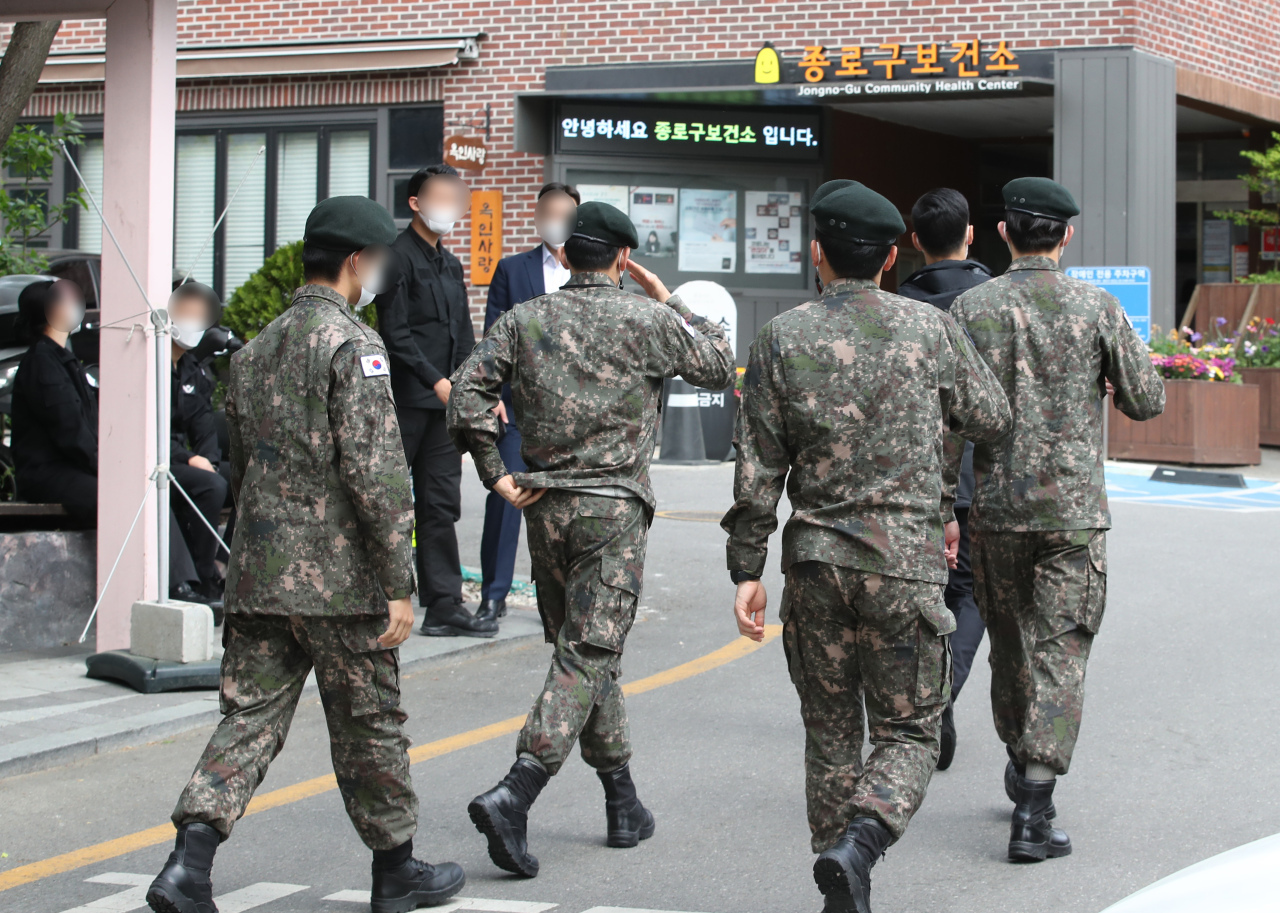 Of them, a service member of the armed forces athletic corps in the central city of Mungyeong was confirmed to have contracted COVID-19 after participating in an international competition abroad, while a soldier in the northeastern county of Inje tested positive after newly joining the Army, according to the ministry.

In Yangju, north of Seoul, an officer was found to be infected after a family member tested positive.

The latest cases raised the total number of infections reported among the military population to 780.  Amid persisting concerns over the spread of the virus in barracks, the military began vaccinating troops aged 30 and older on Wednesday.

On the first day, around 10,000 service members received their first AstraZeneca vaccine shots, including the chiefs of the Army, the Navy and the Air Force.

Around 10 cases of side effects after vaccination have been reported, most of them being mild symptoms such as muscle pain, according to a military source.